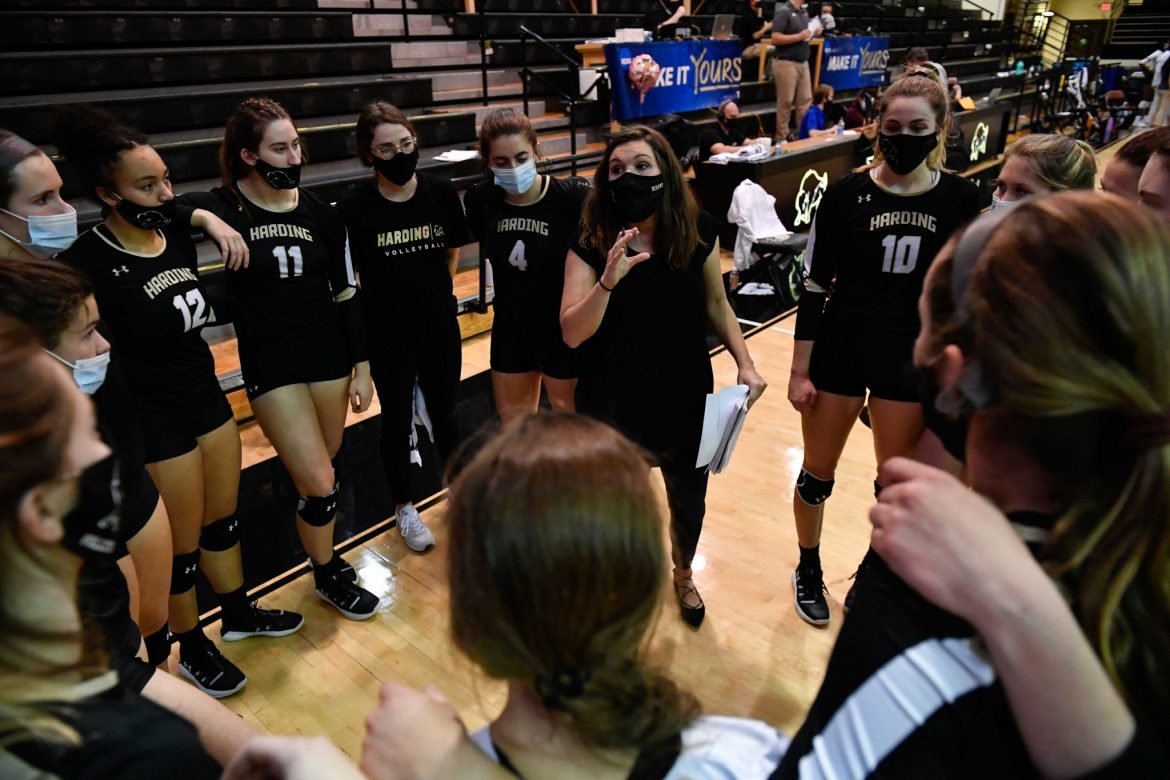 The Lady Bisons volleyball team ranked 12th in the American Volleyball Coaches Association (AVCA) Division II poll. The AVCA poll is voted on by coaches in each division, and this is the second time in program history that the team has been ranked. The last time the Lady Bisons were ranked was in 2011 when Harding ranked 23rd. Sophomore middle blocker Libby Hinton led the Lady Bisons in the three-set win over Southern Arkansas University Feb. 9, registering a season high of both kills (11) and attack percentage (.529) and helping the team earn their third victory. Hinton was recognized as week three’s Great American Conference (GAC) offensive player of the week for her performance and said the ranking portrays the growth and legacy of Harding volleyball.

“It means a lot to receive this ranking,” Hinton said. “It means we are playing at a high level and continuing to grow the legacy of Harding volleyball.”

Sophomore Emma Winiger said this ranking showcases all of the hard work that they have been putting into this season over the past year, despite all of the challenges.

“With COVID, our season is very different, but our team is really good at finding ways to overcome the things that come our way,” Winiger said. “For example, we haven’t had a match yet where all of our team could play, whether that be from having COVID-19 or being close contacted, it has been really different not having all of our squad there.”

Sophomore Kelli McKinnon said she thinks because of the nature of their season, it motivates everyone to enjoy each day and each game.

“This season has been one that we just feel so grateful we get to play in, and I think that has really motivated us to progress beyond what we previously thought we were capable of,” McKinnon said. “This season for me, and I think all of the team can say, is just one where we feel even more inspired than ever to play like every game is our last and to never pass up an opportunity that comes our way.”

After 12 days of not playing due to inclement weather, the Lady Bisons won against Arkansas Tech Tuesday, Feb. 23, to remain on the top of the GAC with a 4-0 record. The volleyball team will be back on the court Tuesday, March 2, when they travel to Arkansas Monticello, who they beat 3-0 in their opening game of the season.