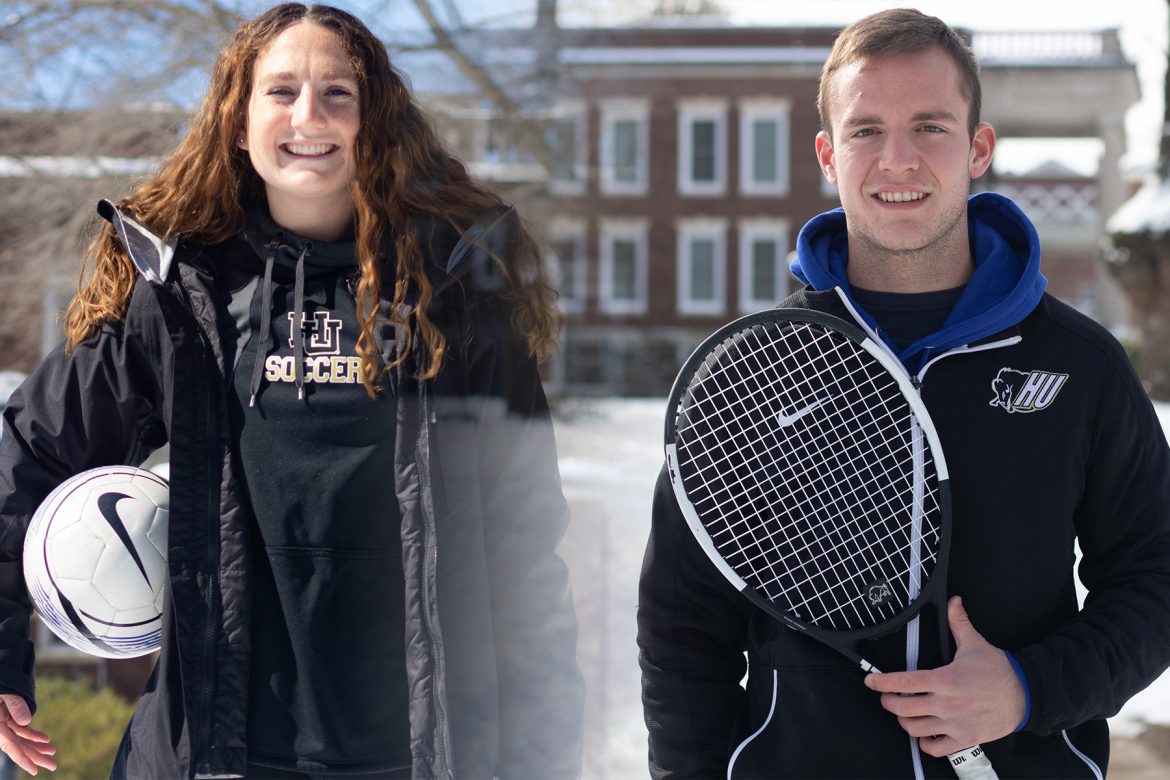 This semester, the Harding men’s tennis team and women’s soccer team appointed two juniors as the captains of their respective teams, meaning that a younger member of the team showed the credentials necessary to lead the team.

Junior Matthew Mihalko is one of two tennis captains.

“Matthew has done a really great job as one of our team captains so far,” junior Will Reeves said. “He brings a lot of energy to practice every day, and the overall level and intensity of practice is definitely influenced by him.”

The responsibilities of a captain include leading the team in any way they can and setting an example for the younger players who may not know what is expected yet. Captains keep the team on track while warming up, practicing or playing,  encouraging everyone to play with energy and intensity.

“My experience being a captain so far has been amazing,” Mihalko said. “I’m not one of the better players on the team, so when I got here, I realized that I’d have to find other ways to help us win, which [is] pushing my teammates in practice, conditioning, and even cheering them on and coaching them up during matches.”

Junior Grace Ann Green is a captain for the soccer team.

“The work ethic and attitude of the team reflects the leadership, so she has to keep herself with a cool head and be a hard worker,” volunteer coach Kelson Miller said. “She was a hard worker before she was a captain, so nothing has changed in that sense, but sometimes the title puts a bit more pressure on you, so making little mistakes can pack a bigger punch.”

Miller said that Greene is not only an exceptional teammate and soccer player, but she also has great character off the field.

“As a person, she’s about as good as they get,” Miller said.“Her hard work follows her off the field and into the classroom, while her leadership qualities only expand in other areas of her life. She will take on any challenge but also knows where the line is. She is excited to learn and will put in the hours to get it right, whether it’s studying for a test or getting that perfect pass.”

Many valuable lessons can be learned through sports, including work ethic, character, punctuality and good sportsmanship. In order to make it to the collegiate level, athletes must retain and practice the lessons that they have learned throughout the course of their sports careers. Being chosen as captain is just reinforcement that a player has maintained these values learned from their sport.

“For our team, there really isn’t much of a process to become captain,” Green said. “We typically take a vote in the spring, following the fall season.”

Green said that as a captain, her main responsibilities include being a good leader, keeping her teammates encouraged, working hard and having fun.

“It’s important to check in and make sure everyone is doing well, mentally and physically,” Green said. “Communication between players and coaches is also important … We all have different strengths and styles that complement each other nicely. The team gets along well, and we all have a good time together, which makes everything more fun. I think there is a lot of mutual respect amongst the players.”