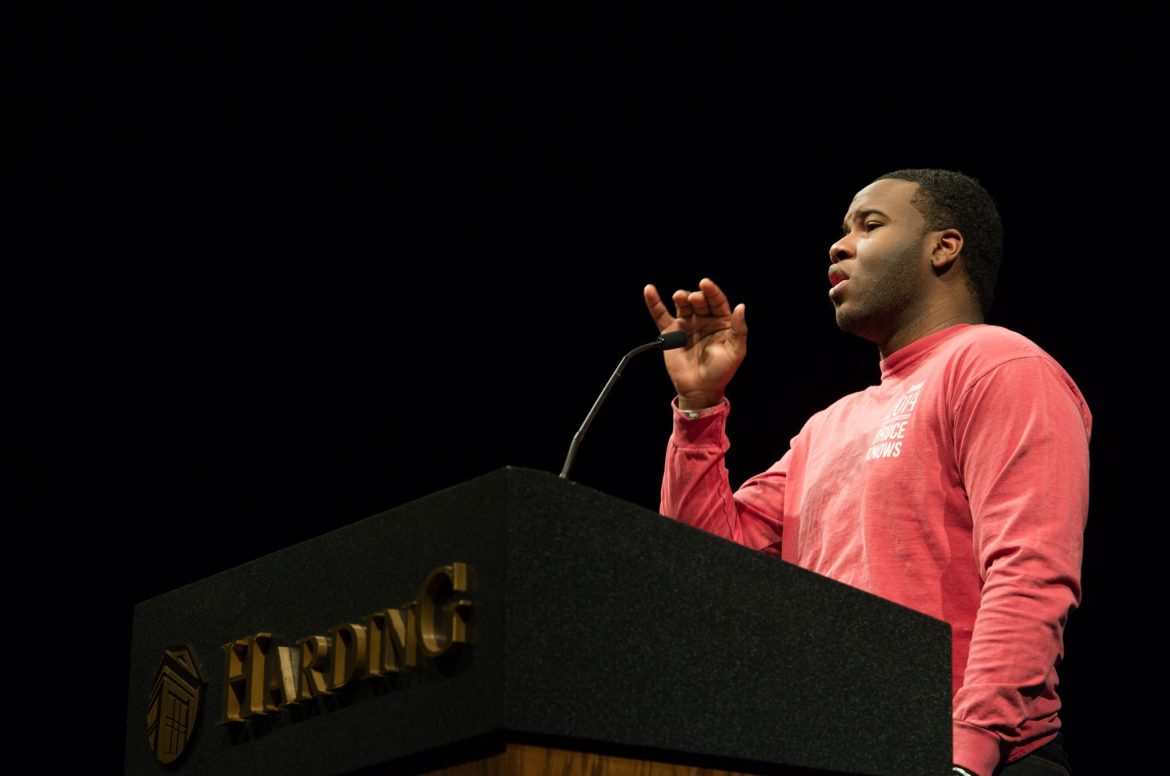 Harding will honor the life and memory of alumnus Botham Jean by placing a bronze monument bearing his image in front of the American Heritage Building, University President David Burks announced in a campus-wide email Monday, Feb. 8.

The Botham Jean Inspiration Award was created in his honor and will be given annually beginning in 2021, presented on Homecoming weekend to a member of the Harding community who demonstrates exceptional faith and perseverance and serves as a role model for the whole community, Burks said in his email.

In addition to the Inspiration Award, two scholarships were established in 2019 and are awarded annually in memory of Jean: The Botham Jean Memorial, created by Jean’s family to be given to a student who has lived in the Caribbean, and the second scholarship, which was established by the Paul R. Carter College of Business Administration in cooperation with PricewaterhouseCoopers (PwC), Jean’s employer, to be “given to historically underrepresented populations as they pursue degrees within the Harding College of Business.”

“The original idea actually initiated the weekend he died,” Steve Lake, vice president of enrollment and major gift officer, said. “He was murdered on a Friday morning, and by the time the weekend was over, I was having conversations with [PwC] about a potential scholarship at Harding. PwC wanted to establish [a scholarship] that would help underrepresented students, and the family wanted one to help kids from the Caribbean because Botham was from the Caribbean.”

Jessica Berry, admissions counselor and close friend of Jean, said that she and others loved Jean because of his passion for everything he did. Berry said she hopes the Harding community, and others who have and will hear his story, can learn from him.

“I hope people use Botham’s legacy and situation as a platform to start conversation, and to do fact checks — history checks — on a lot of things,” Berry said “When you know your history about something, you won’t repeat it — you won’t keep the cycle going.”

Lake also said that Jean exemplified so many admirable qualities, and he believes the Harding community can continue to learn from him.

“Botham embraced the Harding experience fully,” Lake said. “In my opinion, he was as vibrant of a student as I’ve ever seen. His passing and his loss have affected us in many ways. Number one, I think it’s made us recognize that every life is precious, and moments are precious. Our society is struggling with some things, and it magnified that struggle for us — the Harding family — and it made it more real, and so I sense that, in his death, he continues to teach us things. His loss has helped us grow in ways we maybe wouldn’t have before.”

Burks said that Jean is greatly worthy of these honors, and he is glad the University will be able to continue to honor and remember him.

“I was shocked when I heard of his death — just absolutely torn,” Burks said. “I’m so glad that we’re able to do something that will help keep his memory alive. I think he stands out in a category by himself because of all he did in his life and because of what happened to him. So, I think it’s appropriate that we do something.”

Lake said he is thrilled the University will honor Jean in multiple ways and dedicate the monument on his birthday during Homecoming. However, Lake also said he hopes the Harding community will do more.

“It makes me excited to know that his memory will never be forgotten at Harding,” Lake said. “I’m thrilled that we’re doing something on the front lawn, so prominently, and hopefully students for generations will walk by and know who Botham Jean was.”