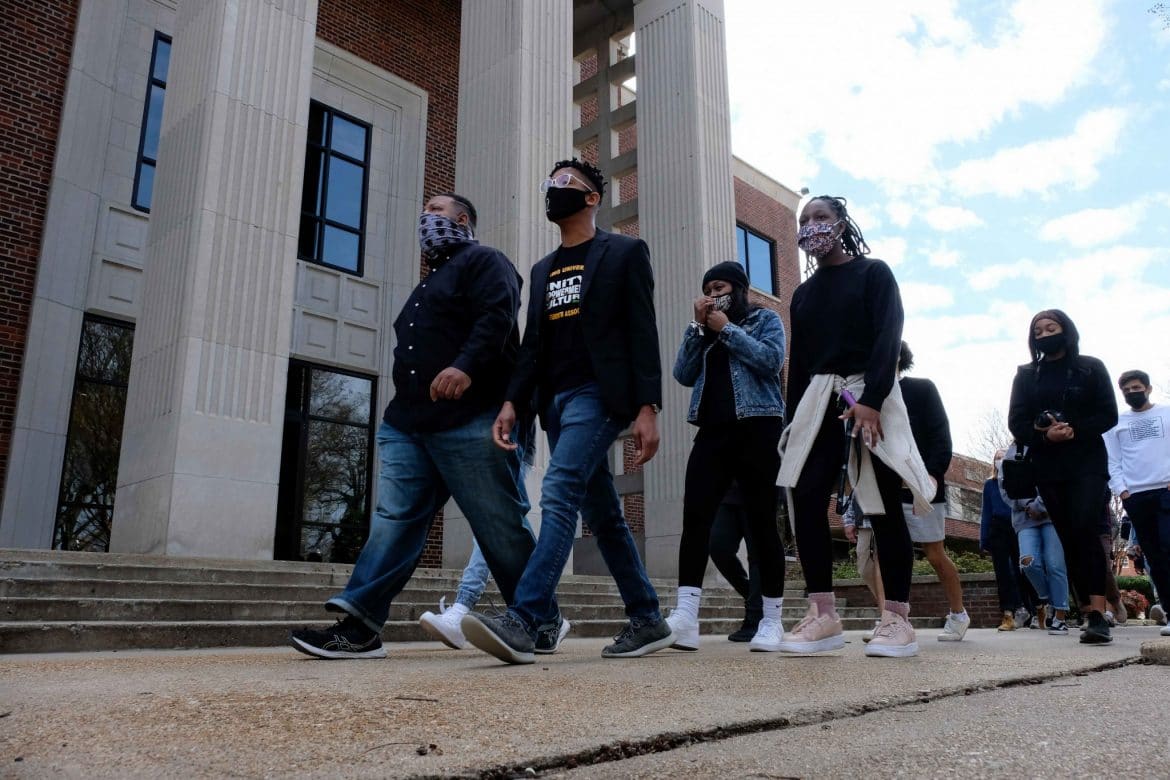 As a part of this year’s celebration of Dr. Martin Luther King Jr. Day, the Black Student Association (BSA) held an MLK Day Dream Walk and Celebration, which included poetry readings and a walk around the front lawn.

“Celebrating Dr. King is a refresher to remind us that there is a dream that can still be realized here in America, and I think that Christians can play a great role in that dream,” BSA president senior Namon Pope said.

Attendees met on the front lawn to hear spoken word artists and to discuss Dr. Martin Luther King Jr. and his legacy.

BSA sponsor Briana Cunningham said that while people often think the events of Dr. King’s timeline happened a long time ago, there are still people alive today who went through that fight — including her mother, who was 25 years old when the Voting Rights Act was signed in 1965.

“It’s important to have something that calls you back to remember where you’ve come from, what other people had to go through to get you to where you are, and to help you to recognize whose shoulders you stand on,” Cunningham said.

Part of Monday’s event was to walk the front lawn as a declaration of the commitment to continue Dr. King’s legacy.

“We know that the work isn’t finished yet,” Pope said. “We’ve made a lot of great steps in the past few years of being a community that looks more like God’s kingdom and treats everyone the way God wants us to be treated, and we know that there are still things to be done.”

“I think of it as the way of a relationship,” Pope said. “Our goal right now is for that relationship to grow.”

Pope said that while things may be done that are inappropriate or insensitive, a lot of the time it is because of a lack of awareness. He said that to help the University grow its relationship with its Black students, needs must be expressed.

Instructor of Bible and Ministry Jason Darden said, although he has seen a lot of good changes on campus in the past 20 years, bias and prejudice still exist — even within Harding’s loving community.

“We need to become more aware of other cultures and be sensitive and aware and engage in meaningful dialogue,” Darden said. “I would encourage students who are interested in more dialogue and understanding and even being a doer [to] partner with the BSA. Go to some of their meetings, figure out what they’re doing and come alongside and support.”