‘You just get to go out there and have fun’ 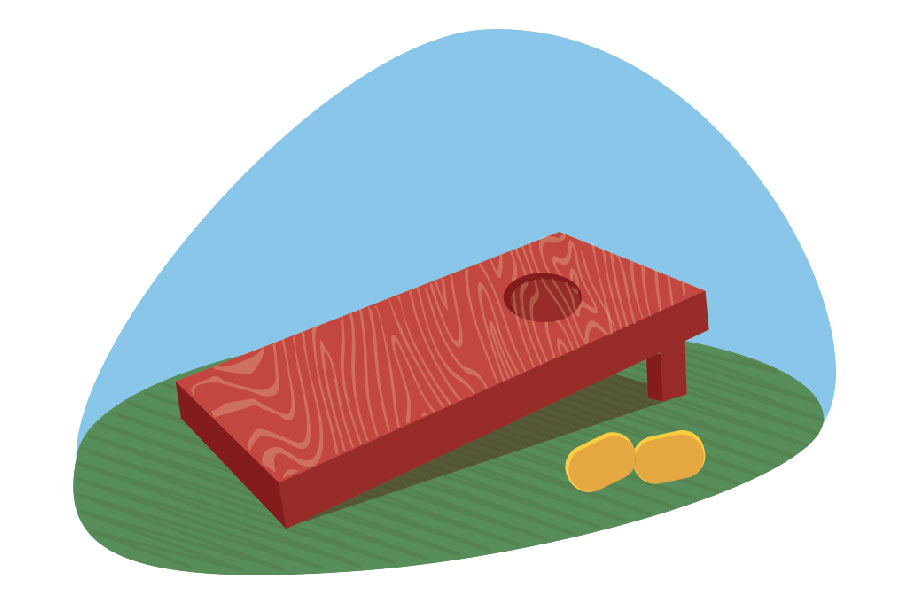 As many sports have been canceled on the Harding campus, some may attempt to discover other games to satisfy their competitive spirit. One sport that may not always come to mind is cornhole — a sport that is popular at tailgates and parties, offering time for competition and socialization.

Opponents attempt to toss the bags into the boxes’ holes one by one with the goal of being the first to acquire 21 points. A corn bag landing on a box’s frame is worth one point while a corn bag falling through a box’s opening is worth three points.

Despite its laid back atmosphere, cornhole can be a highly competitive sport, with tournaments held across the United States. Senior Bryson Gentry said he has played in two tournaments with his brother, winning one hosted by the University of Tennessee and receiving prize money.

“[Cornhole is] not too difficult to learn, and anyone who is competitive will enjoy playing it,” Gentry said.

Gentry and his brother Kenton, a junior, have never lost a cornhole game while being a team at Harding, Gentry said.

“One time — his freshmen year and my sophomore year — we were playing at a tailgate, and we played for two hours straight because we just kept winning,” Gentry said. “That’s just a fun fact. At least while playing at Harding, [we] haven’t lost to a pair. Humble brag — not really.”

Although cornhole can be very competitive, the game is probably more known for its social atmosphere as it allows time for conversations to develop among competitors. Junior Stockton Berryman said he began playing cornhole in high school with his youth group. During college, he usually played in the afternoon or before a football game, although he has not played as much due to the pandemic, he said.

“[Cornhole] is a fun game just because it’s a social game,” Berryman said. “You get to talk to your friends while playing it, and it doesn’t really require a tremendous amount of skill. You just get to go out there and talk and have fun.”

Junior Grant Pickard plays cornhole about once a week. He sees cornhole as an activity that can include anyone.

“I recommend cornhole to everyone,” Pickard said. “It’s a game [that] everyone can play. You don’t have to be a certain height or size to play or anything. It’s a fun game for anyone.”