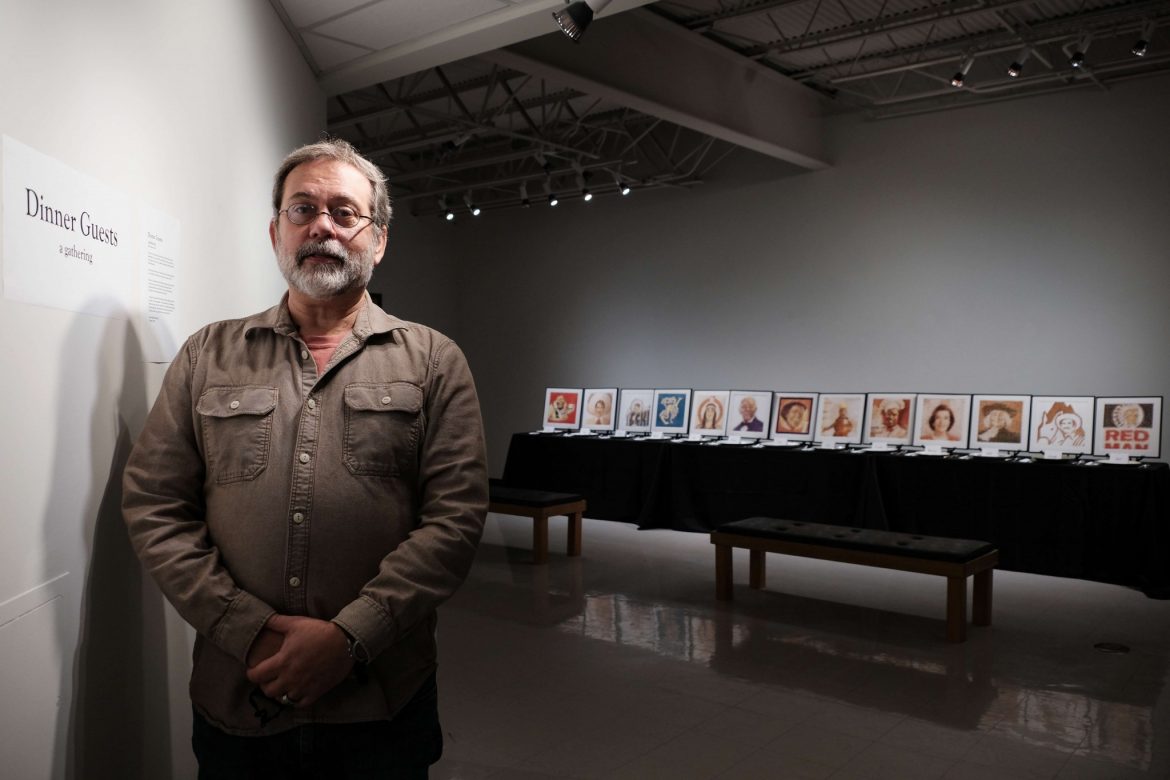 Food mascots have been a part of people’s lives without them even realizing it, whether it is Aunt Jemima, Joy Butterworth or Uncle Ben.

Daniel Adams, professor, HUG director, and artist of “Dinner Guests: A gathering” said he wanted to create this series after noticing these food mascots were usually people of minority status and stereotypically worked in the service and domestic servant industries. He recognized the impact this could have and began a series that would dig into the representation of these characters and speak volumes about their impact on the world around them. This project, which began four years ago, has now come at a time in history when racial biases and injustices are being challenged.

“I began noticing that food mascots seemed to have something in common across brands,” Adams said. “Typically, if the packaged food was represented by a human being, these were — or are — typically from the non-majority population, and were presented as traditional servants either in domestic settings or in the service industry.”

This form of representation has not gone unnoticed by those around the world, and the Harding community is no exception. Senior Scarlett Leckie said she noticed misrepresentation of Black people in the media since she was a child.

“Growing up, there was hardly any representation in the media for Black people, or really any person of color for that matter,” Leckie said. “If there was one, it was typically inferior or derogatory. This seems like a small thing, but for me as a kid, I would always notice.”

Senior visual arts studio major   Nathan Mayes visited the exhibit and said he was moved by Adams’ interpretation of who to invite to the table. The artist manipulated the art to hide the identity of the graphic, demonstrating the lens Adams wants his audience to look through. Mayes said he admired the way Adams challenges his audience to confront any racism instilled within themselves.

“The art all looked alike,” Mayes said. “It was very similar, and you had to really squint your eyes to tell what they were. Some of [the graphics] you’d know right off the bat, but if we could see people through that lens, I feel like things would be easier and more inviting.”