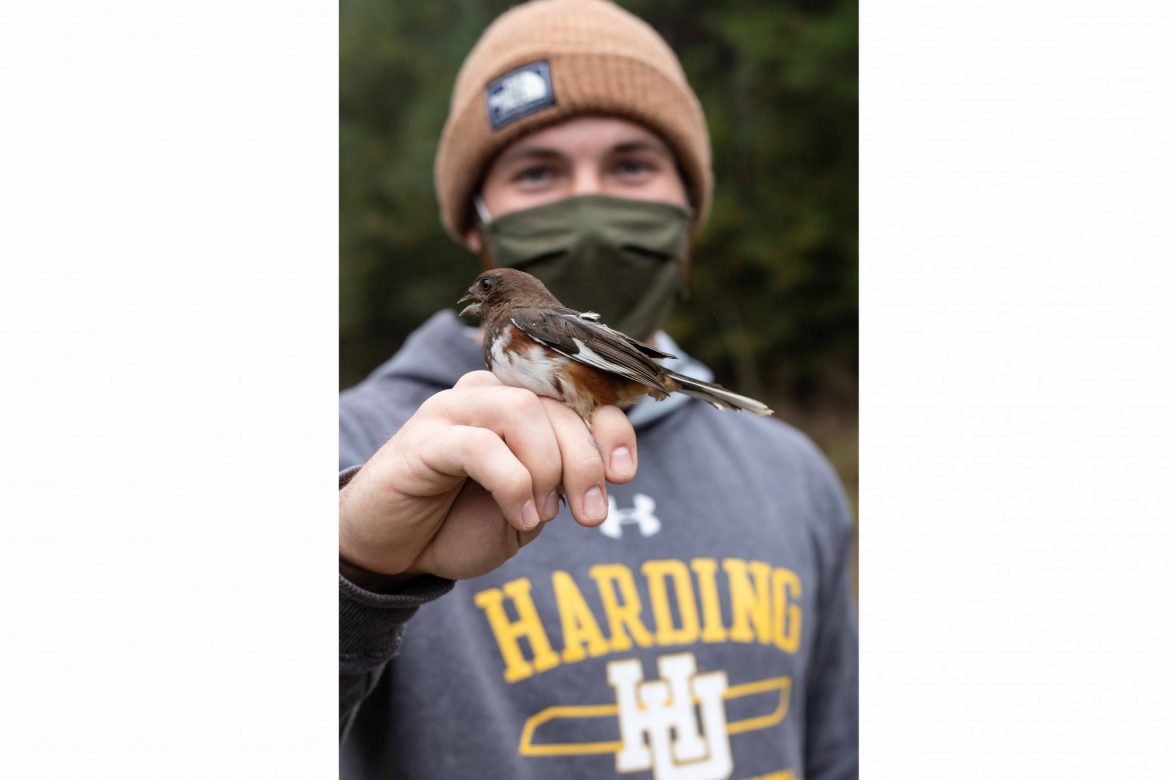 The Gilliam Biological Research Station (GBRS) is a farm just 10 miles from Harding’s campus that operates as both an outdoor classroom for several science classes and a place for indepedent research projects.

Dr. Patrick Ruhl, the property director and research coordinator for GBRS, described the history of GBRS and how it came to be a part of Harding.

“The Gilliam property was historically used for farming, but the property owner, Glenn Gilliam, developed a friendship with some members of the Harding community (including Dr. Ganus) over several decades,” Ruhl said. “Glenn was so appreciative of the friendship and support he received from certain individuals from Harding, that in 1975 he decided to wheel the 670-acre farm to Harding University.”

Dr. Trixie Pittman, one of the researchers at GBRS, has been working with GBRS since its creation. Pittman said she wants students to know that GBRS is a great way for students to really explore and research the outside world.

“It is a really good ‘laboratory’ to learn about the real world and the biology of real life, right here,” Pittman said. “And that’s what field stations are good for … to get students out in the wild, in nature, to see how things really work together.”

Pittman said this field station is particularly helpful for biology majors who are interested in doing specific types of research. Junior Corbin Aaen, a biochemistry major, heard about GBRS his freshman year and knew he wanted to get involved. Aaen said the most recent project he’s been a part of is research about neuronal death in different species.

“I’ve recently been part of a project that is concerned with collecting the blood of birds in attempts to determine the amount of neuronal death that each species undergoes seasonally,” Aaen said.

Aaen said that he does not believe people are aware of the biodiversity of the GBRS property and mentioned the many projects that continue to take place.

“We have bird projects, salamander projects, snake projects, spider projects, tons of interesting plants and fungi, etc.,” Aaen said. “It is a slice of nature that is generally unfettered, so there’s plenty of cool things to see.”

Ruhl said he is working on a long-term bird banding study. For students who would like to get involved with this project, or any others, they may contact him and follow GBRS on social media to stay up to date.