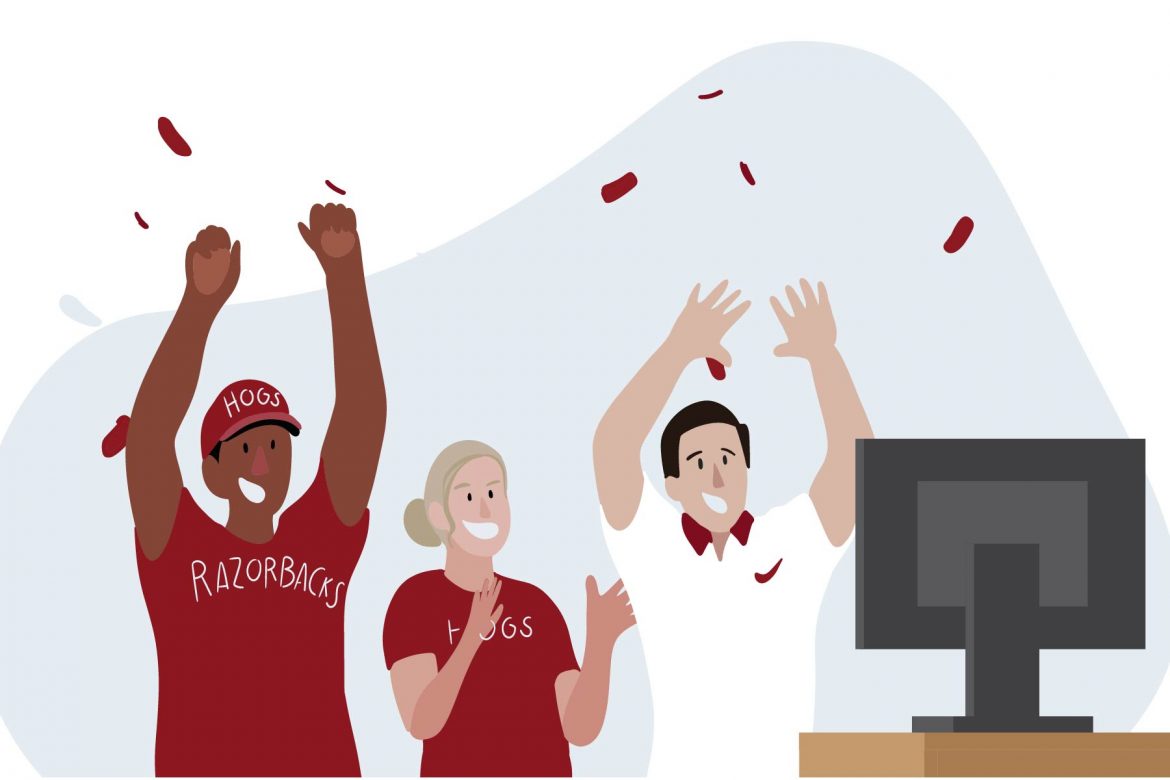 Arkansas Razorbacks Football team started their season strong on Oct. 3 by winning their first Southeastern Conference (SEC) game since 2017. Many Harding students gather together to watch Arkansas play each week, as the Arkansas fan base is prevalent throughout Harding students and faculty, so the win brought a lot of excitement for many members of campus.

Assistant professor of communication and Razorback fan Tim Hamilton was born in Melbourne, Arkansas, and has been a Razorback fan since he was young. Hamilton attended the last Razorback SEC win in 2017 with his wife. Hamilton also worked for KATV in Little Rock, Arkansas, which is considered “The Razorback Station.” Hamilton had the opportunity to follow the “Razorback beat” with his work through KATV and pursue his passion for the Razorbacks through his work.

For many Harding students who have grown up in Arkansas, being a Razorback fan has been a tradition in their families. Senior Reid Pace has been a fan since his family moved to Arkansas in 2005.

“My favorite part about being an Arkansas fan is the bond that people have across the state,” Pace said. “You can go up to any stranger and they will have something to say about the Razorbacks, good or bad. It’s unique because not many people have loyal fans like those in Arkansas.”

The Razorbacks have a new coach for this season: Sam Pittman. He previously worked for the University of Georgia and had been an assistant coach at Arkansas. Arkansas fans are hopeful that Pittman can lead the Razorbacks to victory this season.

“Sam Pittman understands the unique culture of Arkansas and is well respected throughout the SEC,” senior Razorback fan Zac Otwell said. “He loves this place just as much as the fans do, and I have no doubt he was the right man for the job.”

The Razorbacks are currently at a 1-2 standing, having won their game against Mississippi State, and will be playing the University of Mississippi on Saturday, Oct. 17, at 2:30 p.m.