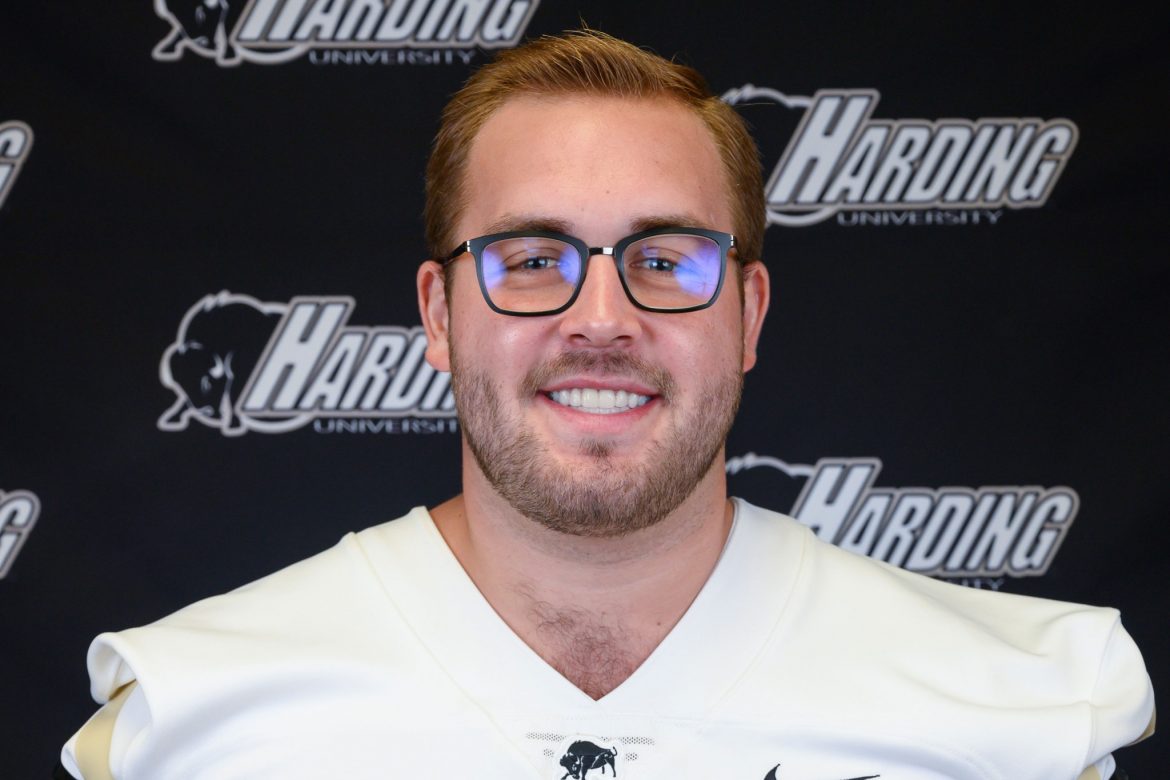 On Oct. 1, the National Football Foundation named senior offensive lineman Mills Bryant as a semifinalist for the William V. Campbell Trophy, which is given to an American college football player with the best combination of academics, community service and on-field performance. Bryant is one of 199 student athletes and one of 20 Division II football players who met the qualifications to be a semifinalist for the award.

“I was pretty astonished and really excited,” Bryant said after being named a semifinalist for the award. “Then, my competitive spirit got in there and said, ‘Okay, let’s be a finalist, and let’s see how far we can take it.’”

Bryant, who has redshirted and played for the Bison football team since his freshman year, said being nominated speaks more to the football team than it does for his personal talent.

“This award really is a nomination of the Harding Bison football team and not of Mills Bryant,” Bryant said. “They could have nominated a number of players on this team, and it would have been for the whole Bison football team because of the brotherhood and dynasty of men they build.”

Bryant was heavily involved with activities such as Relay for Life and Special Olympics, as well as being the president of men’s social club Titans last year. Former teammates of Bryant said his community involvement helped show his character and work ethic both on and off the football field.

“Whether it’s on the field, off the field, being in the weight room or classroom, he’s excelled at pretty much everything he has done,” former defensive lineman Toni Montez said. “He helped lead offseason practice groups to wins when no one thought they could, and [Titans] arguably had one of their best years under him.”

Harding football coaches agreed with Montez and stated that Bryant potentially winning this trophy would only end up being one more accomplishment in his long list during his time with the football team.

“In my mind, Mills’s legacy is already set on the football team,” assistant offensive coach Matt Underwood said. “It would be an honor to see him win it, but whether he wins or not will not change how the team views him and feels about him.”

Bryant also had some words for young and upcoming Bison athletes on how to treat their college athletic careers.

“Just take it one day at a time, and you’ll be successful,” Bryant said. “These days will start to stack up over time, and it will all lead to success down the road both in sports and your personal life.”         The National Football Foundation will announce the 12 to 14 finalists for the trophy in November. Each finalist will receive a scholarship for their postgraduate education. The winner will receive a larger scholarship along with a 25 pound version of the trophy. That individual will be announced later this year.