Former Harding athletes tell their story from over forty years ago 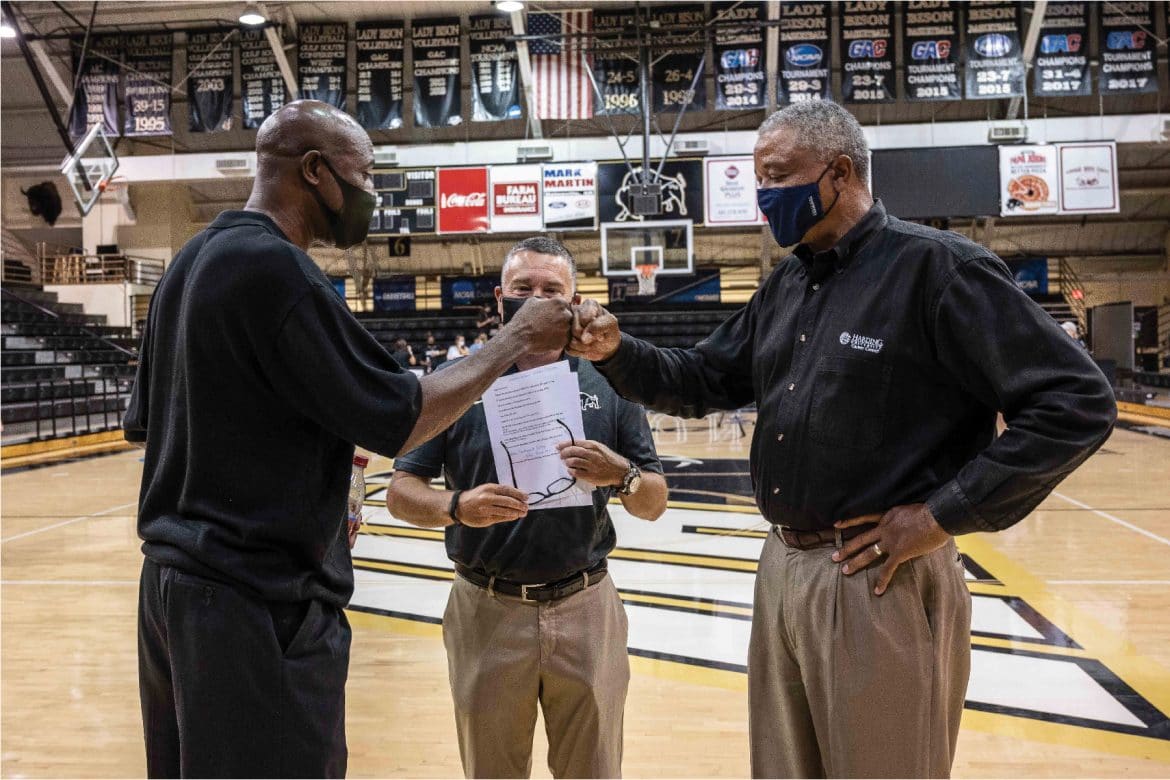 On Sept. 16, a group of Harding athletes put together a panel for student athletes to come together and talk about racism and discrimination. Leading this discussion were former Harding basketball players Butch Gardner and Stan Eckwood, who spoke about their experiences on campus as African Americans in the ‘70s. Both Gardner and Eckwood said they had positive experiences and felt as if Harding was more accepting than any other place they had been to. The panel’s goal was to spark a conversation among all student athletes and create a community that’s inclusive to all.

Student athletes like seniors Amanda Fields and Emily Garrett, both playing on Harding’s softball team, said they walked away from the panel and are now actively trying to apply it to their everyday lives.

“The men spoke about how athletics really shaped them, and I really want to take that idea and do my best to keep Harding a great place to play for others,” Fields said.

Garrett said she also believes that Harding athletics should continue practicing their attitude of respect.

“I took away that the community at Harding has always been one of respect and encouragement and we should strive to keep it that way,” Garrett said.

Junior Romen Martin, a basketball player, was one of six student athletes who put the panel together, along with senior Katherine Cowart and sophomores Kinley Schnell, Chloe Ingersoll, Emma Winiger and Ally Stoner.

“These past four [or] five months have been really difficult for all people, no matter what race you are,” Martin said. “The most beautiful thing about all of this, though, is that it has opened up so many opportunities for us to dive head first into topics that might’ve been avoided for so long.”

Martin said the panel was created for conversation and change. He said the generation of students at Harding is one that wants to see that change through.

“The younger generation has a deep desire to create change,” Martin said. “We are the future.”