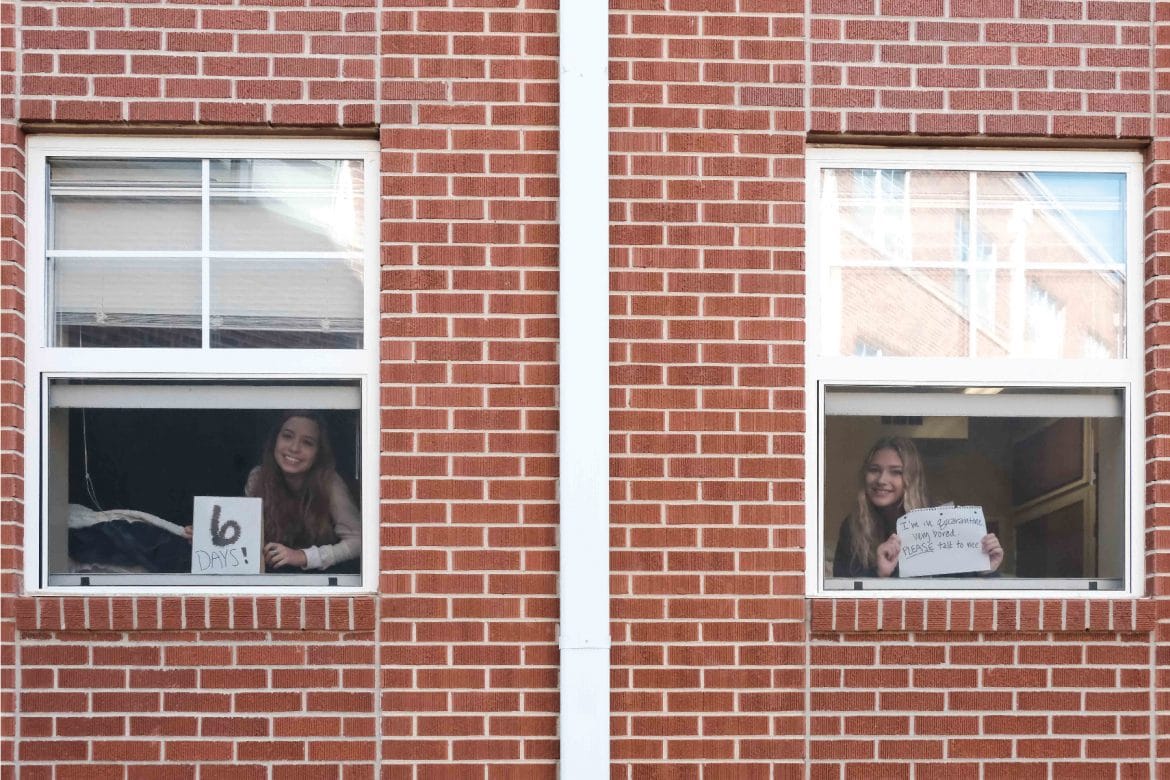 As the number of COVID-19 cases continues to rise, so do the numbers of those put in quarantine and isolation.

Locations for quarantine on campus include the Heritage Inn, as well as a student’s own dorm room. The only on campus location for students in isolation is Kendall Hall.

Senior Paul Anderson was the first student on campus to contract the coronavirus around three weeks ago. Anderson said he began experiencing symptoms the Saturday before Labor Day and began showing signs of having a fever the day after. Soon after, Anderson’s roommates began to quarantine as his symptoms persisted. A few days later, he got tested and received a positive result. Anderson said that once he received the results, he immediately contacted his residence life coordinator (RLC). Assistant Dean of Students Marcus Thomas then called Anderson, asking who he was in close contact with in the days leading up to showing symptoms and being tested.

“I got a call from Dean Thomas and that included probably one of the worst parts of the whole process, which was, ‘We need all of the names of all of your close contacts, anybody who’s been 6 feet or closer, for 15 minutes or more, mask or no mask, 48 hours before you started developing symptoms.’”

Anderson said Harding provided food through an online form that gave him an option of what to choose for both lunch and dinner, but friends would also bring him food that the RLC would then bring up to him. Anderson said the highlight of his stay was his friends, church and social club bringing him things like gift baskets and food.

Senior Nick Gianferante, Anderson’s roommate, said once Anderson tested positive, Gianferante and his suite spread out within their own rooms in Graduate Hall and the Heritage while Anderson moved to Kendall. Gianferante said he was glad to spend the two weeks in his room and said that on top of the food he received from Chartwells, his friends also brought him food. He said schoolwork was a bit difficult with the internet outages, but he managed to make it work while he was in quarantine. Now that he’s out, he’s a lot more cautious about who he is around and how long he is around them.

“I don’t like being around people for more than 15 minutes because that puts me as a potential risk to go back,” Gianferante said. “Just [be] conscious of who you’re around and [try] to keep that circle smaller.”

Sophomore Berkleigh Billner quarantined at the Heritage Inn. Billner said that she struggled with not being able to be as social as she normally is and the fact that the windows didn’t open. She said she entertained herself by talking to friends on FaceTime and making fun content on Instagram, like having distant dance parties with friends. Billner said that if you have any friends in quarantine, think of them and do things like bring them games, food or coffee, or just send a text. Billner said she could not wait to hug her friends again.

“Oh, how glorious it will be when I can hug my friends again, soon,” Billner said.