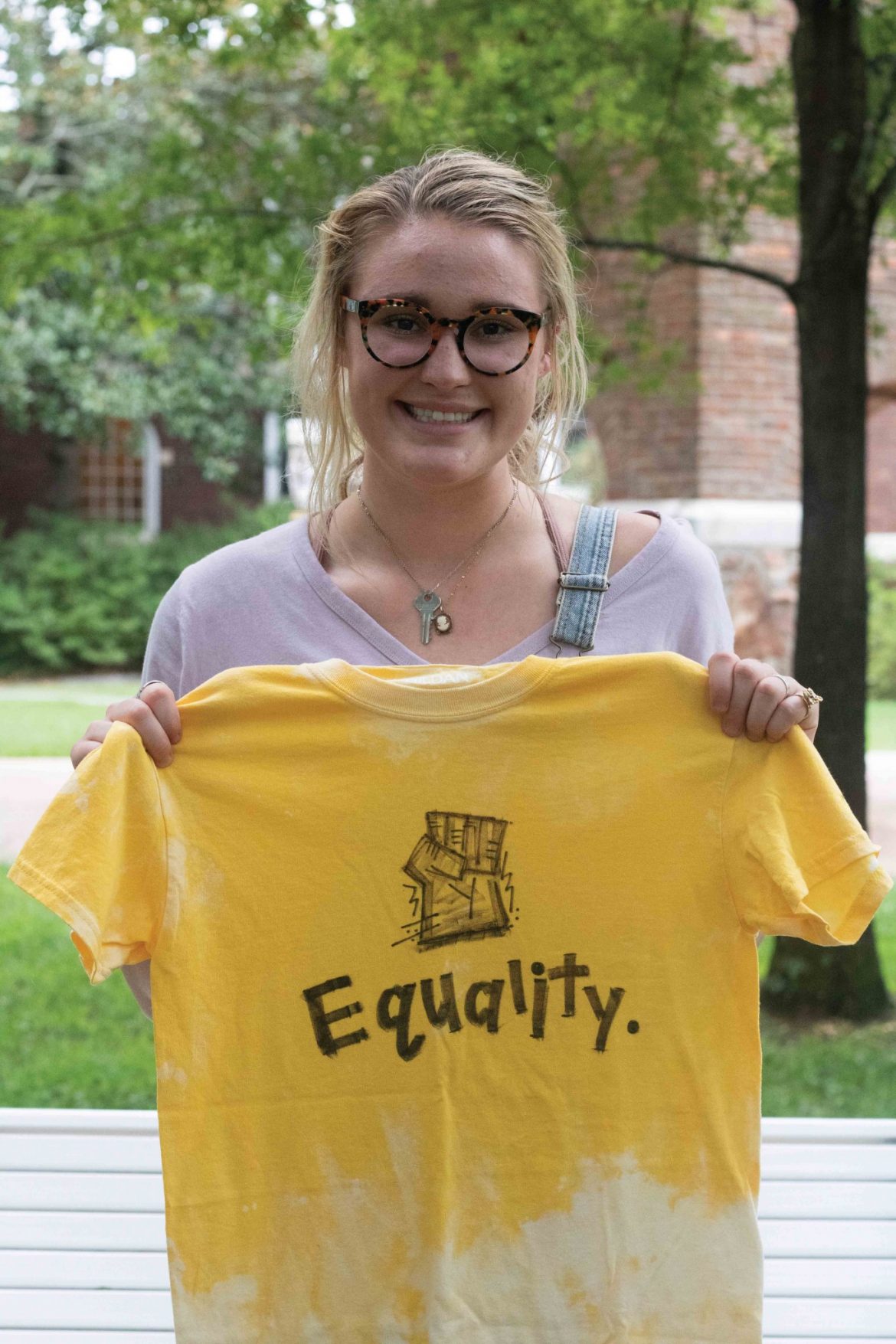 “I hope that people see a shirt and think about what it means, which I really hope starts conversations,” junior Emma Hayes said.

Hayes began using her artistic gifts by designing shirts amid the pandemic and gave the proceeds to the Equal Justice Initiative (EJI), an organization that focuses on providing legal counsel to people wrongfully incarcerated. These shirts feature various words and phrases along with a fist on each one. While Hayes’ is passionate about EJI, she decided to shift her focus at the beginning of the semester and start donating the proceeds to the Black Student Association (BSA).

“I wanted to use the shirts to benefit something more local,” Hayes said.

During the first week of the new semester, Hayes offered a new opportunity to buy a shirt, saying that this time, the money would be given to the BSA.

The BSA did not begin to receive funding from the University until this summer. Before their allotted budget, the students were in charge of organizing events and bake sales to raise money. In the past, the BSA has raised money through events such as their annual Valentine’s fundraiser, and donated the proceeds to the Botham Jean Foundation, among other charities.

This year the BSA will be matching the funds made by Hayes’ shirts to donate to the Botham Jean Scholarship Foundation Fund.

“I am really proud of these kids and their hearts to serve and give,”BSA sponsor Jessica Berry said.

Berry has been working with the BSA since joining the Harding University Admissions team in 2019 but became an official sponsor more recently.

Before being given an official budget this summer, the BSA members worked to raise funds for donations to the scholarship fund. Now, BSA is going to use the money to benefit the campus. The BSA is planning to host discussion panels for students and faculty and will put proceeds towards bringing speakers to campus.

“We are wanting to use the money to secure visitors to come to Harding to bring good discussions,” Berry said.

The first of the panel discussions will be held on Sept. 18 in the Administration Auditorium. The panel, “Let’s Revisit: A Conversation About Race at Harding,” is designed to facilitate and encourage conversation about race on campus.

BSA President Raissa Ames said their goal for the upcoming semester is to remind the student body of what Letetra Widman said after the recent shooting of her brother, Jacob Blake: “I don’t want your pity, I want change.”

“The BSA does not need the student body’s pity,” Ames said.“We don’t want you to tell us how horrible this all is. We know how bad it is. We live it. We just want your help to make change.”

Hayes designs every shirt uniquely for each customer, drawing a fist and a message of the person’s choosing with a marker. To purchase a shirt, contact Emma Hayes at ehayes1@harding.edu.