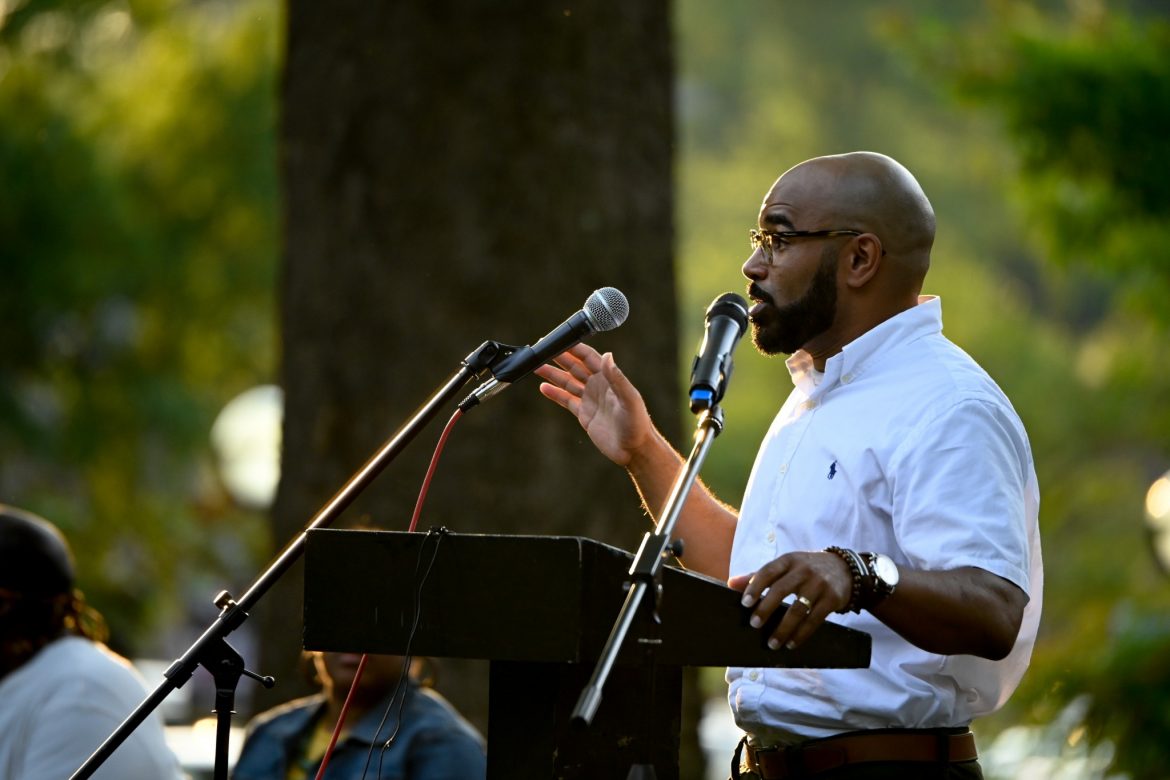 In 1862, Abraham Lincoln declared that on Jan. 1 of the following year, those forced into the bonds of enslavement would be set free. The news slowly turned into jubilation as it spread across the South and through Texas. Two years later, news reached Galveston, Texas, and slaves were freed June 19, 1865. A celebration known as Juneteenth — or “Freedom Day” — has been celebrated ever since and carries rich Black cultures such as traditional dancing, singing, poetry recitations and readings of the Emancipation Proclamation.

Over 155 years later, Harding University commemorated its first installment of Juneteenth. Harding’s soccer coach Gregory Harris gave a prayer at the event recalling the mistreatment of his forefathers and asking for healing.

“Today we gather to remember our predecessors who suffered oppression under the painful, dehumanizing and evil system of a new world slave trade,” Harris said. “For centuries, men and women were abused, violated and murdered. They were beaten, but not broken. They were knocked down, but they continued to rise.”

Jason Darden, instructor of Bible and ministry, paved the way for this ceremony to take place on Harding’s campus and spoke at the event. Darden said, for as long as he can remember, his family has come together in honor of this holiday to eat his grandmother’s gumbo and  listen to his grandfather’s stories of deliverance and perseverance.

“It was a celebration of how far we’ve come,” Darden said. “They were happy times for us. I think of family when I think of Juneteenth.”

Darden shared his family’s close ties with enslavement and their history of liberation in America. Five generations ago, Darden’s great-grandmother, great-aunt and cousin were sold into slavery in 1836 from West Africa and brought to Galveston. Darden’s ancestors were sold as slaves and worked under a man by the name of William J. Darden. After years of forced labor, Darden’s family heard of their new-found liberty and asked the question, “Where do we go?”

Darden’s family remained in Galveston where his great-grandmother and great-grandfather were born under the oppressive era of the Jim Crow Laws. Due to the pressure of segregation, Darden’s family took part in the Great Migration, in which African Americans moved from the South to the North and West states of America. They traveled to San Francisco, where his great-grandfather joined the Army. Two generations later, Darden’s grandfather and father graduated from the University of California, Berkeley, despite the oppression and discouragement from many people. His father served in the United States Army for over 30 years, retired as a lieutenant colonel, and is now a professor at Pepperdine University.

“I share this story so that people can understand that it hasn’t been easy,” Darden said. “Even as a 39-year-old, I’ve experienced prejudice, hatred and racism.”

Darden touched on the Black Lives Matter Movement due to the sudden media attention of social injustice across America this summer. Names such as George Floyd, Breonna Taylor and Jacob Blake have raised awareness of police brutality towards Black Americans, and Darden did not shy away from this discussion.

He thanked Harding for allowing this Juneteenth memorial to take place on campus but said there is more to be done by the University to help end prejudice and racism.

Many faculty and staff admitted to Darden that they did not know about Juneteenth before the University held the memorial. Tiffany Byers, the head of Diversity Services at Harding, shed some light on the history behind Juneteenth. She spoke of hope, tribulation and heartache.

“Juneteenth is not about race, it is about liberty,” Byers said.

Darden said he believes the Juneteenth memorial was a stepping stone toward a necessary transformation in the University and nation.

“Bringing awareness is extremely important to me,” Darden said. “I believe ignorance produces fear, and fear produces hate. As long as I’m at Harding, I have an obligation to bring awareness to the plight of the African diaspora in America.”