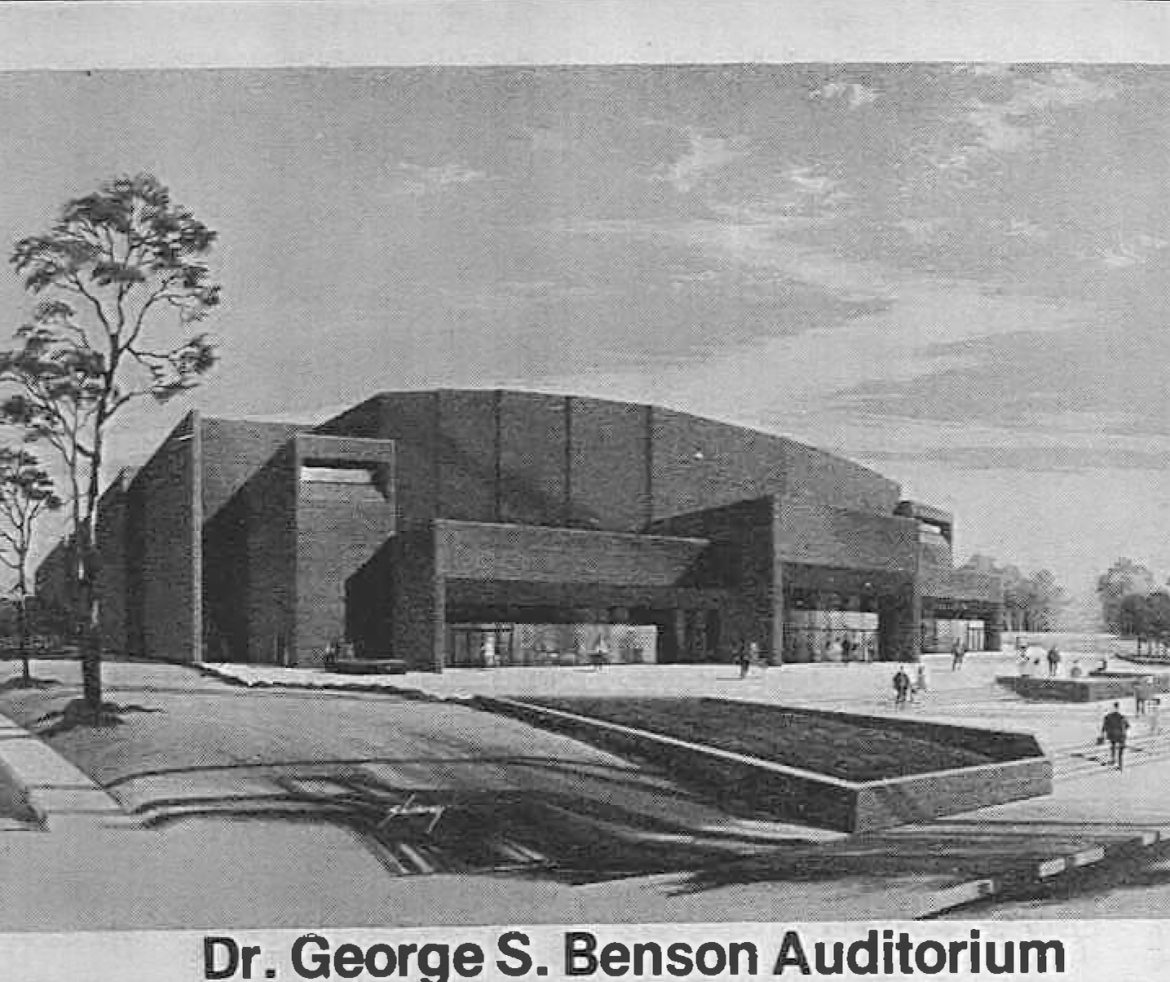 Harding alumnus Jackson House created a petition in favor of changing the name of George S. Benson Auditorium, named after the University’s second president, June 2 — a week following the death of George Floyd. The petition sought to replace the auditorium’s name with Botham S. Jean, a Harding alumnus killed by a Dallas police officer in 2018. Within 24 hours, the petition had over 10,000 signatures and significant traffic on social media.

In the petition, House highlighted Benson’s history with racial issues and his stance on segregation during his presidency at Harding. House explained Benson’s resistance to desegregation, citing his 1956 chapel speech, “Harding College and the Colored Problem,” where Benson concluded that the Harding community was not ready to desegregate.

On the same day as the petition’s conception, University President Bruce McLarty addressed the racial unrest unfolding, both within the Harding community and nationwide. Through a statement on email and social media platforms, McLarty said, “These current circumstances call for White brothers and sisters in the Harding community to step up and restate the things that our African American family needs to hear us say at such a time as this.”

McLarty continued by saying the University condemns racism in its many forms and is working to better understand how to do so.

For many who signed the petition, removing Benson’s name from the auditorium seemed like a starting point to implement efforts against racism. Black Student Association (BSA) President Raissa Ames said that prior to House creating the petition, some members of the BSA had discussed the possibility of changing the auditorium’s name. Ames said she had partially known of Benson’s history, and after researching, she supported the notion to change the name.

On June 24, McLarty released a statement, announcing his decision to keep the building’s name as “George S. Benson Auditorium.” In his letter, sent to all campus members via email and shared on all University social platforms, McLarty wrote that after listening to a multitude of different opinions, he found that “the primary distinction … is whether or not people first knew George Benson as a living person or they first encountered him as the object of a petition and the subject of a newspaper article.”

At the time of this decision, the petition had over 18,000 signatures. Additionally, numerous universities across the country had made decisions to change buildings’ names for race-related reasons, including Oklahoma Christian University who removed the name from an administration building named after Benson.

Also in McLarty’s statement, he acknowledged Benson’s humanity and the numerous facets of this man’s life:

In his email, McLarty referenced Hebrews 11, saying that labeling everyone according to their worst moment would result in no one from whom to learn or seek inspiration; McLarty said that, “Rather than remove his name, the University needs to tell the more complete story of Dr. Benson — both the high points and the low points, the inspiring and the painful.”

Ames said that throughout the summer, the BSA held numerous meetings, one of which was in conjunction with some administration members, to process, pray and plan for the upcoming school year.

“We knew coming into this year we weren’t going to see the change that we were fighting for on campus,” Ames said. “We wanted to make sure that we all kind of understood that this is the work we’re doing for future students.”

Along with McLarty’s decision for the auditorium, he announced the organization of a task force, including Board members, employees, alumni and students, purposed to recognize and honor African American history, presence and achievements on campus.

“You see all of these people who are so important to Harding, but there’s a lot of stories that are left out and aren’t told,” Ames said. “They deserve a permanent spot on campus — a permanent fixture within our community.”

In an Aug. 27 email responding to this writer’s questions, McLarty said, “We have made great strides to support racial diversity and inclusion in many ways, but we need to do a much better job of honoring and celebrating the presence and the accomplishments of Black students on the Harding campus.”

The task force is discussing ways to adequately honor the presence and landmarks of African Americans on campus. Ames said she hopes these efforts will outlast her time at Harding and make a difference for current and future students.

BSA treasurer Bestynna Okai said, moving forward, she hopes Harding can become a more culturally integrated community, something that has not always been the case.

“I’m just hoping a lot of that is changed and that each person is respected and valued, no matter what their background, and that people take the initiative to learn about the different individuals and that person’s culture,” Okai said.

Ames said she hopes the matter of the Benson is not a conversation that is swept under the rug and that the community can eventually change the name to one that is agreed upon by all — a name that no one has to argue its validity.

“I don’t want this to end with my presidency,” Ames said. “I want this conversation to continue to happen.”