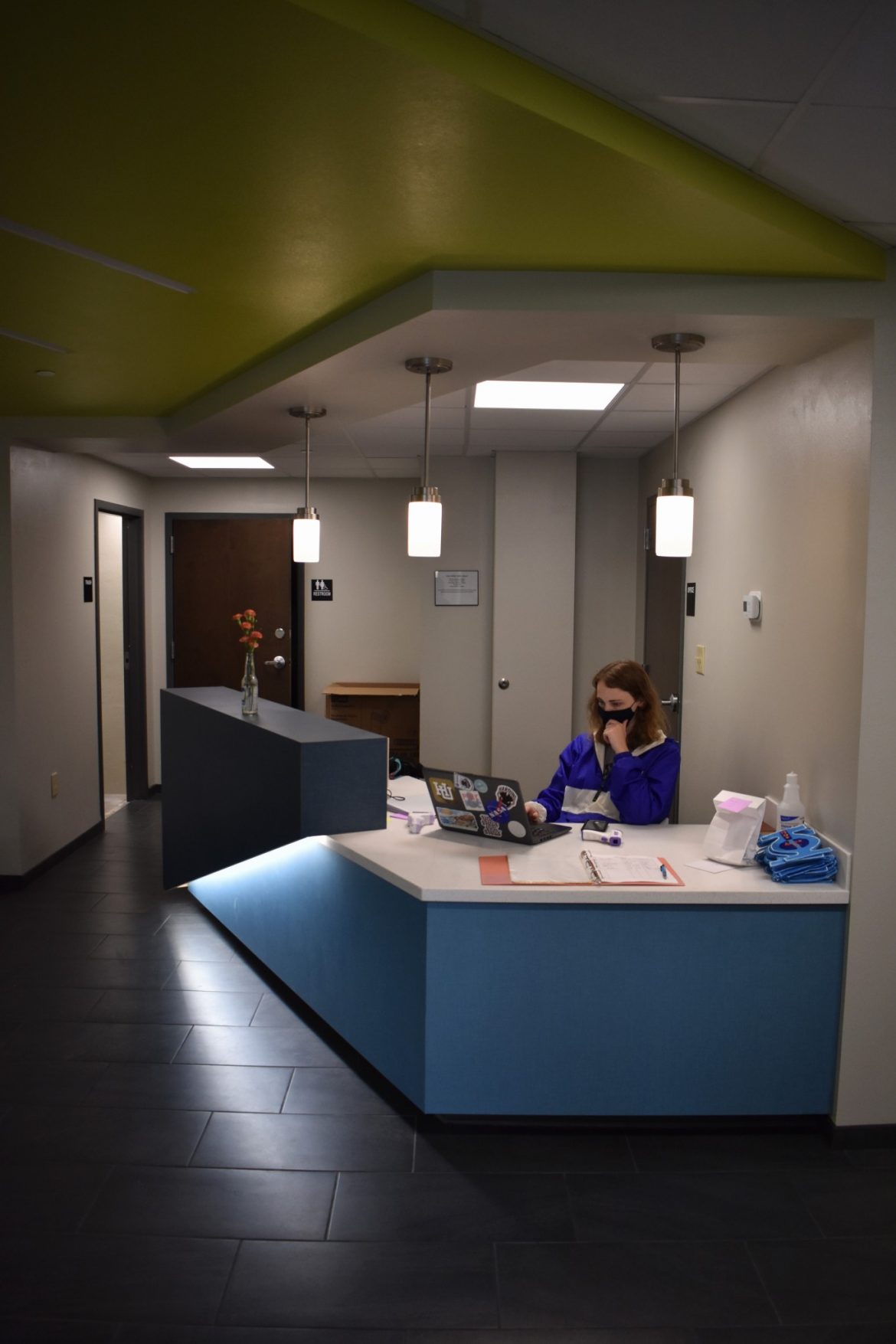 Construction updates came to many different areas of Harding’s campus while students and staff were away for the summer.

The summer brought updates to the student center in the form of a remodeled sitting area, reupholstered chairs, murals and a new restaurant, Tu Taco. The Range Food Hall now has new murals along with reworked electrical and plumbing fixtures for smoother serving and cooking processes. Danny DeRamus, director of Harding’s physical resources department, said he thinks the updates bring a new freshness to these areas.

The completion of the road running between the Mabee Business Building and Pryor-England Science Center was also accomplished during the last few months.

The most obvious change on campus was the top-to-bottom renovation in freshman women’s dorm Cathcart Hall. Changes to the dorm include: larger, updated bathrooms with more storage space, new carpeting, a new paint job and a remodeled lobby, complete with a kitchen for residents to use.

Along with these changes to Cathcart came a different Residence Life Coordinator (RLC): Jana Willis, the former RLC for Kendall Hall. Willis said she has noticed a similar sense of community in Cathcart as there was in Kendall.

“There is a lot of excitement and energy, and I love seeing that,” Willis said.

Sophomore Resident Assistant (RA) Peyton Sims, who lived in Cathcart during fall 2019, said that despite the changes, the dorm still has a strong community bond that has made it  popular with freshmen in the past.

“I think the biggest changes that were made to Cathcart were the bathrooms,” Sims said. “They are so nice and newly updated, with more space than before. I feel like living in Cathcart has, and still does, encourage people to meet each other and form a sense of community within the dorm.”

Plans to renovate Kendall Hall into a new classroom and community space have been put on hold for the time being. This fall, the dorm will be used to isolate students who test positive for COVID-19.

“We’ve kinda put it on the back burner until [the coronavirus] is over with,” DeRamus said. “We’ve still got ideas with [Kendall] — we just don’t wanna do anything until we’re done needing it.”