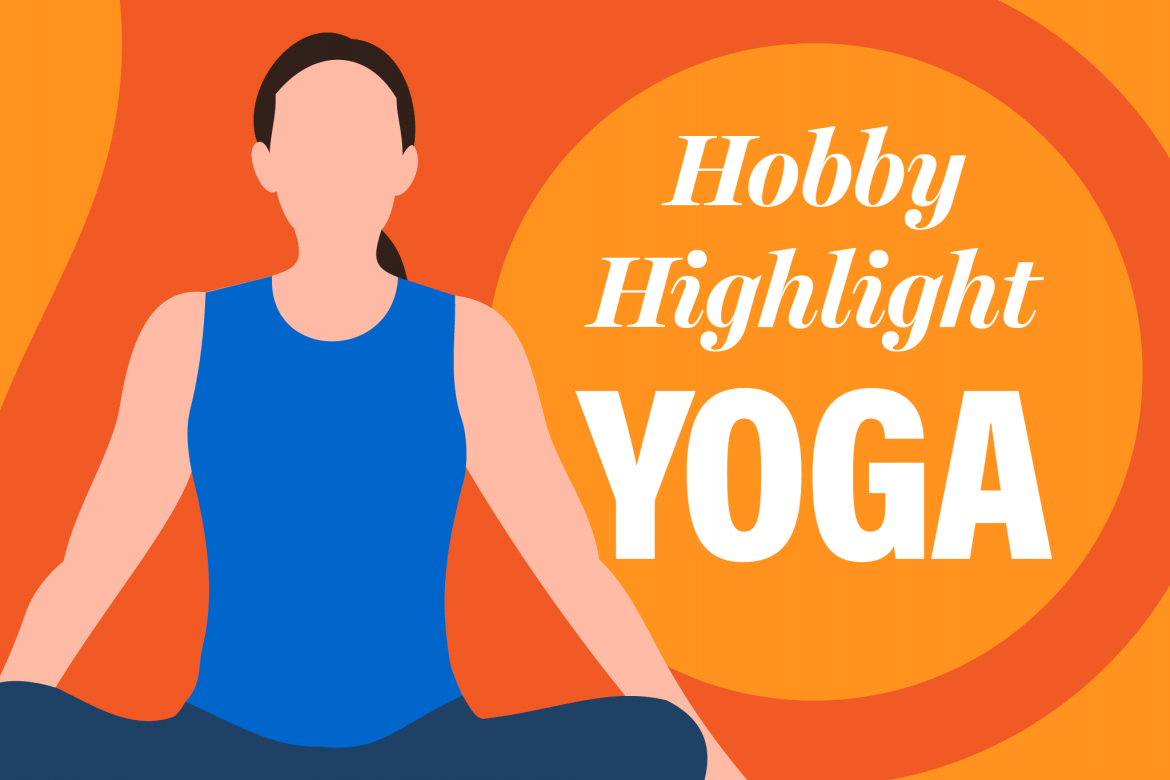 Another week, another hobby highlight — yoga. What better time to try it than now? Yoga is a physical activity consisting of postures often connected by flowing sequences, focused breathing and meditation.

Sophomore Calla Welter practices yoga twice a day and said she finds that it helps set her intentions for each day.

“In the morning, I like to use it for getting my body ready for the day,” Welter said. “Allowing myself to stretch first thing in the morning helps me be prepared. At night, I focus more on breathing and slow movements to calm myself before laying down.”

Through practicing yoga, Welter has found that she is not only able to move her body in a way that she enjoys, but is able to show herself and her body love.

“My biggest impact is allowing me to work through the things I need to — being able to calm down at the end of the day and building a healthy relationship with myself,” Welter said. “It just gives me a more positive outlook on life and all the things God has in store for me.”

Freshman Kayla Cesone began practicing yoga to help nerve pain in her back due to scoliosis. She said practicing yoga, especially during quarantine, has offered her  a mental break.

“It’s been nice in quarantine to kind of refocus, take a breath and have some time to think clearly,” Cesone said.

The idea of beginning yoga may seem overwhelming, but there are many resources available that have specific guidelines for beginners.

Senior Sally Roach has used multiple media tools to practice yoga. Roach recommended using the Down Dog app not only because it offers yoga classes, but because it is currently free during quarantine. She has also watched YouTube videos, such as Yoga With Adrienne.

“I do some of their routines and connect my phone to my TV,” Roach said.

Welter recommends beginners be determined and aware of what feels right physically.

“Stay with it,” Welter said. “Being consistent is super important. Start with watching a few videos on YouTube, and then go from there by doing what feels right for you.”

Cesone reminded people that just like any new skill, it can be taxing in the beginning, but advantageous in the end.

“I’d say that at first, it will probably seem strange or counterintuitive, but after sticking with it for a little bit, the physical and mental benefits become evident, and that’s really exciting,” Cesone said.

Students athletes stay in shape for next season