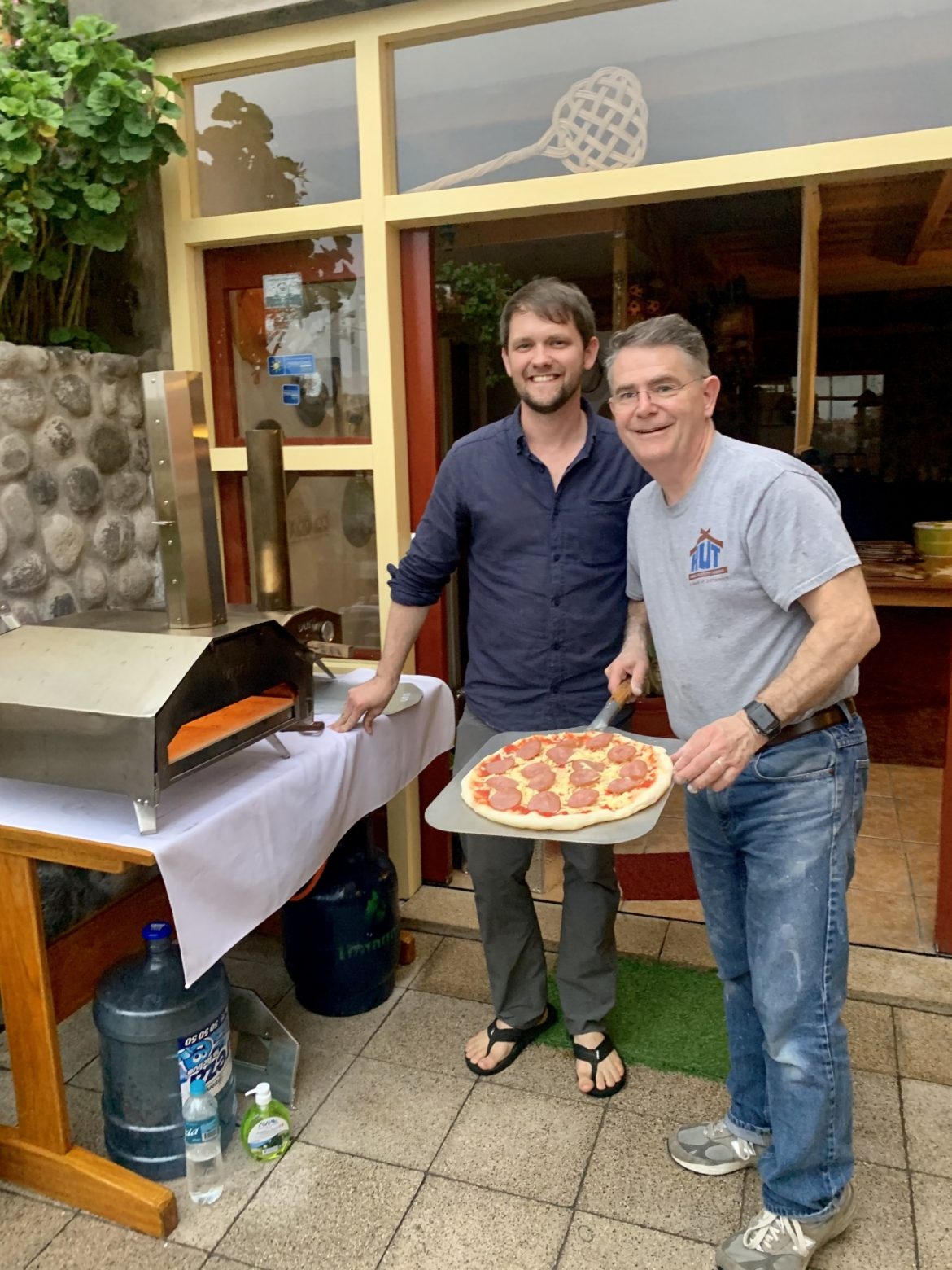 It was a family reunion unlike any other.

This semester marked Jeremy Daggett’s second semester as program director for Harding University in Latin America (HULA), where he works and lives in Arequipa, Peru, with his wife, Katie, and their two children, Adileen and Kinney. Going into the semester, they were particularly excited because Jeremy’s father, Shawn Daggett, Bible professor and director of Center for World Missions, was coming as the visiting faculty for the program, along with Jeremy’s mom, Donna, and his two younger siblings.

“We love where we live and love what we do, but one of the toughest things is being away from family,” Jeremy said. “So just on a very personal note, to have three months — we thought — with my family, to get to work with my dad, teach with my dad, was just really exciting to me.”

Shawn said he and his wife had been learning Spanish in preparation for the semester and were excited, not only for time with family, but also to build relationships with his son’s neighbors in Arequipa and take part in the evangelistic work.

Jeremy said that as soon as his family arrived in Peru, some of their neighbors had already invited the family over for lunch.

“It’s just an example of how excited our neighbors were to see them, that even on that first day they wanted to make sure they had some time,” Jeremy said.

Shawn said he enjoyed the uninterrupted quality time with both his grandchildren and son. He said some of his favorite moments with Jeremy were the little ones, like drinking their morning coffee together, going on walks and runs, and enjoying their family tradition of making homemade pizzas.

“Jeremy and I love to get up early in the morning and sit at the table and talk about scripture, and so I very much enjoyed that too,” Shawn said.

Jeremy said having his parents there was not only exciting because of the time they would have together, but also because of how helpful his parents were to look after their grandchildren. When Harding decided to suspend the program for the remainder of the semester due to the COVID-19 outbreak, Jeremy said having his parents there eased much of the stress of trying to make travel arrangements for the students and directing the group when they were unexpectedly quarantined in El Castillo for two weeks.

Shawn said the HULA group was still able to go on a couple trips, and although they did not visit several of the places they had originally planned on, what they were able to experience was beautiful.

“We got to see some incredible sights toward the end of our free time in Peru, but nothing matches how close we were able to grow under quarantine together,” said sophomore Elaine Helpenstill, who attended HULA this semester. “The idea of us leaving and not getting our full time together broke our hearts, so we really held each other close and grew so much during that last few weeks.”

Helpenstill said she loved witnessing and taking part in the Daggett family’s traditions and dynamics. She said she learned so much through their actions and the ways they demonstrated love on a daily basis.

“It was so sweet to be around their love,” Helpenstill said. “It was never too much, and they taught us all a little better what love looks like.”

After the program was suspended and the students left, Shawn and Donna Daggett had planned on staying in Peru until May 10, giving them a little more time to spend with their family. However, when the Peruvian government authorized flights out of the country only until April 21, they decided it would be better to leave sooner. They returned home April 16.