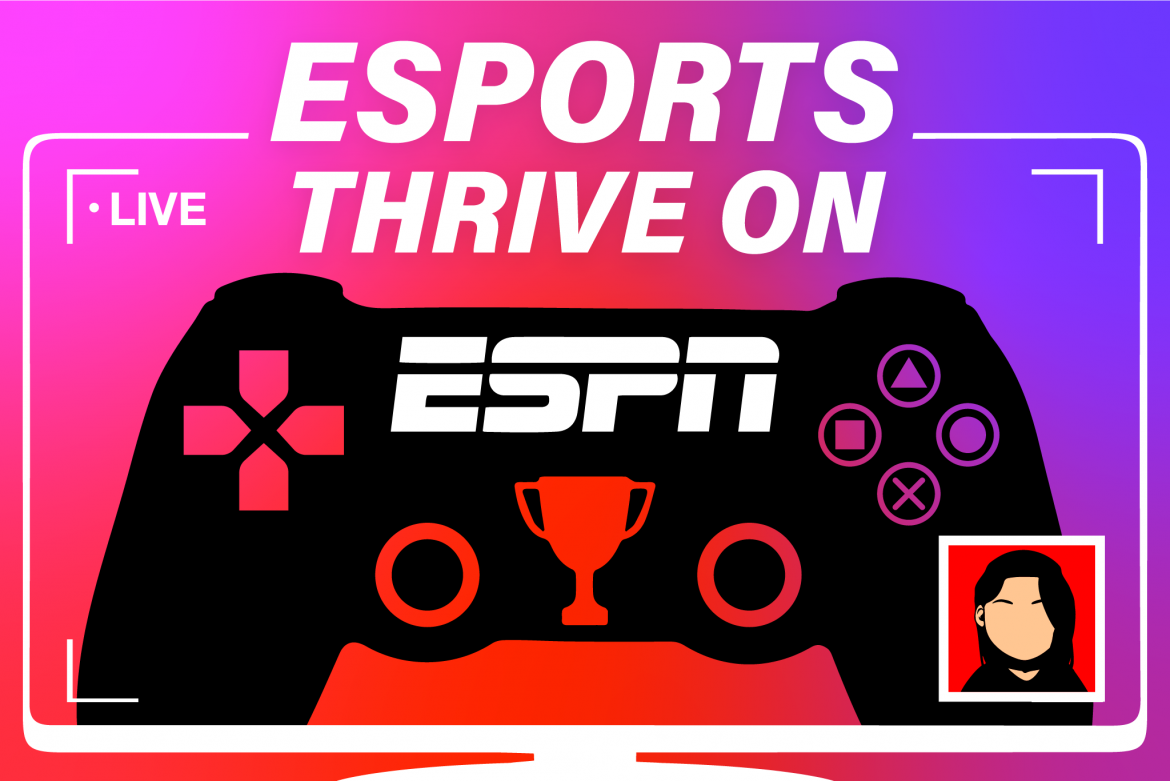 Live sports nearly went extinct for the time being due to the coronavirus, and networks like ESPN have had no new games to show. This remained true until the second weekend of April, when the first airing of esports was put on ESPN2 as the first live sport in over a month. ESPN2 aired the League of Legends Champions Series playoffs, which ended April 19 with Cloud 9 being the league’s champions.

Esports have been around for over two decades and encompass a variety of games, including soccer (FIFA 20), football (Madden NFL 20), multiplayer online battle arenas, first-person shooters (FPS) and many more.

Junior Jackson Duncan said he likes to watch one of his favorite athletes from the Nashville Predators hockey team, who plays the NHL 20 video game.

“He has been playing one versus one NHL 20 against other players, so I’ve tuned into that,” Duncan said.

Duncan initially became exposed to esports through his former roommate, who is a fan of Fortnite, and by watching streamers on Twitch. Now that Duncan’s favorite team is online instead of on the ice, he follows them through their video game streams.

Senior Emma Vaughn said she paid no attention to esports until there were no other sports to watch.

“I am friends with a bunch of people who are super into sports, and it is nice to pass the time,” Vaughn said. “But we are into real sports and real life happening. [Esports are] not even close to as realistic, so I think it is only till this is all over and sports are back on.”

Esports may be a way to pass the time, but it will never satisfy the competitive craving Vaughn appreciates in physical sports.

“It is not the same,” Vaughn said. “I think it is cool they are trying to do that — just trying to generate some excitement — but it doesn’t do anything for me.”

Sophomore Andrew Miller follows both esports and traditional athletics. Miller is a fan of basketball and football as well as the esports FPS Counter-Strike: Global Offensive and FPS Overwatch. Miller said he respects that going professional in esports is just as hard as going professional in regular sports.

Miller said he views the dynamics of the esports and sports games similarly.

“Sports and esports both take a lot of strategy planned out beforehand and being able to adapt and overcome whenever your strategy falls through,” Miller said. “Whenever you have a plan and it doesn’t work, you have to be able [to] adapt in order to win in both esports and regular sports.”

For some people, esports is a temporary time filler to satisfy their drive for competition, while others have followed it for a while. For now, this is the only form of live sports to view until COVID-19 passes.