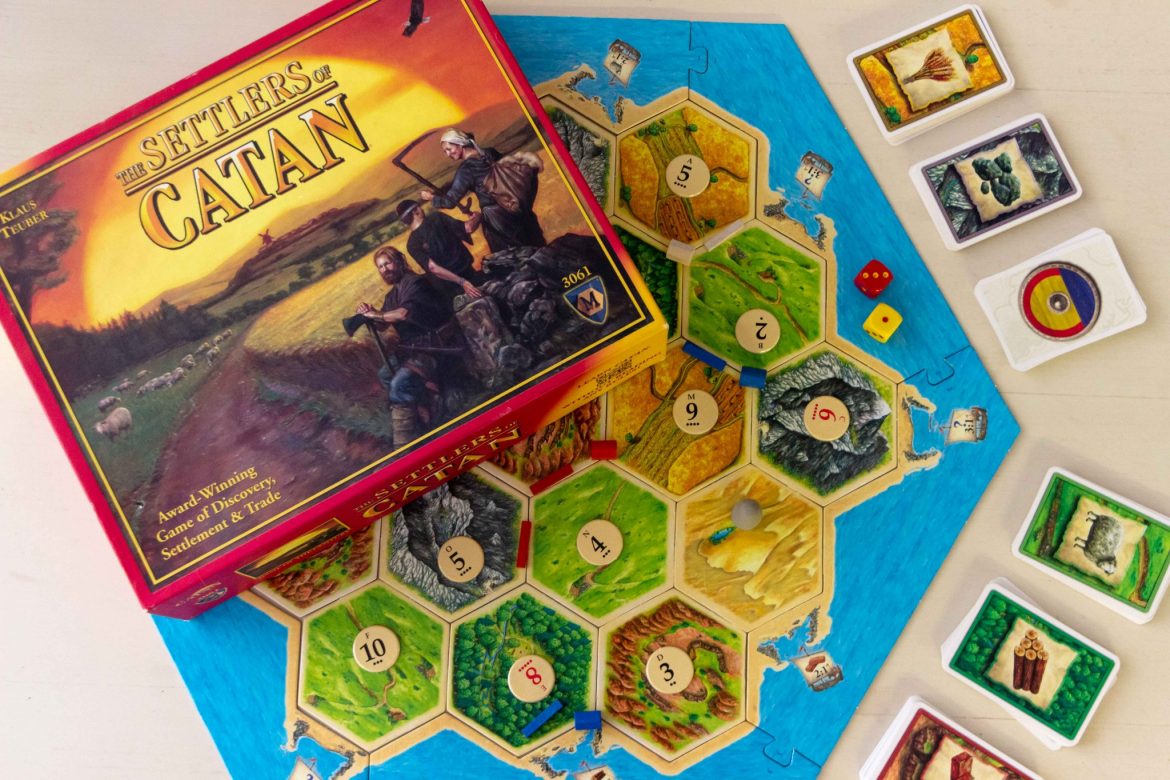 The concept of board games has been around for centuries, and each game has different aspects and strategies that intrigue people. With a lot of time indoors right now, some people have filled the time discovering new games or rediscovering old favorites.

Board games bring people together to have fun and make memories that last a lifetime. For senior Jason Lightfoot, that’s exactly what his favorite board game Settlers of Catan does. Lightfoot said the aspects of this strategic game he enjoys most are gathering and spending resources to build settlements, as well as the wholesomeness of the game.

“The game changes every time you play; you have to think strategically, and it’s wholesome,” Lightfoot said. “Last semester, I spent several evenings with some of my friends in Armstrong [Hall] playing Catan. It was the only time during the semester that I got to really hang out with them, so I loved every second.”

Senior Erin Weiss agreed with Lightfoot, saying Settlers of Catan is the best board game. Weiss said the uncertainty of the game provides a thrilling experience.

“I like playing it ’cause it’s one that involves a lot of strategies,” Weiss said. “Also, the board changes every time you play, so things are always exciting and new.”

While associate professor of biology Michael Nicodemus said he agrees that Settlers of Catan is a great game, he said he believes that the best board game is Gloomhaven — a “dungeon-style cooperative campaign” game with missions that take one to two hours to complete. Nicodemus has been playing this game with two friends of his recently and loves how this game serves as a getaway.

“It is really nice to just have something like that that has nothing to do with school, science or responsibilities as stress relief and time with friends,” Nicodemus said.

As with most things that are competitive, board games can get intense. Senior Abigail King said she has made great memories playing her favorite board game Codenames.

“My favorite memory is playing this at a party with some Harding friends one summer,” King said. “It’s so funny to see how everyone thinks so differently and to try to interpret meanings based on the clues given. A few people were confused about the rules, so we ended up standing on chairs and playfully debating out the proper way to play the game, only to discover that we were saying the exact same thing. This game can get a little heated, so it’s important to play with people that you feel comfortable with. True colors have been revealed many times while playing this game.”

Through the debating and craziness that comes from playing any board game, what makes the game the best may be the people you choose to play with.

“Board games are a great way to feel connected to those around you,” King said.