Home Lifestyle Celebrities use their platforms to spread positivity

Celebrities use their platforms to spread positivity 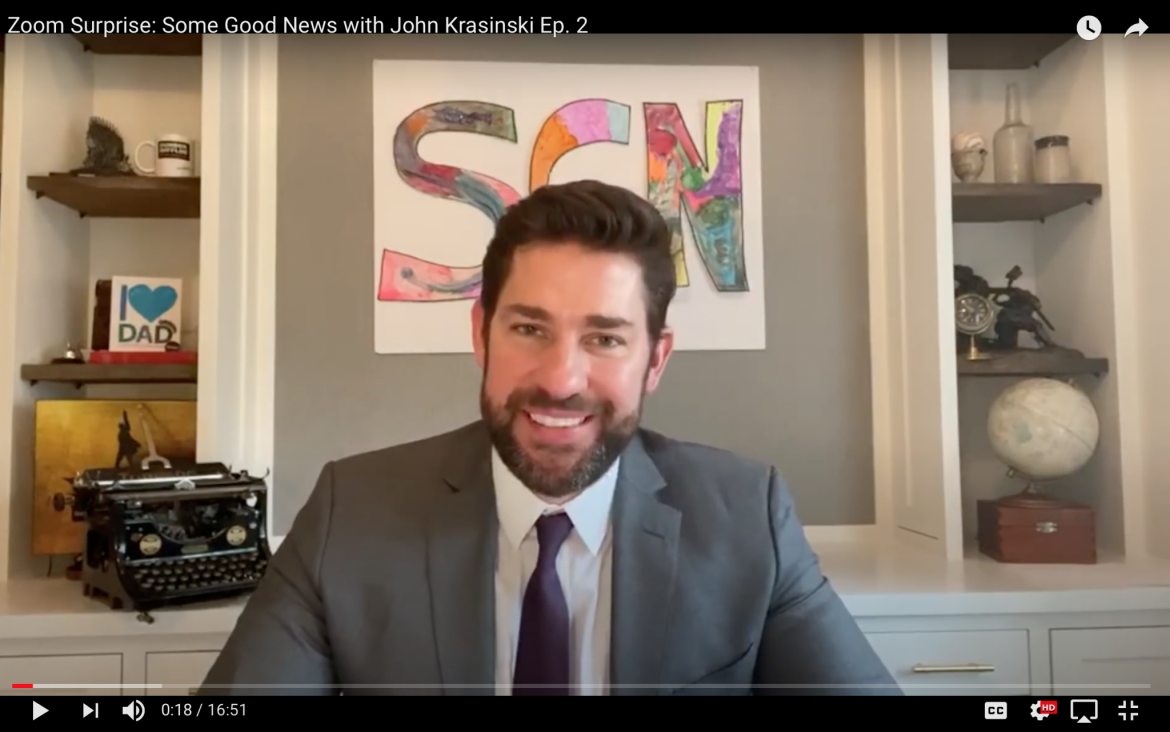 After about a month of quarantine, many have struggled with the seemingly never ending negativity. In this unprecedented time of chaos, however, some are finding opportunities to help people come together and become stronger. Recently, some celebrities have begun using their influential platforms to spread positivity in a time of darkness.

Celebrities like Jimmy Fallon and John Krasinksi have used their platforms to aid in the fight against negativity and put smiles on their viewers’ faces.

Jimmy Fallon has continued “The Tonight Show” from his own home. Fallon regularly includes his young daughters in the show and features celebrities via video calls and comedic TikTok videos.

Krasinski started his own news broadcast on YouTube called “Some Good News” (SGN), which is focused on highlighting good things happening around the world. Hitting close to home, Krasinski gave a shout-out to the Searcy teachers that rallied together in a drive-by parade across town April 2 in which they waved to their students.

Sophomore Hannah Hackworth said she watches SGN and has enjoyed the lighthearted YouTube broadcast. She was impressed with what Krasinski is doing to encourage the world. Hackworth also noted another celebrity, Taylor Swift, who reached out on Twitter to give some of her fans money through PayPal to pay for rent.

“I think it’s great that they’re trying to bring light during such a dark time,” Hackworth said. “Especially the celebrities who are both encouraging people to abide by [Centers for Disease Control and Prevention] guidelines and helping remind people that there is good enduring through this trial … They’re the ones I see being the most impactful.”

In a world adapting to a different routine, junior Rachel Bible explained how she thinks life derailing itself has become the “new normal.” Bible said that with this change of pace, an assortment of good has come to the surface, which has not gone unnoticed.

“I think it’s something really unique about the world right now,” Bible said. “We are all being affected by the same monster, and everyone is fighting in different ways to not lose to the negativity.”

Bible listed a variety of ways the community is pouring into one another to bring positivity.

“Everyone does this in very different ways,” Bible said. “CEOs are giving back to their workers, comedians are doing their shows from home, teachers are hand-delivering food to their students every day, young people are writing letters to people they barely know.”

Senior Garrett Carmical said he does his best to filter the pessimistic messaging from the informational and fuel his day with things that are not “soul-draining.”