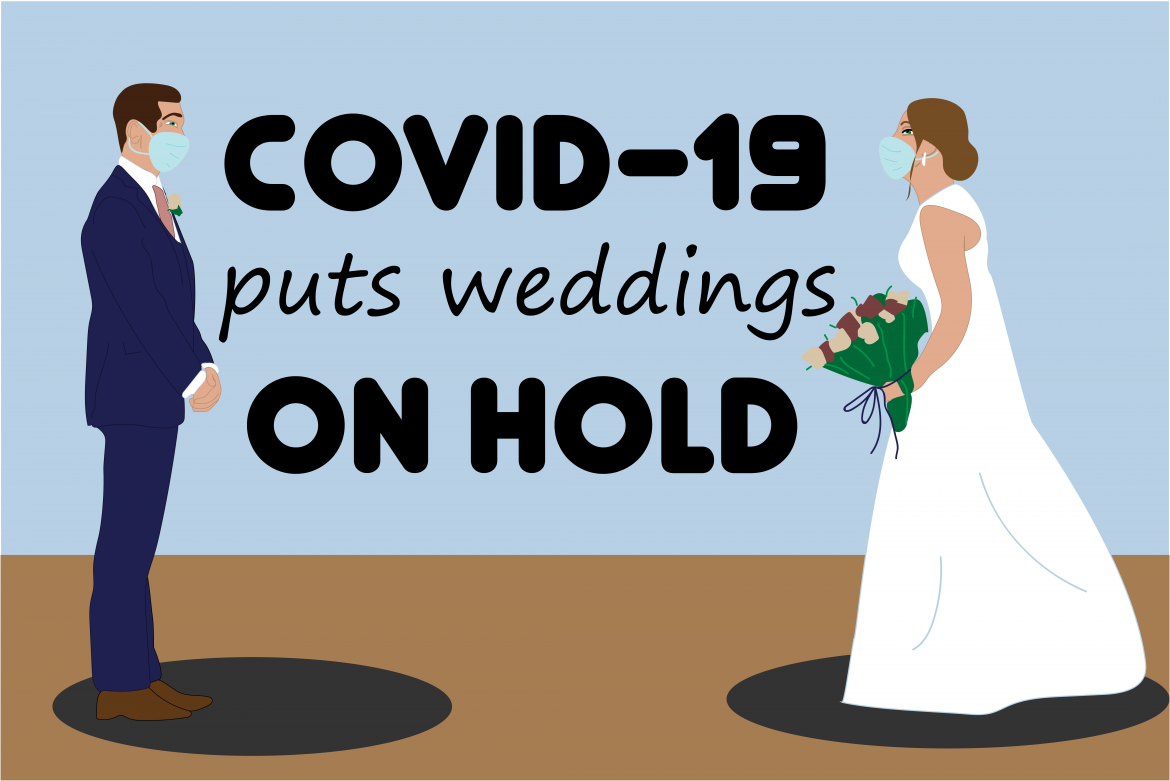 COVID-19 has significantly affected wedding ceremonies, forcing couples in the United States and around the globe to alter their wedding plans. However, some couples have come to peace with the inevitable changes.

Some couples have proceeded with their weddings in the presence of close friends and family members thanks to the evolving restrictions on group gatherings. Others may have already announced that they are moving their date back. Still others are getting married at courthouses with plans to have a reception at the end of the virus’s havoc.

Seniors Emma Taylor and Tyson Forkner were planning to marry this June in upstate New York, but due to the health and safety issues of people traveling to the hotspot that New York has turned into, they aren’t sure how their plans will change.

Taylor said they considered moving the wedding to Arkansas, where more people could attend, but her dad is a doctor serving on the frontlines against the coronavirus and can’t take the time off to travel as of now. The two plan to keep their original wedding date in the calendar and then have another celebration later on.

“For a while, I thought, ‘No, I’m just getting married once, and I don’t want to think about planning a whole other ceremony,’” Taylor said.

However, she said she started to think about how sad she has felt missing other people’s weddings and realized she wanted to give friends and family the chance to celebrate with her and Forkner.

“People always say your wedding is about you, but you wouldn’t invite other people if it wasn’t about them,” Taylor said.

Junior Abigail Curtis said she and her fiancé, junior Nick Simpson, are getting married in August no matter what happens, but being able to have the wedding ceremony is contingent upon people quarantining themselves and following the Centers for Disease Control and Prevention guidelines of social distancing. Since their wedding is much later in the summer, she said they’re waiting to see if any changes will be necessary.

“I have a worst-case scenario mindset,” Curtis said. “Hopefully, we can do what we’ve been planning for, but if not, I’ll just be grateful that we get to get married anyway.”

Unlike the potential plans of Curtis and Taylor, seniors Carlee Freeman and Carson Gentry aren’t planning on having a separate reception when things go back to normal due to their work schedules that will start soon afterward.

Because current CDC guidelines suggest no gatherings of more than 10 people, and their wedding is in May, Freeman said they might not be able to get married at the venue they had originally planned.

“We may just get married in someone’s backyard,” Freeman said. “Our immediate family is a lot more than 10 people.”

Couples all around the globe are experiencing feelings of disappointment as COVID-19 changes an event oftentimes planned months in advance. However, life will go on, as Freeman said.

“It’s sad that what you planned for isn’t going to happen, but we still need to make the best of it — it’s worth it,” Freeman said. “We’ll have a good story to tell our kids later.”