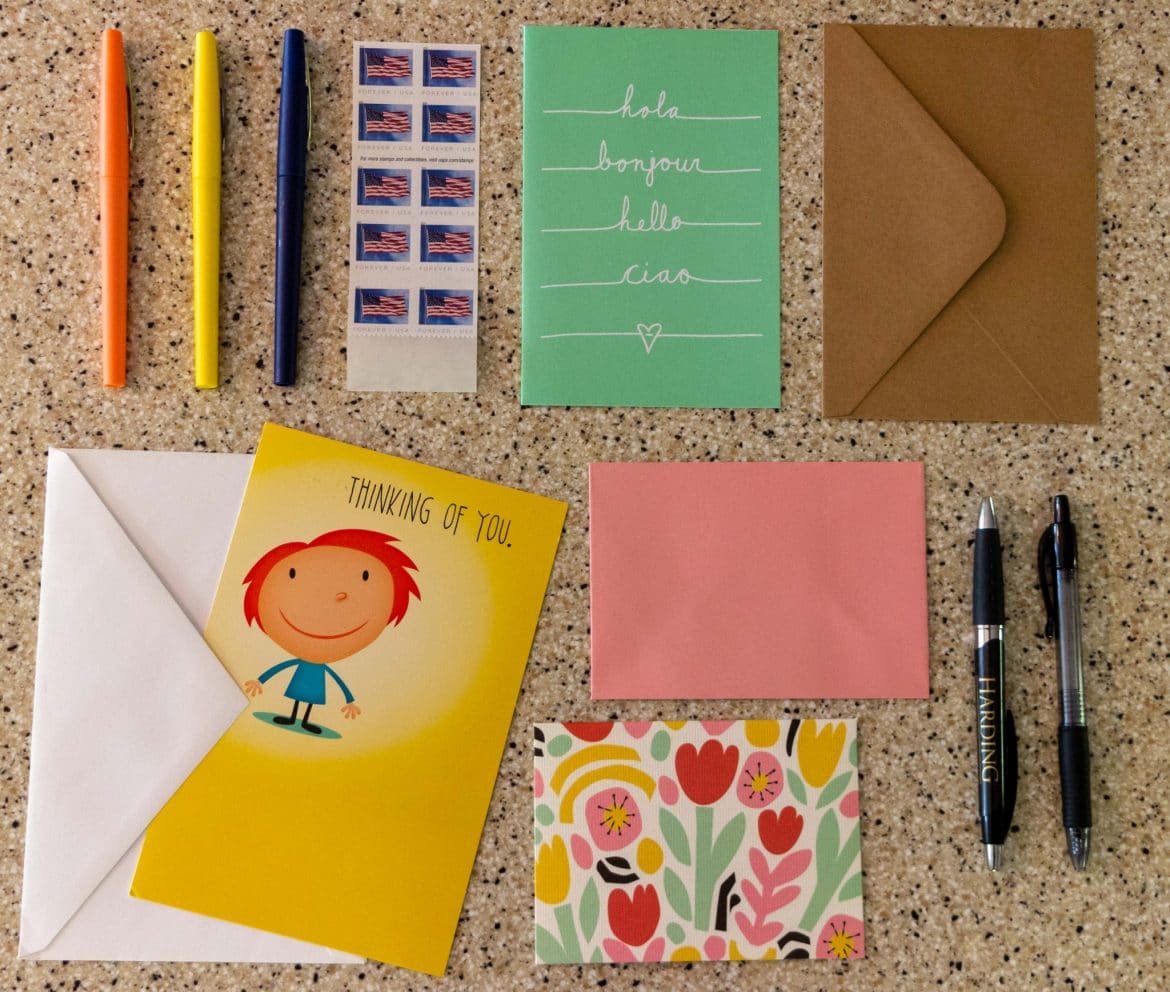 After the Harding community learned on-campus classes were moved online for the remainder of the semester, students began finding ways to stay connected. Some students joined a walking group on Facebook, others began sending pictures of their daily outfits in an email chain, and others participated in a themed spirit week. A few students are going old school by sending mail to their friends across the country.

Sophomore Hannah Hackworth began writing letters to her friends after the Student Association promoted the idea to find pen pals.

“Texting your friends is instinctual, but being intentional about creating friendships with people you don’t necessarily know very well is a bit harder,” Hackworth said. “So I thought having a pen pal or two would make advancing those relationships a bit easier and more exciting.”

Hackworth said she is excited to look back at this time of isolation and remember what she learned through the letters she received from friends. She encouraged everyone to use this extra time to dive deeper into relationships and explore new topics with friends.

Junior Melody Sutton decided to join in on the action and start a pen pal group within women’s social club Sigma Phi Mu, for which she is activities director. Sutton wanted her sisters to feel connected and continue to grow deep, spiritual relationships among one another.

“When you take just five minutes to sit down and write a letter, it can make a huge difference in someone’s day or even week,” Sutton said. “I encourage everyone to take just a few minutes to spread encouragement and let someone know you are thinking about them and that they are loved.”

Sutton said people should consider reaching out to friends and family in times of sadness and isolation. Hackworth and Sutton both expressed great urgency for students to lean on friends when feeling vulnerable.

Senior Sara Anne Brown said she began writing letters to friends as a hobby when she was still on Harding’s campus. She said she loves that writing letters makes her relationships more intentional and silly.

“This is a way I’ve already been very encouraged to be able to keep in touch with my friends who are just across town or across the country,” Brown said. “I can’t see them in person right now, but we’re all doing something for each other, and having the tangible letters will give us a way to look back on this later.”

Brown said she feels like her friends are right there with her when she receives mail because they write just the way they talk. Brown, Sutton and Hackworth all said they have enjoyed keeping up letter correspondences with their friends. Letters are also a great way to document history and everyday life.