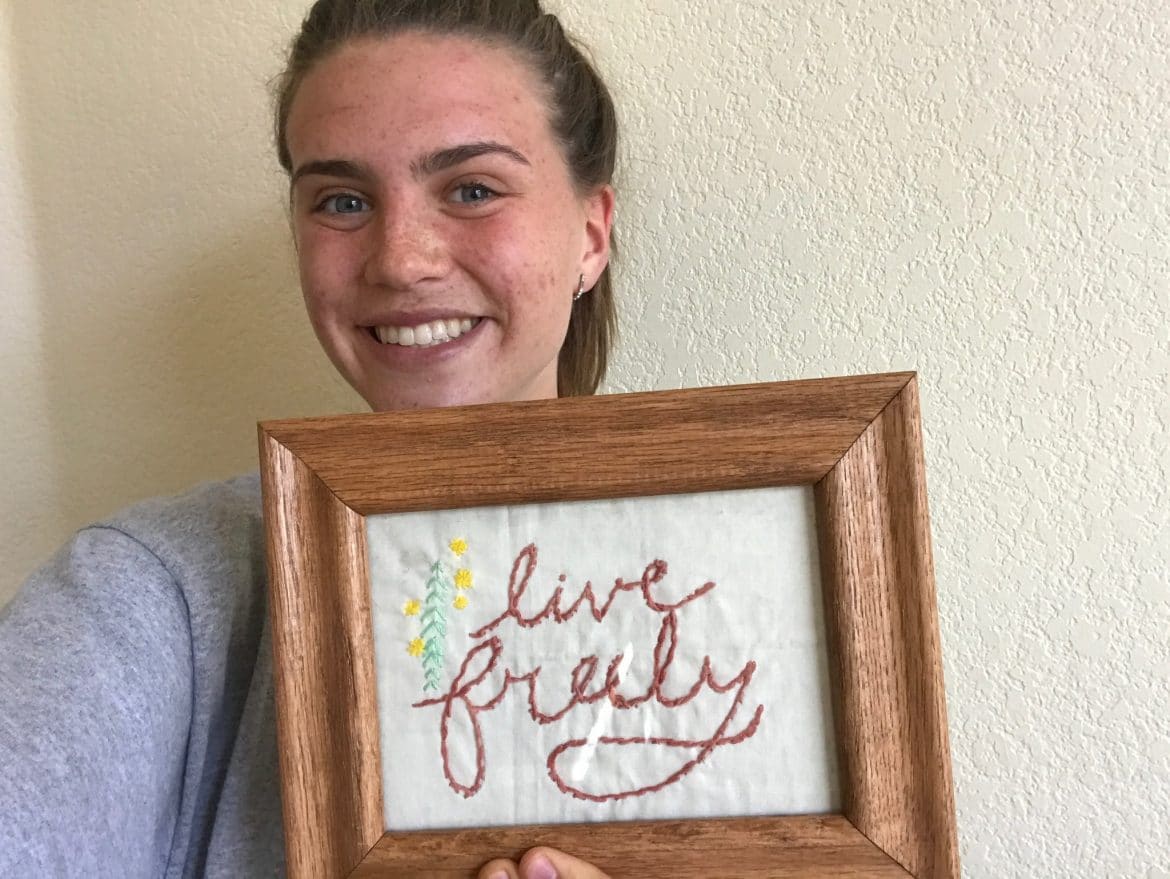 During this time of social distancing and self isolation, many are looking for something to fill the time. Hours that would normally be spent hanging out with friends, going out to eat or going to the movies are now being spent inside. Picking up new hobbies and mindful activities is a great way to pass the time. For some students, sewing and embroidery have provided the perfect outlets.

Senior Emily Morris said she picked up embroidery about a month ago. Morris said she and a group of friends would have craft night devotionals where they would get together, work on crafts such as cross stitching and embroidering, and just spend time in fellowship.

“It was a good way for us to get together,” Morris said. “Now, it’s something you can also do by yourself. You can just listen to a podcast and embroider, and it’s just a good way to have a creative outlet.”

Morris said that with so many different teaching methods available online, such as videos and blog posts, anyone who is interested in picking it up is capable.

“I’ve never really sewn before, so it’s always nice picking up a new skill and seeing how it goes,” Morris said.

Senior Jesse Buchanan said he had been wanting to learn embroidery since he first learned how to sew patches onto his denim jacket.

“I wanted to learn more, and quarantine/spring break with no end seemed like the perfect time to just pick up something new,” Buchanan said.

Buchanan said he bought an embroidery hoop for less than $1.50 and also purchased thread for less than 50 cents. From there, he looked up YouTube videos to teach himself.

“It’s really cheap for the materials and everything, and there’s just tons of free patterns that you can print and download and trace,” Buchanan said.

The project he began with was another denim jacket, on the back of which he embroidered the names of bands he had seen live in concert with different colors.

“Doing something with your hands that you don’t really have to think about is just really relaxing to me,” Buchanan said.

Recently, Simmons said she has been working on making headbands with buttons sewn on the side for nurses and doctors who are working overtime in the hospitals. With these headbands, workers can hook their face masks onto the buttons instead of over their ears, which gives relief.

“There’s not much, you know, that we can do from home right now to help people, other than just, like, stay home, but that’s more of a passive thing,” Simmons said. “So sewing the headbands for me is more of an active way for me to give back to those who are taking care of others.”