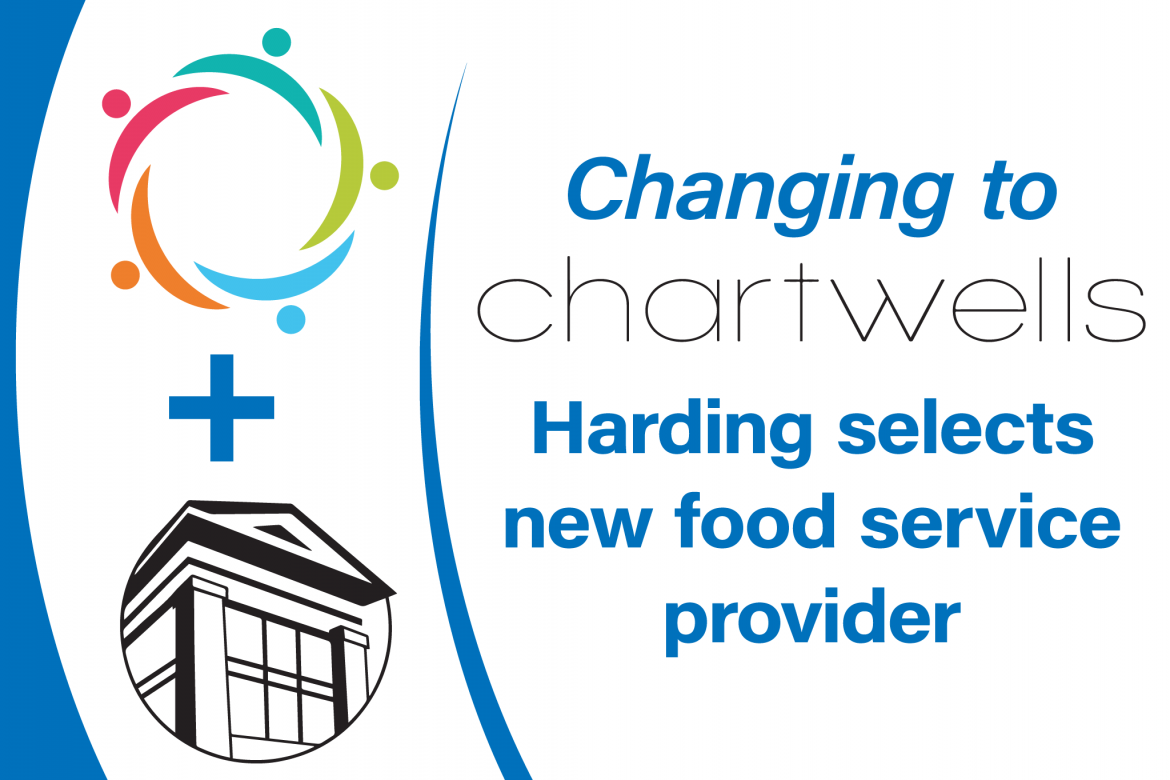 After over 30 years of Aramark overseeing food services at Harding, a new company will take charge of feeding students this fall. Vice President for Finance and CFO Tammy Hall announced to students via email March 25 that Harding selected Chartwells as its new food service provider.

With Chartwells, some things will change while others will remain the same. Chick-fil-A, Panda Express, Einstein’s Bagel Company and Starbucks will all remain dining staples on campus. The coffee shop in the library, Java City, will be replaced by another coffee provider. It is unclear how similar the dining hall options will be with Chartwells.

One of the biggest changes Chartwells will bring is the removal of Taco Bell in the student center, to be replaced with a student choice option. Tim Jones, assistant vice president of finance, said this means that Chartwells will collaborate with students to choose what will take Taco Bell’s place for this fall. In future years, it will remain a rotating option that can be changed based on what students are most interested in having. Jones said the specifics for this fall are still being worked out.

Sophomore Kylie Coffey said she had not heard much about the possibility of a switch in vendors until it became official. She was happy to hear a new option will fill the Taco Bell location soon.

“I think it is awesome that they are switching Taco Bell to a student choice option, especially since we have a drive-thru Taco Bell so close by,” Coffey said. “I would love to see a pizza place fill in the spot, especially because of its location in the [student center.] Imagine having a pizza party in the pit.”

The competition was tight for the final four vendors that made their final presentations to a selection panel in February, Jones said, but Chartwells had an aspect that really stood out.

Jones said along with the student choice option, Chartwells proposed regular engagement activities like cooking lessons for students from the head chef. Specific events have not been planned yet, though.

According to Jones, one of Harding’s requirements for the vendor was guarantee that all existing hourly Aramark workers would be allowed to keep their jobs with the same pay and benefits or better.

“Mrs. Norma and your other [cafeteria] and retail favorites will have a job with Chartwells if they choose to stay on board,” Hall said in the email to students. “Management employees will have the opportunity to interview for roles on the new leadership team.”

“The health and well-being of the Harding community remains the top priority,” Rosenberg said. “Chartwells Higher Education looks forward to bringing a student-centric dining experience to the Harding campus in partnership with the University.”

Jones said Aramark has been great through the transition process so far, and he said a reason why students received the amount of refund they did for unused room and board was due to Aramark being generous in their contract agreements.

With any major change in the care of thousands of students, Jones said the process will take time to get perfect, especially with campus facing limited activity over the coming months.

“We were hoping to have lots of camps this summer to test out … the menus and getting all of that worked out with the Chartwells system, integrating it into our system, particularly on the technology side, and making sure that all works,” Jones said. “It doesn’t look like we’re going to have that. So … we may have to work out kinks those first six to eight weeks and just ask for patience from the students.”