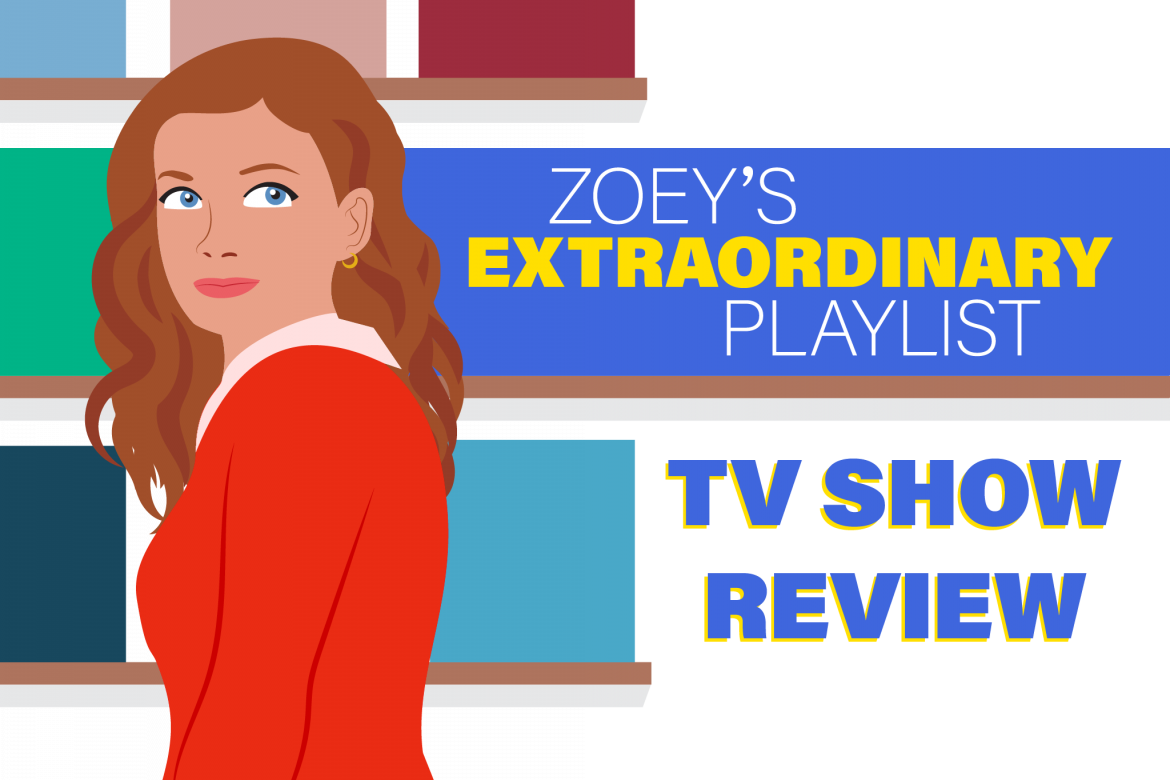 In this day and age, there comes a time in almost every college student’s life when they feel like they have watched every TV show under the sun. Shows like “Parks and Recreation,” “The Office” and “New Girl” are just a select few staples many college students have seen multiple times. Netflix, Hulu and other streaming services have shows that may seem cheesy based on their bio, but some of them are fully capable of capturing the hearts of college students near and far.

One new show in particular has the potential to cause a major key change in the hearts of college students, especially during this semester of quarantine. It’s called “Zoey’s Extraordinary Playlist.”

The new show can be found streaming on NBC and through live stream on Hulu every Sunday night at 8 p.m. CST. The show is based around a young 20-something year old working at a modern technology company who goes into the doctor’s office for an MRI scan during an earthquake while listening to the top 50 hits, and her world is officially rocked. She wakes up the next day suddenly able to hear the inner soundtrack of those around her.

First, it is the soundtrack of a woman dancing and singing on the street. Then, it’s the soundtrack of her crush at work. The inner soundtracks of people around Zoey keep coming. This show will make you laugh at the hysterical dance breaks strangers perform for Zoey and then make you cry when her father, who suffers from an ailing muscle dystrophy disease, stands and sings to her for the first time in months. Not to mention the added bonus that her best friend is in love with her and sings pop love songs like “Sucker” by the Jonas Brothers. All in all, the TV show may not be what you are expecting, but it’s almost guaranteed to be your next obsession.

Shows like “Friends” and “New Girl” are all the same. Although these shows are classics that every college student should see at least five times, it is time to put the sitcoms down and listen to “Zoey’s Extraordinary Playlist.”

The unbelievably talented cast is made up of several familiar faces. Zoey Clarke is played by Jane Levy, who starred in the 2016 horror thriller film “Don’t Breathe.” Zoey’s best friend, Max, is played by Skylar Astin from the “Pitch Perfect” films. Lauren Graham is Zoey’s grouchy boss Joan, but you may know her as Lorelai Gilmore from the hit show “Gilmore Girls.”

For students who are getting tired of the same old Netflix and Hulu shows constantly trending, check out “Zoey’s Extraordinary Playlist” for a change of tune. New episodes air on NBC Sundays at 8 p.m. CST and can be streamed  on Hulu.

How to stay connected while being apart