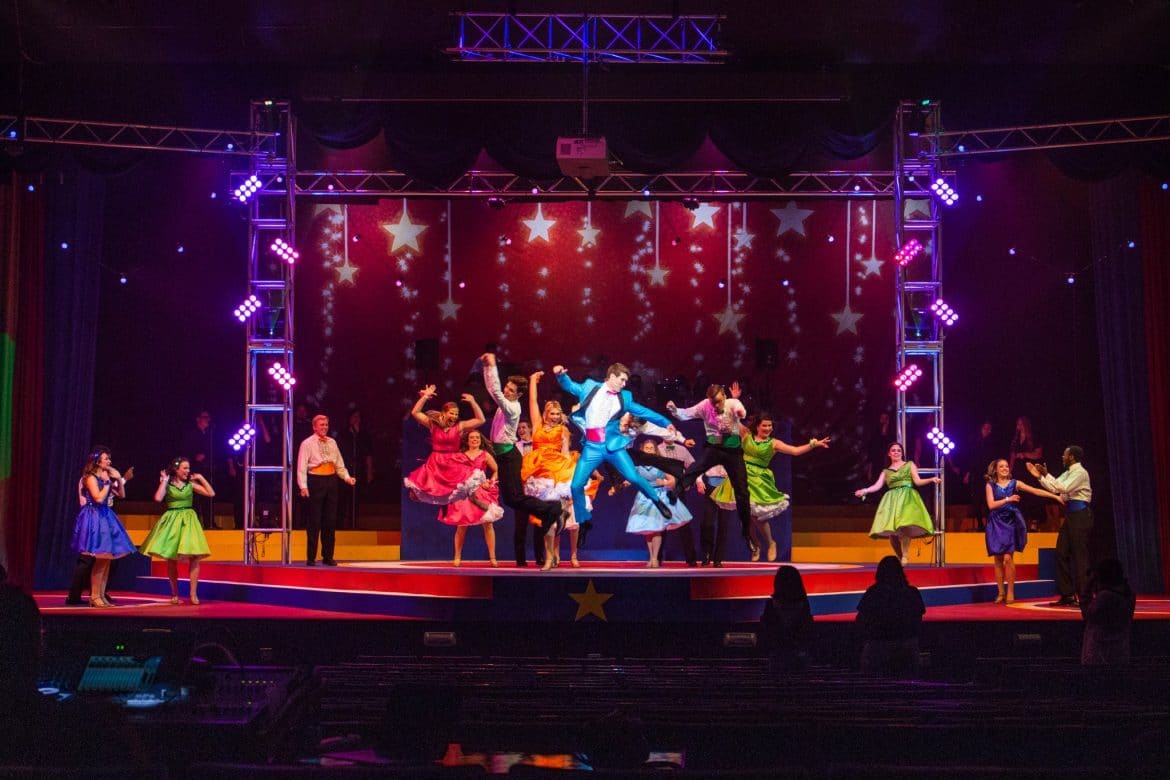 On Thursday, March 19, Harding announced that the University would be moving to online classes for the remainder of the semester due to the implications of COVID-19, and students learned of the cancellation of Spring Sing 2020, “Once Upon a Time.”

Spring Sing is a tradition deeply embedded in Harding culture, involving hundreds of students and numerous faculty members every year. This year marks the first time since it began in 1974 the University has cancelled the show.

Administration first contacted Spring Sing directors and professors of theatre Stephen and Dottie Frye over spring break about the possible impact that the virus could have on the production. Dottie said although they were disappointed by the decision, she knew it was not easy for anyone and supported whatever needed to be done.

Dottie said she knew they were not the only ones being affected by the virus, and the show would simply have to be put on pause for the time being.

Next year’s Spring Sing will have the same theme slightly adapted to be titled “Twice Upon a Time 2021.” Anyone who held a role in the 2020 show — like the ensemble members, hosts and hostesses — will have the opportunity to keep their role next year without having to audition again, even if they graduate. Social clubs will now be required to stick to the same show themes for Spring Sing 2021 they were working on for Spring Sing 2020, according to Dottie Frye. There will be a storage unit available to store any supplies.

“I think this is a wonderful idea since we have amazing costumes and songs, a beautiful set and amazing stories to tell that otherwise wouldn’t have been seen or heard,” senior Spring Sing hostess Ava Galyean said.

Galyean said although it will not be completely the same due to some people inevitably being unable to participate, she still believes it will be a great production and hopes to remain involved.

Senior Hallie Martin, Spring Sing director for women’s social club Pi Theta Phi, said freshmen contacted her and her fellow directors after hearing the news, thanking them for the experience and sharing about friendships and memories they had gained.

“This is how freshmen feel every year in every show because of Spring Sing and how God works through the people in the shows,” Martin said. “God worked through the time we had together on the Benson stage and in the Reynolds building to bring us together and make our time meaningful, regardless of if we were able to perform or not.”

Spring Sing not only impacts the freshman involved, but also the directors; Dottie said this year proved to be no exception.

“What I’ve learned is a reminder of what I’ve known all along, and that is that the time with the people, the relationships, the work and the laughter and the shared learning and experiences is precious,” Dottie said.

Above all, she said she wants Spring Sing participants to know they are loved and that their talents are a gift from God and should be used. She has hope that everyone will be able to come together and use these gifts again in the near future.