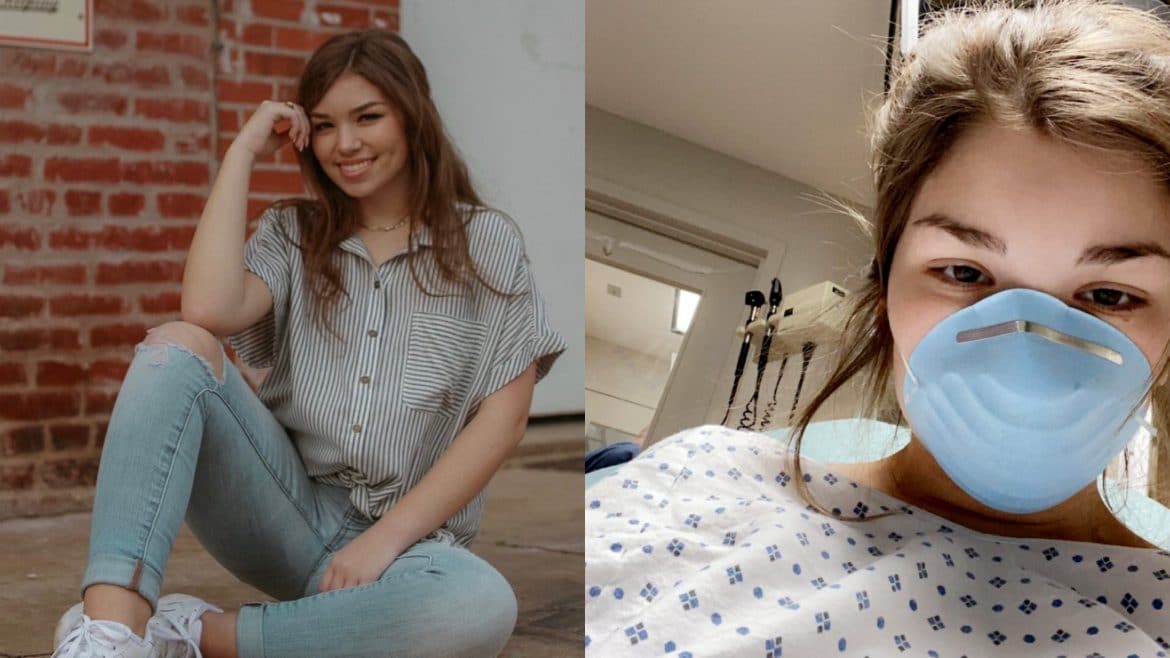 Harding University senior Emily Davis received the call Monday; the results of her COVID-19 test were positive. After displaying symptoms Friday and being tested for the virus at Searcy PrimeCare Medical Clinic on Saturday, Davis became the first person in White County to test positive for the novel coronavirus.

“At first, I didn’t believe it,” Davis said. “Even when I called to get the appointment at PrimeCare, I told the nurse, ‘I really don’t think I have this whole coronavirus, so y’all don’t worry about that. I just think I have the flu or maybe strep throat.’”

Over spring break, Davis traveled to Cancún, Mexico, but said it is unclear exactly where and when she contracted the virus.

“I originally thought I got it from [traveling] because of the dates and stuff, and a lot of people thought that the incubation period is 14 days,” Davis said. “Well last night I went to the ER to check my oxygen levels and stuff, and they told me that now it looks like [I have had the virus] about four days. So they … really just truly have no idea.”

Davis said her symptoms — which include fever, body aches, cough and difficulty breathing — all began affecting her at the same time. She compared the feeling to a case of the flu, though she said she knows this is a much different situation.

Even after symptoms showed themselves, Davis said she never imagined she would contract COVID-19.

Davis said the reality of her situation didn’t hit her until she received the phone call with her test results.

“I was super nervous,” Davis said. “The nurse on the phone kinda calmed me down and told me, because of my age and how I’m still healthy, that I will get through this.”

Despite a shocking few days, Davis said she has found comfort in support from family, friends and members of Harding women’s social club, Ko Jo Kai.

“Luckily, my friends have just been so sweet,” Davis said. “They’re helping me through a lot, and if I need anything, they’ll leave it at the doorstep … and, of course, I can text them or call them throughout the day, too, so that’s really helpful.”

Senior Kally Byrd and her family, as well as another family friend, traveled with Davis over spring break. She said none of them have displayed major symptoms or been tested, but they are self-quarantining and practicing preventative measures.

“I went to go get tested, but they advised me that only people with major symptoms such as fever should be tested, since we are running low on tests in the U.S.,” Byrd said. “I have just decided to wait out the next 13 days to see if I get any symptoms and go from there because that’s what I have been advised to do by PrimeCare and Unity Health.”

Davis said she lives with two other people off-campus in Searcy. They were both tested and have not heard results but are practicing self-quarantine.

As of Tuesday night, there were 230 confirmed COVID-19 cases in Arkansas and two deaths, according to Arkansas Department of Health. Davis was the first person in White County to test positive.

Harding University sent an email to students, faculty and staff members Tuesday regarding Davis, who remained unnamed in the email.

“The student has not been on campus since before spring break,” the email stated. “Student Life is in contact with the student to provide support as they recover. The Harding Community could continue to be impacted by the spread of the virus in the coming days and weeks.”