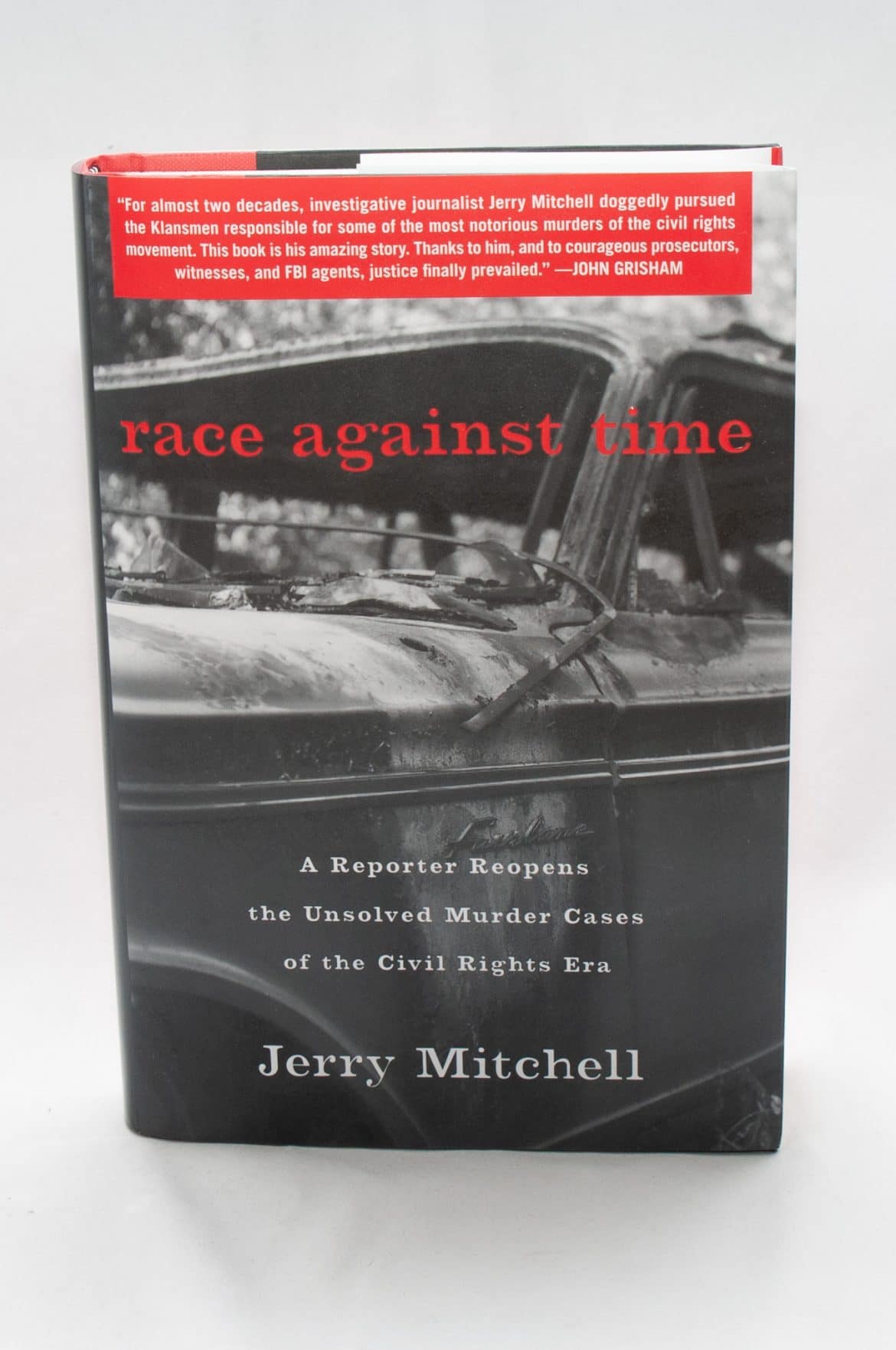 Harding University alumnus Jerry Mitchell spent 30 years as a successful investigative reporter, and he can now add author to his list of accolades. Mitchell’s book, “Race Against Time,” documents his efforts to reopen several unsolved cold cases from the Civil Rights era and to convict the men responsible for brutal crimes decades after they were committed. In doing so, Mitchell has helped put four members of the Ku Klux Klan behind bars.

The book is split into five parts. Each part describes Mitchell’s efforts in a particular cold case, from how he found out about the case, to tracking down witnesses that were still alive, to finding evidence that could still be used in court. Mitchell found remaining family members of victims and even interviewed the men believed to commit each crime, as detailed in the book.

“Justice demands it,” Mitchell wrote in a piece for The Clarion-Ledger newspaper in 1989, urging the state of Mississippi to prosecute the killers of the first case he covered. “Nothing more, nothing less.”

This first case involved the 1964 murders of three civil rights workers — James Chaney, Andrew Goodman and Michael Schwerner — by more than 20 Klansmen in Philadelphia, Mississippi. Not one was ever prosecuted for murder. Mitchell’s efforts to bring justice to those who got away with murder eventually went dormant, and the Mississippi Burning case, as it was called, would stay cold for a while longer.

This first chapter was a frustrating start. Mitchell’s description of the crime drew my interest from the very beginning, and I wanted to see justice served. It was disappointing to read that the men responsible wouldn’t be convicted.

The second part of the book covers the assassination of Medgar Evers, who was both a Civil Rights leader and led the National Association for the Advancement of Colored People (NAACP) in Mississippi before he was shot outside of his home in 1963. In 1994, Byron De La Beckwith, who had gotten away with murder during the original case, was found guilty for assassinating Evers.

As recorded in Mitchell’s book, after Beckwith was convicted, Medgar’s wife Myrlie Evers said, “Medgar was still alive in spirit and through each and every one of us who wanted to see justice done.”

The Medger Evers case was especially impactful for me to read. I cannot imagine the grief of his wife and children after he was assassinated. The fact that they fought for his justice even many years after his death was such an inspirational story.

In 1966, several Klansmen firebombed the house of Civil Rights leader Vernon Dahmer, resulting in injuries that caused his death. Four men were convicted for the crime, but due to their sentences being lightened, none remained in jail by the time Mitchell found out about the case in 1990. In 1994, Mitchell’s efforts helped to convict Imperial Wizard Sam Bowers, who gave the order to kill at least 10 people in the ’60s, including Dahmer.

The verdict of the Dahmer case was very emotionally stirring for me. Bowers was a man who was responsible for the deaths of numerous people, and after years of walking free he had finally been put behind bars.

This case made me especially emotional after I read the outcome of it. Finally, after decades, the families of the teenage girls could have closure and peace knowing that their killer was not free any longer.

The last case of the book is also the first chronologically, as efforts over the years brought about a new case for the Mississippi Burning murders. A full 41 years after the crime had originally been committed, Klansman Edgar Ray Killen was found guilty.

“In the cases where I’ve succeeded and those where I’ve failed, my aim has been to ensure that the truth was what wound up on the record,” Mitchell wrote in the epilogue of his book. “Only then could justice be done.”

“Race Against Time” captures a historic, real-life detective story of justice, forgiveness and hope even when a situation seems hopeless. It also brings to life how far our country has come since the times where people were killed for wanting equality. This reader gives it 5 out of 5 stars.

Harding cancels on-campus classes and activities for rest of semester