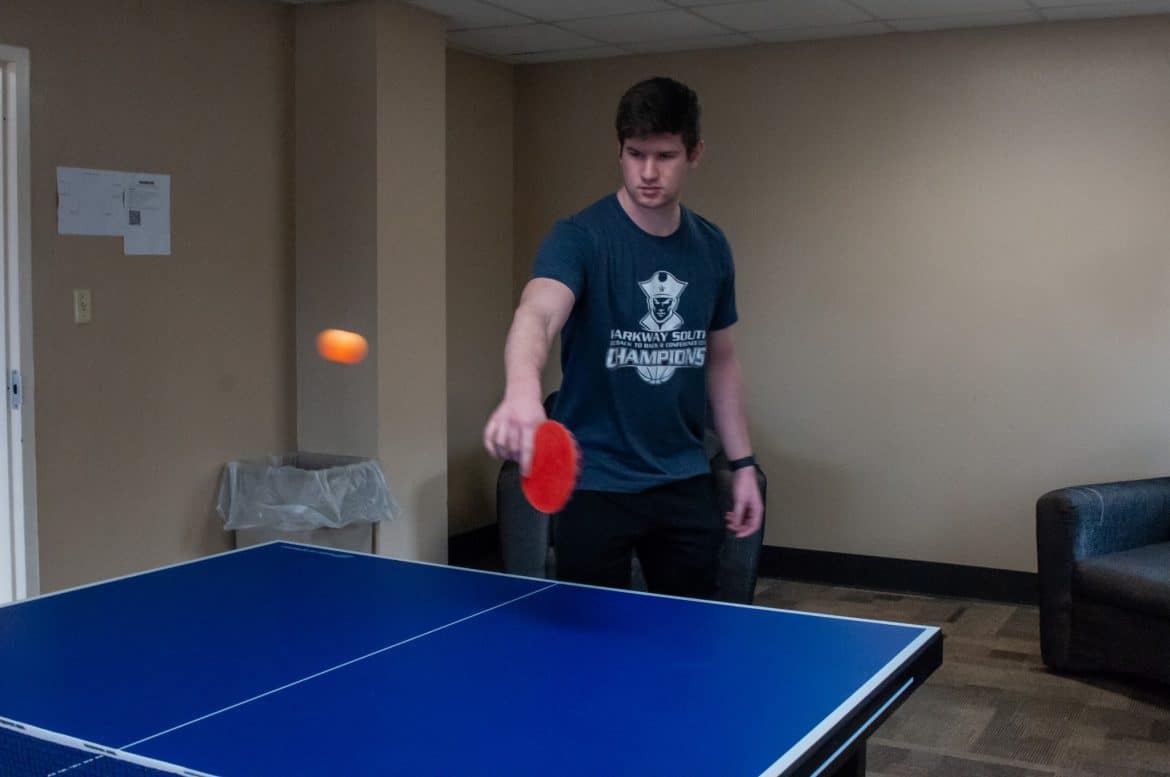 The pingpong tournament is back and in full swing for the second year. Harding students both on and off-campus have started the first rounds of the tournament.

In the first rounds of the tournament SA freshman representative Cooper Moore set up the brackets based on dorm residence. Each dorm has its own bracket set up, which functioned as its own tournament.

“The preliminary rounds are just sort of, like, play at your own pace and kind of play based off your own rules,” Moore said. “I didn’t really specify anything.”

Although the preliminary rounds were run by “house rules” — leaving the rules up to the two people playing at the time — Moore said the rules would become more defined when the tournament concludes after Spring Break.

“[In] the final rounds, there’ll be a more hard and fast set of rules,” Moore said.

Even though students are playing to win the golden paddle, this tournament was intended for more. Moore said he hopes that this is a chance for people to get out of their comfort zones, meet new people and have the spotlight on them.

“A lot of people will be there,” said Moore. “So if you’re looking to get your name or face out there, it would be a fantastic way.”

Last year’s runner-up of the pingpong tournament, Louis Wang, returned to the tournament this year and is ready to win and to meet new people along the way.

Sophomore Ender Freeman agreed with Wang and said it is the camaraderie that he was most excited about when he signed up for this tournament.

“I think pingpong is fun, and the camaraderie displayed last year is what made me want to sign up this year,” Freeman said.

Moore said the tournament will conclude shortly after Spring Break. An official date will be announced when students return.

The deadline to sign up for the tournament was Feb 19, but for those itching to show off their epic swing, this pingpong tournament will be back next year, and there will be more opportunities in the near future.

“The tournament will happen again next year.” Moore said. “So if you miss signups, pay attention to the announcement and we also will have a spike ball tournament coming up in the near future.”

From Harding to Helen’s