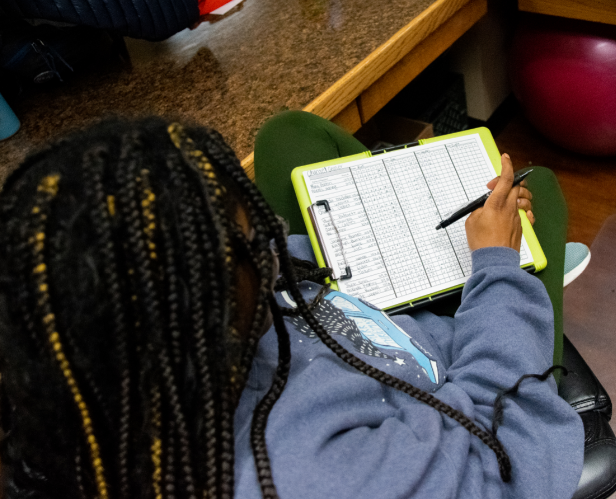 Every resident assistant (RA) visited the dorm halls last night and verified that all students were in their dorms. Some popped their head in and saw two sleeping figures, while others had a short conversation before moving to the next room.

An RA satisfies various functions for the dorm, including but not limited to: checking dorms nightly, working the desk and representing an authoritative figure, yet they are no different than any other student.

While the direct perks of being an RA are paid compensation and cheaper housing, there are more benefits that can be explored, something sophomore Stephens Hall RA Maddy Hall wishes to emulate.

“I saw being an RA as an opportunity to minister to freshmen girls specifically,” Hall said. “To reach out to people that are new to this stage of life and to not only teach them how to do it, but to learn from that and remind yourself what it is like to be in a new place.”

Hall has had two opportunities to make an impact this year, as she was an RA of Cathcart before later moving into Stephens due to the remodeling of Cathcart.

For Hall, being an RA allowed her to meet her new best friend, who is now her roommate, after having the student in her hall.

“I quickly learned that I am a person who likes to have a roommate, and the Lord worked very well in bringing me and my current roommate together,” Hall said. “I am so happy in my living situation now and wouldn’t have been exposed to my roommate Victoria.”

To familiarize themselves with the group of students they are responsible for, an RA can take the time and effort to meet all in their care, something sophomore Trevor Durey took upon himself.

“I definitely tried to take time during the first few weeks to stop in, talk to guys, figure out their names and what their majors are, get to know them, and starting up conversations in the hallway,” Durey said.

Freshman Jaxon Nash was inspired by his RA, Cody Porter, during his first semester at Harding and became an RA to perhaps impact someone like Porter impacted him.

“He would always respect us just as adults like he was, which helped ensure none of us were doing irresponsible things in the hall or anything like that because he respected us,” Nash said.

Nash now lives on the floor directly above his old RA and said he loves his duties. An RA observes the different environments their group creates. He said he enjoys seeing the different worlds each room contains in this giant, connected community.