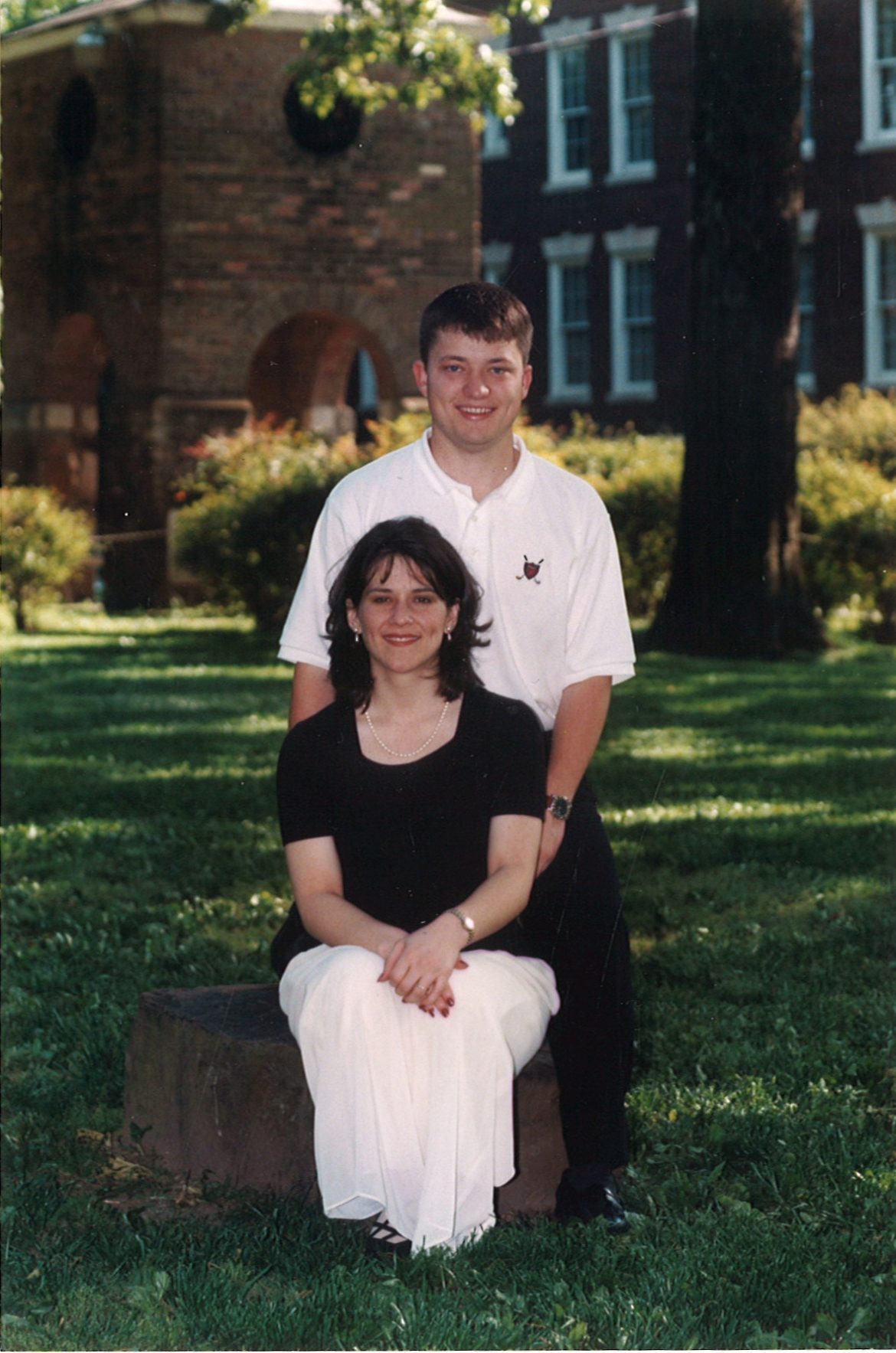 When Drs. Allen and Laurie Diles met in 1991, neither had marriage on their mind. Laurie had already earned her doctorate degree and had begun her career teaching at Abilene Christian University (ACU); Allen was already well on his way to forming a long-term mission team. Before they even met, Laurie heard mention of Allen from a mutual friend.

“[My friend would] say, ‘You sound just like my friend Allen Diles,’” Laurie said. “And I was like, whatever. But then, you know, by the third time I’m thinking, ‘Well, who’s Allen Diles?’”

At the time, however, Allen was overseas doing mission work in Prague, so Laurie said she didn’t think much of him. When he returned to the U.S. to begin missions training at ACU, the two had their first interaction in fall 1991, which ­— as Allen described it ­—­­ was not love at first sight.

After a particularly upsetting evening teaching night class, Laurie said she went to her friend’s apartment to talk things out. Little did she know, a group was attempting to watch a movie there.

From there, the two began to occasionally see one another in group settings, particularly with a group who ate dinner together on Wednesday nights. Everything changed, however, midway through spring 1992. Allen recalled seeing Laurie in graduate-school chapel for the first time after returning from spring break.

“In comes Laurie, and I just kind of looked at her,” Allen said. “She was wearing this really pretty, kind of blue flower-print dress. And I just thought to myself, ‘She looks pretty good.’ So that’s when she first kind of caught my eye as more than just, you know, we see each other on Wednesdays for this meal that we eat together with our friends.”

From there, the two began to spend much more time together, although they said the first official date is still in debate between them. The couple, now married 27 years, said they quickly grew serious, leading to an engagement in November and a marriage in December 1992. A little over a year later, the two moved to Prague as missionaries.

Before any engagement, however, the two made their intentions with one another quite clear with a simple conversation.

“I knew that Laurie’s dream was to always go back to Brazil, and I was already committed with this group to form a team to go back to Czechoslovakia,” Allen said. “I said something along the lines of, ‘I’m afraid we’re going to get serious or something, and then you’re not going to want to go to Czechoslovakia with me.’ She said —”

“When she said that, I said to myself in the back of my head, ‘This is the one.’”

Jason and Mary Darden noticed each other in Rich Little’s freshmen Bible class.

Before the Dardens started dating their junior year, Mary was engaged to her high school boyfriend, and Jason was deployed to Egypt with the Army.

Junior year, Jason and Mary spent many nights studying together in the library.

Jason said the positive opinion of his family meant a lot to him when introducing them to Mary.

“My mom and Mary came to [a] football game to watch me play,” Jason said. “My mom whispered to me, ‘I really like her.’ It was a done deal.”

One of the most important things to Mary was Jason’s spirituality and assistance in her walk with God. She said Jason re-baptized her while they were dating, because she had not taken the decision seriously when she was baptized as a young teenager.

“I think the falling in love part for me was his love for God,” Mary said. “He put God first. Not everybody is like that, and I was really serious about my faith and wanting to learn more.”

The Dardens dated for five months before getting engaged in January 2003. They married during spring break on March 15, 2003, and had their first daughter almost exactly one year later, shortly before graduating college.

Andrew and Amy Baker met for the first time at Spring Sing practice their freshman year. Amy wore a shirt from Russellville, Arkansas. Andrew had recently moved there, and approached her about it. The next year, Andrew and some friends went to Russellville every Friday to watch his brother play football. Andrew’s father informed him Amy had also been going home every weekend to watch her own brother play football and encouraged him to extend the invitation.

“He told me he went home with a lot of friends — never did any friends go with us to Russellville,” Amy said. “I think that was a false statement. He was trying to trick me.”

Andrew denied the falsehood of the statement, saying his roommate and suitemate were both supposed to come but canceled on Friday morning. He said he stopped inviting his friends to come along after the first time.

“Driving back I remember thinking she was cute, but she had fed me a line about how she wasn’t going to date anyone,” Andrew said.

Their first official date was during sophomore year at the hayride function for women’s social club Delta Gamma Rho (DGR), for which Andrew was a beau. Two years later, Andrew had the vice president of DGR call a ring ceremony.

“The candle was going around, and we were singing,” Amy said. “Then it got to Stacy [the vice president] and I was excited but then Andrew had pulled it back to him and blew it out. I remember thinking ‘What are you doing? That is so rude.’”

Amy said she didn’t realize it was her own ring ceremony until Andrew was in front of her on one knee, and even then she was still looking around the room in shock.