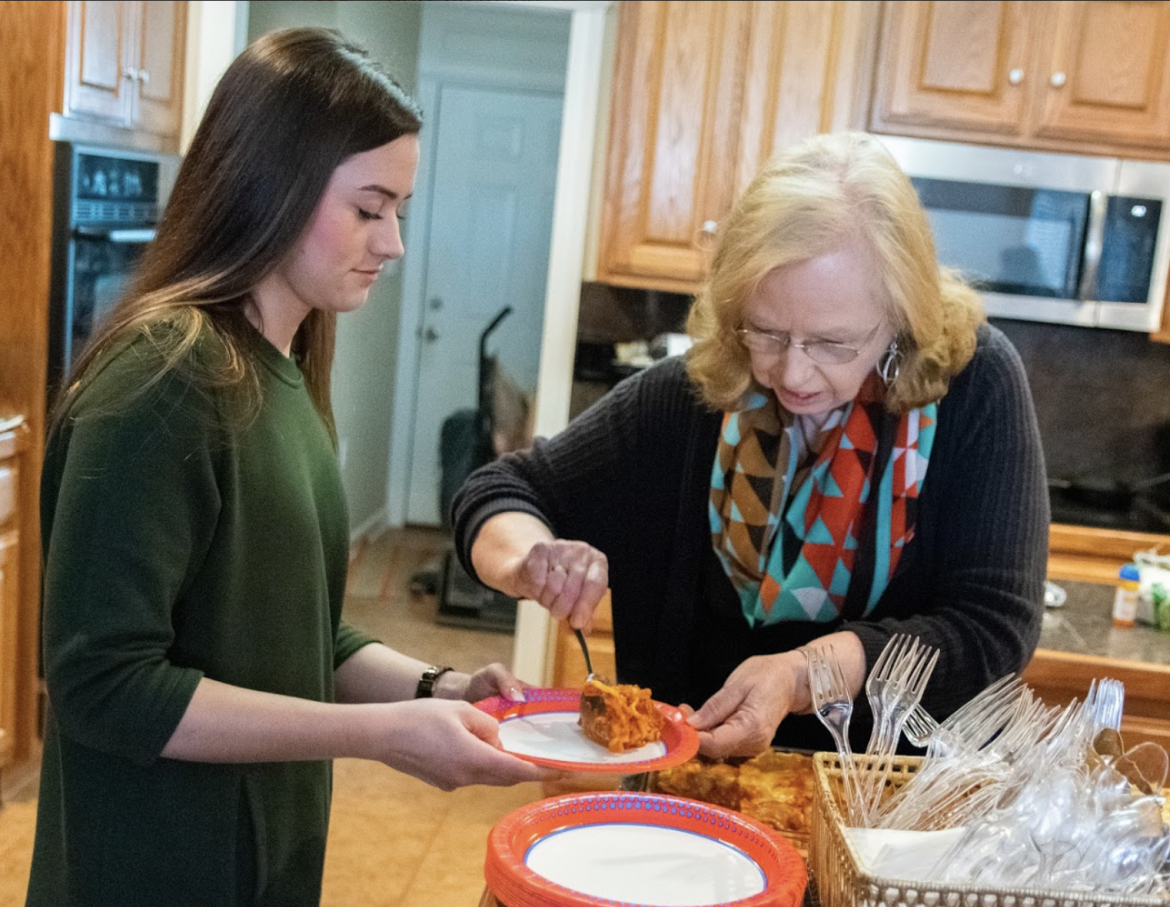 The Spanish Department hosted a weekend dedicated to fellowship and food on February 1st through the 2nd at a professor, Ava Conley’s house and included varying cultural dishes.

All in the Spanish Department were welcomed into a restaurant-esque scene as they entered Emeritus Professor of Spanish, Conley’s home. She prepared three homemade meals that would feed up to twenty-five Spanish students at a time. A Saturday brunch, Saturday evening meal, and a Sunday brunch all including different cultural dishes gave students and faculty the opportunity for a taste bud awakening.

This extravagant weekend began about fifteen years ago when Conley saw a need for fellowship between the differing classes.

“It’s a chance for interaction between majors and minors,” Conley said, “it gives a chance for freshmen to mingle with sophomores, juniors and seniors.”

As Conley hoped, Senior Spanish and Medical Humanities Major, Taylor Weatherford, looked forward to the weekend full of delicious food and the conversing of Spanish with her friends.

“I appreciate the community that Spanish has formed because I feel more comfortable speaking with all the students that I am in class with,” Weatherford said.

Michael Krupka, Senior Spanish and Political Science major, attended the Sunday brunch and emphasized the closeness of the department.

“Something that makes the Spanish Department so close is that we do stuff like this,” Krupka said.

Weatherford and Krupka noted how opportunities like the weekend allow growth in not only in the students’ relationships with one another and the faculty but in the students’ language development.

“I think it’s really important that we struggle together and recognize that we’re there for one another,” Weatherford said.

From the educator’s point of view, Conley has enjoyed being able to watch students cultivate close relationships through Spanish. Through the years, she has seen students arrange their class schedules to ensure they will have a class together, pitch different Spanish activities to see each other more outside of class and create Facebook pages to stay in touch.

“That’s the joy. They don’t end when they graduate,” Conley said referring to the students’ friendships.

“Senora Conley is a Harding Spanish Department staple. She along with the help all of the rest of the excellent faculty have worked to basically just build this program into such a successful and close-knit group,” Krupka said.