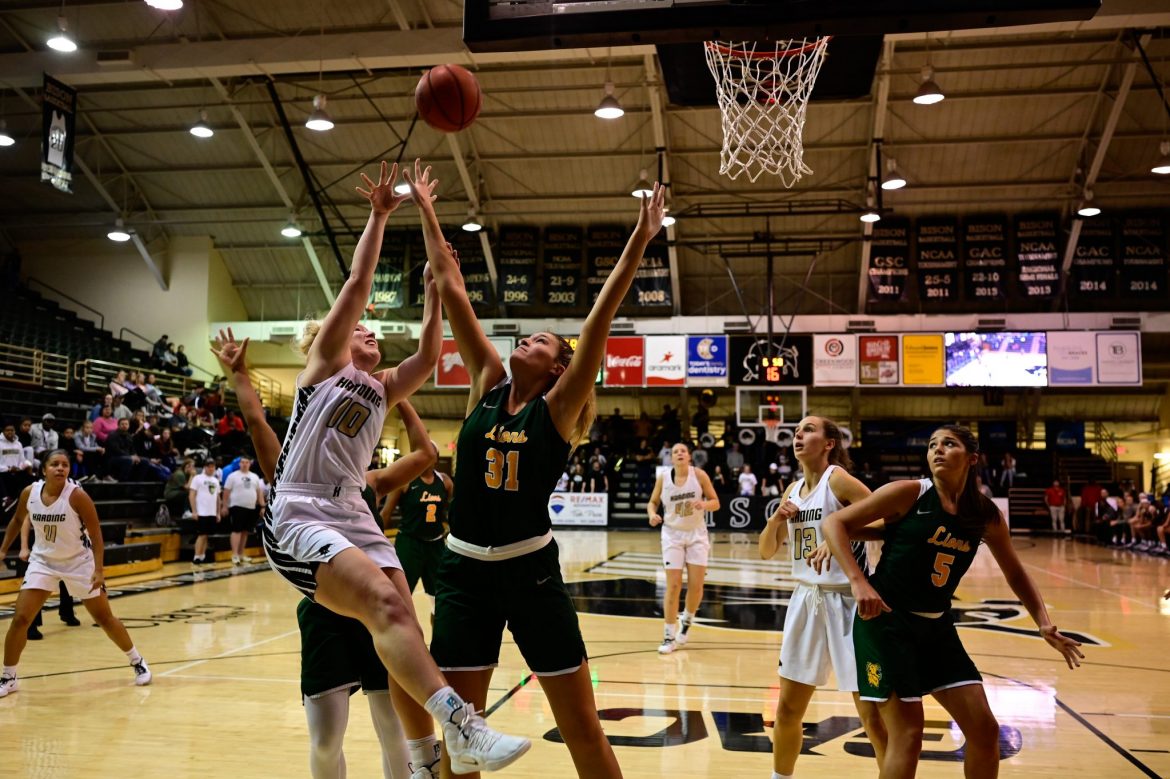 Over the past 10 years, Harding sports have evolved, received national recognition and paved the way for future generations as the new decade approaches.
Head Men’s Basketball Coach and Athletic Director Jeff Morgan has been at Harding for 27 years, and in 2011, he watched Harding move from the Gulf South Conference (GSC) to the Great American Conference (GAC).
“In 2011, the men’s basketball team finished 25-5, was nationally ranked and won the GSC Championship while being named the GSC West Division Team of the Decade,” Morgan said.
This wasn’t the only division change made during the decade. In 2013, Abilene Christian University moved up to Division I, so Harding was no longer in competetion with the Wildcats.
The communication department assisted the athletic program as it made strides in technological advances, allowing people from near and far to keep up with sports. Asstistant professor of communication Tim Hamilton said he believed the incorporation of new cameras changed the way sports were covered.
“The addition of wireless cameras for our football and basketball productions have been the biggest change,” Hamilton said. “Many of the games were produced with just a single camera. Now we use four cameras for football and basketball; multiple cameras for soccer, volleyball, baseball and softball; and we added the all-important centerfield camera in softball a few years ago.”
Assistant athletic director Brenda Seawel has spent the past 11 years in the athletics department and said the program has improved drastically since she’s been there.
“Our student athletes are competing at a higher level and continue to improve in all areas,” Seawel said.“We are also grateful for several new facilities that definitely enhance our programs.”
Such facilities include the Huckeba Field House in 2019, the renovation of the Rhodes-Reaves Field House in 1949, and installation of the practice gym, and new lights added to the baseball and softball fields.
Some of the most memorable moments in Harding sports have been the level of competition on a national level.
“Football making their run to the national semi finals, women’s basketball reaching the Final Four, softball team hosting the Super Regional and one game away from the College World Series, and volleyball’s outstanding season last year with numerous individuals in our individual sports having success as well,” Morgan said.
In 2013, the Rhodes-Reaves Field House was voted “Best Road Trip Destination in College Basketball” and was featured on CBS, which Hamilton and Morgan said was one of their favorite memories in Harding sports.
While memories have been made through the past 10 years and records have been broken, there is still history to be made. This can be seen with junior fullback Cole Chancey.
Chancey was nominated as a finalist for the Harlon Hill award, which recognizes the best player in Division II football. He is the first Harding player ever to rush for more than 1,300 yards in two different seasons. The last time a student was nominated for this award was David Knighton 12 years ago.
Harding looks for success in the future not only on, but off the field. Ending the decade ranked 2nd in the GAC for men’s athletics and 3rd in women’s athletics, Harding is competing at a very impressive level. It’s been a great decade for our Harding Bisons, and it’s exciting to see what the next decade holds.