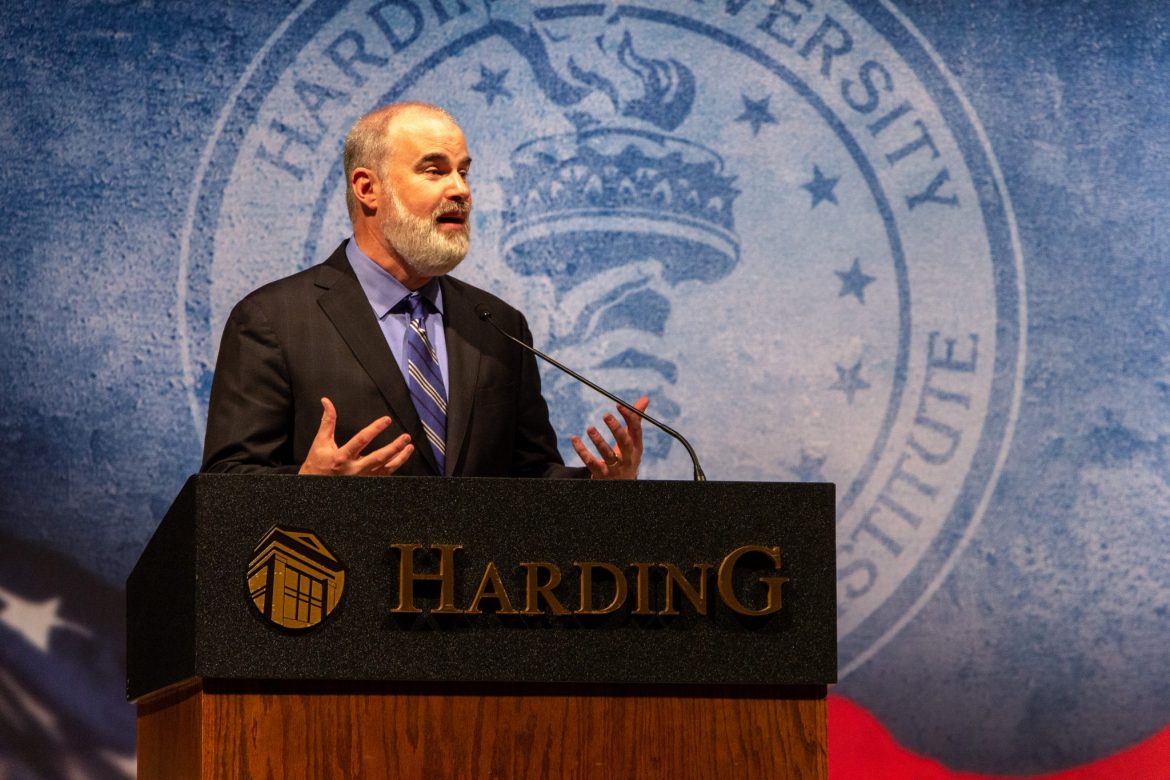 “When I left, I felt more confident in what I was doing.”

The American Studies Institute (ASI) hosted Christian filmmaker Alex Kendrick on Tuesday as part of its Distinguished Lecture Series. Kendrick is behind movies such as “Fireproof,” “War Room” and the recent “Overcomer,” which was released in August. Originally a pastor from Georgia, Kendrick spoke on the topic of pursuing dreams with God’s guidance — a topic that rang true for many in the audience like Blankenship, who grew up watching Kendrick’s movies.

Executive Director of ASI Kim Kirkman said she received more positive feedback after Kendrick’s lecture than after any previous speaker, even though multiple lectures have been more heavily attended.

“He’s the real deal,” Kirkman said. “His message was true. You know, he’s not a perfect person because he’s human, but he lives the message he preaches, which doesn’t always happen. People always preach a good message, but they don’t always live it.”

Kendrick has spoken in many different venues over the years, but he said there’s something special about academic settings.

“I love high schools and colleges, especially from a Christian worldview,” Kendrick said in an interview before the lecture. “I love investing in that group of people, because I was [a student], and people invested in me. It’s an honor to be here and speak here. Campus is awesome.”

Kendrick arrived on campus the night before the lecture, giving him the chance to see the Christmas lights, which he said were beautiful. The next morning, he spent several hours on a conference call; it was the first day of official work on Kendrick’s seventh film project, set to open in theatres Oct. 20, 2021.

Kendrick said his film career only took off when he gave control to God and shut down his own pride. He said he knows how fortunate he is to have been given these opportunities.

“I’m very aware that God gave this platform to me and he can take it away, you know?” Kendrick said. “My job is to seek him and to honor him with what he’s given me to do, because I want to finish well. I want to finish whatever season — however long the season is for me to do these movies and invest in other people — I want to do that well. So that when I’m done and pass the torch, he says, ‘Well done.’ That’s my goal.”

Author Stephen M. R. Covey will be the next speaker in the Distinguished Lecture Series on Feb. 20, 2020, and NFL tight end Benjamin Watson will speak on April 21, 2020. In addition, ASI is partnering with the Honors College to host investigative journalist and Harding alumnus Jerry Mitchell on March 24, 2020.