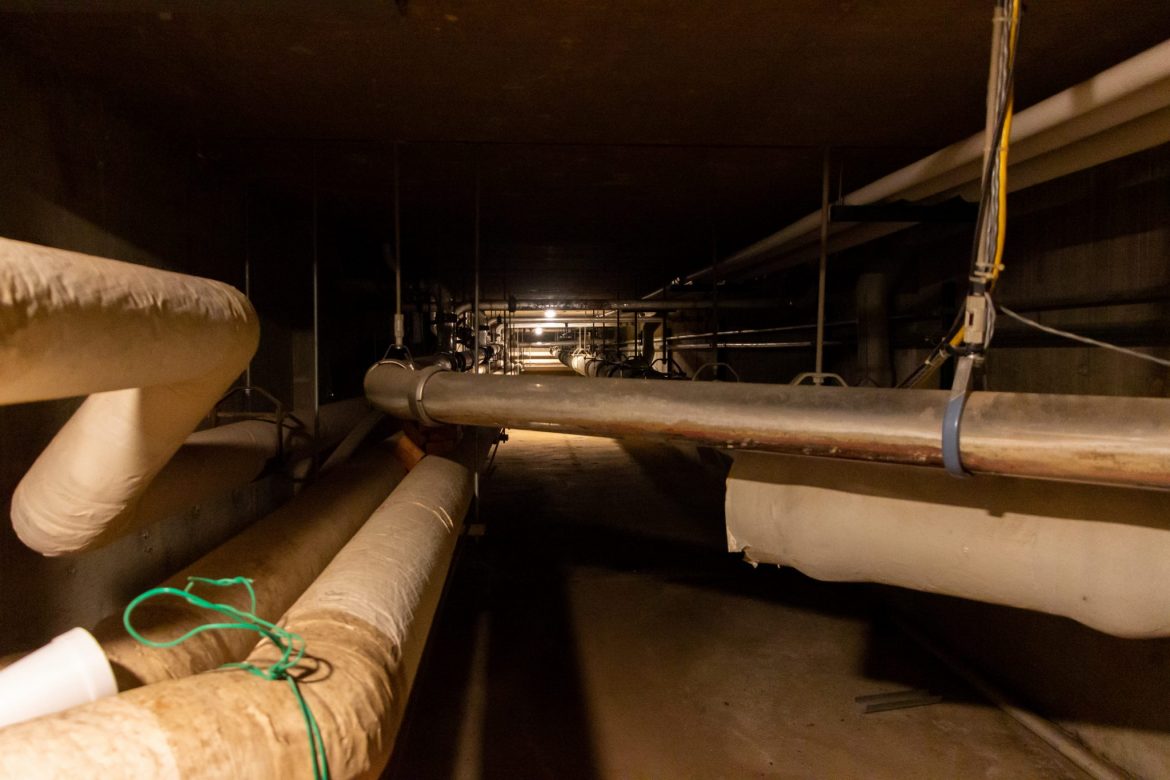 Three years ago, the Pryor-England Center for Science and Engineering allowed a Harding organization to give tours of the tunnels that run beneath the building. However, the tour only included about half of one tunnel.

The Harding University American Chemical Society (HUACS), Biology and Pre-Pharmacy clubs decided to revisit the tunnels this October. Senior Sydnye Shuttleworth, HUACS president, proposed the idea to attempt a new and improved tunnel tour — this time with a haunted tunnel option on Oct. 31.

“It has been three years since we have done a tunnel tour, and when they did it three years ago, it was actually flooded — or most of it was,” Shuttlesworth said. “So what we are showing this October is going to be so much more.”

According to Pre-Pharmacy Club president sophomore Matt Soto, the tunnels are kept locked up and under wraps. Soto said when he asked around to gauge the amount of student interest in the tunnels, he found that most students had never heard of them.

“That is something that adds to the mystery and makes it even cooler,” Soto said. “Nobody knows about the tunnels, and they are hardly ever open.”

Members of the clubs said they think there will be a good turn out if for no other reason than curiosity.

“I am thinking that it is going to be a pretty big hit based on the response that the Biology Club got at the last plant sale,” Biology Club president, senior Claire Keisling said.

The club presidents said the tunnels are creepy just as they are. The organizers said they do not recommend touring if small spaces bother you.

“They do not need a lot of decorations to be pretty scary,” Soto said.

The tours will last around five to seven minutes. From 6-9 p.m., there will be open tours with no intentionally scary elements. From 9-11 p.m., the tunnels will turn into a scary, haunted experience. People from all three organizations will do the scaring. Both tours will have a guide, so no one will be down there on their own.

Shuttlesworth said if you toured the tunnels before, you need to come back to this event. The tour will be substantially more in depth and, of course, shall you choose it, haunted.

All the money raised from the event will go toward local elementary and middle school science fairs — specifically toward the supplies they need to fully incorporate hands-on science experiences.

The Declaration of Independence from media