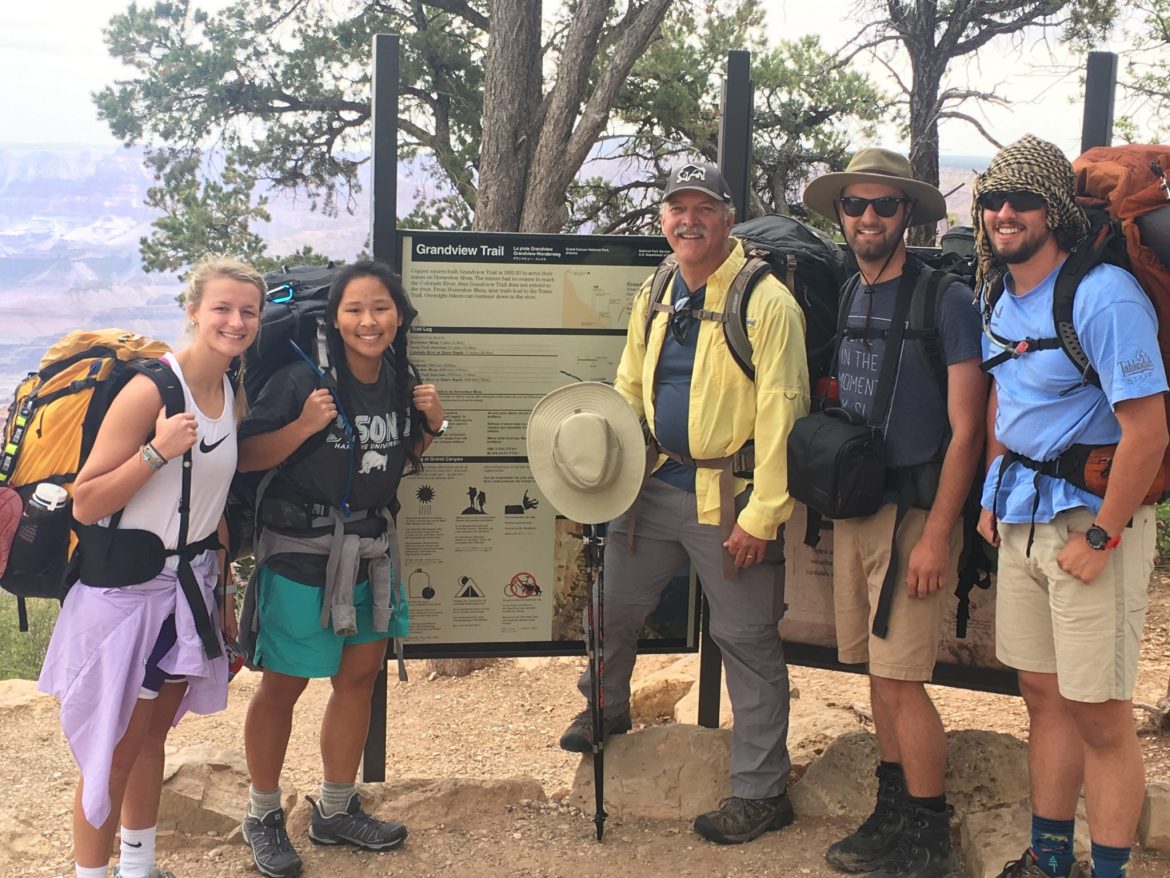 “A Community of Mission” — kinesiology professor J.D. Yingling and his wife, Kimberly Yingling, adjunct kinesiology professor, have found their place in fulfilling Harding’s mission statement. This is what Harding stands for, and this is what it seems to continue to prove year after year through its faculty, staff and students.

The Yinglings have been involved with annual mission work directly impacting the Navajo Nation. They began going to the Reserve spring of 2015 and have gone every year since.

They are now starting a four-week intersession program in the Southwest U.S. called HU-Native.

J.D. said Bixler inspired him to consider being a missionary among the Navajo Nation.

“At that time, I didn’t know anything about the Navajo reservation or much about any Native Americans, but I believe God used Mr. Bixler to plant the seed that would develop into Kim and I getting involved in the work there about 15 years later,” J.D. said.

The idea of taking Harding students to Tuba City, Arizona, inspired the Yinglings, and they began to take them for spring break mission trips. While there, one of their primary focuses was to learn about the Navajo Nation.

Even though the Navajo reservation is still in the United States — primarily in Arizona and New Mexico — their culture is just as different as one from across the world, as the Yinglings soon found out.

“The Navajo and other Native American people groups are beautiful people with rich culture, heritage, arts, religion, history and tradition,” J.D. said. “We went with the intention to support the mission efforts going on there and found that we had much to learn as we fell in love with the people on the reservation.”

Senior Davis Karnes has visited several countries around the world and was surprised by the culture when he went to Navajo Nation for the first time in spring 2018. He said the Navajo Nation was as different as any other country he had gone to.

“I really wasn’t expecting to have any culture shock staying in the United States just going west,” Karnes said. “But going out there kind of feels like you’re in a different world.”

Harding alumnus and Navajo tribe member Nathaniel King grew up with the influence of missionaries who went to the reservation.

“I lived right outside the reservation, but I was directly impacted by the missionaries that came and helped, specifically at the children’s home that I lived in,” King said.

Although King does not know the Yinglings personally, he acknowledged the hard work it takes to come into a completely different culture and help those in need.

The Yinglings said they know God is at work at the reservation, and they are merely instruments he is using.

“God is already there, and the people are very spiritual,” J.D. said. “They have received unjust treatment at the hands of European Americans for the past 150 years, so there is some mistrust there. We are called to go rebuild that trust, show God’s love and build relationships.”

They also hope that their work builds awareness and encourages students to take part in the Native American reservations of the Southwest.

According to the Yinglings, the focus of the HU-Native program is to provide students with hands-on learning experiences through Native American cultures and the beauty of God’s creation in National Parks, National Monuments and Native American sites utilizing outdoor recreation opportunities in the Southwestern United States.