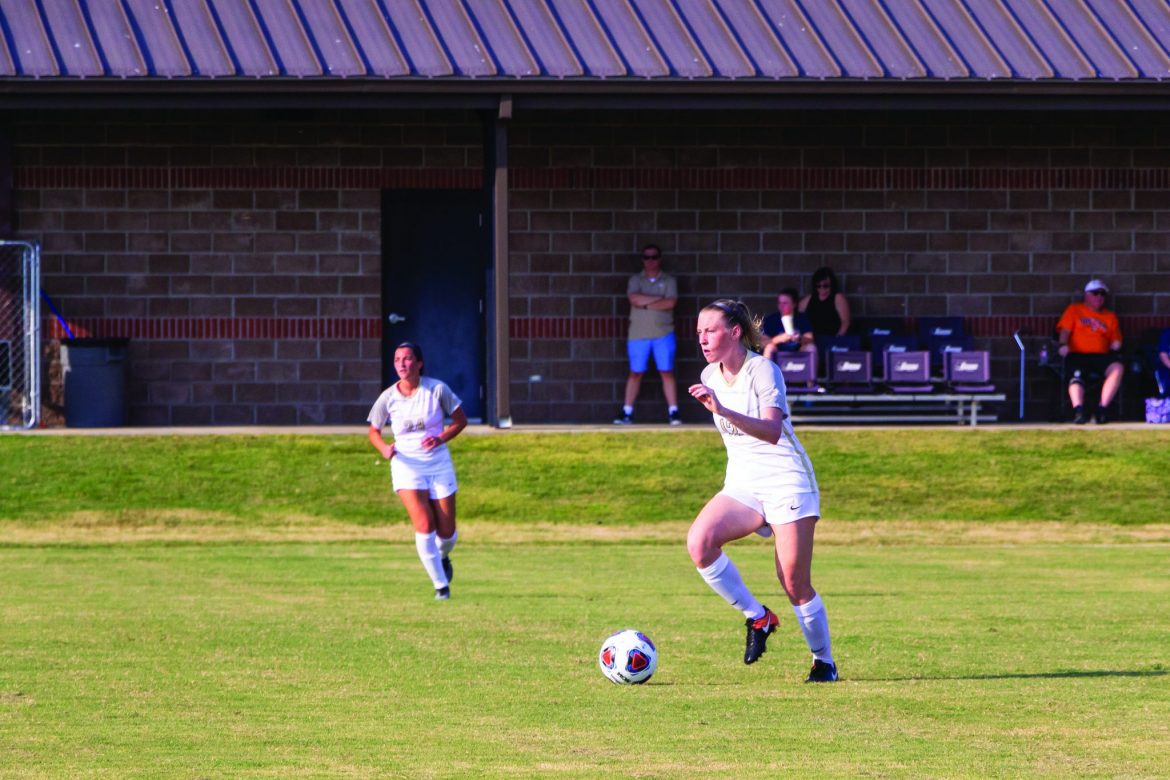 On Friday, Sept. 6, Harding women’s soccer had their first game against Wayne State, winning the game 1-0 in overtime penalty kicks. The game was played as the opening game of the UNK Fall Classic Tournament.

The winning point was held to the last minutes in overtime. Junior forward Melanie Spurgeon was fouled by the goalie in the box and received a penalty kick. Spurgeon found the sweet spot in the right lower corner of the net to win the game. This was her ninth career goal and her third game-winning goal.

“Once I saw that we got a penalty kick, I was 100% confident that we were going to score and win the game,” said senior Michelle Morgan, team captain. “I remember being very excited and so proud of the girls on the team.”

Sophomore defender Samantha Rupe was also elated when she realized this was their chance to win.

“It was a wave of relief because the whole team had been waiting for the opportunity to score, and we finally got the chance, because a win is a win — no matter how big or small,” Rupe said.

Rupe, Morgan and senior goalkeeper Jessica Woessner all played all 100 minutes of the game with no substitutions, a rarity among preconference games. Morgan said they like to give newcomers a chance on the field during preconference games to see how they will face against future opponents.

“I didn’t think anything about playing the whole game, but I do think it is everyone’s goal to get as much playing time as possible,” Rupe said.

According to the players, the team tried to push each other to be the best they can in every aspect of their lives, not just on the field.

“This team is different from any team I have been a part of,” Morgan said. “As we focus on growth through the season, I hope that each individual player becomes a better soccer player, student and Christian.”

Morgan said she hopes that as a senior and a captain, she can help each woman achieve her goals and enjoy every minute of the game they all love.

As well as being the first time Harding has played Wayne State, this was the first time in program history that the Harding women’s soccer team won its season opener in overtime.