Home News Everyone has a Dr. Ganus story.

Everyone has a Dr. Ganus story. 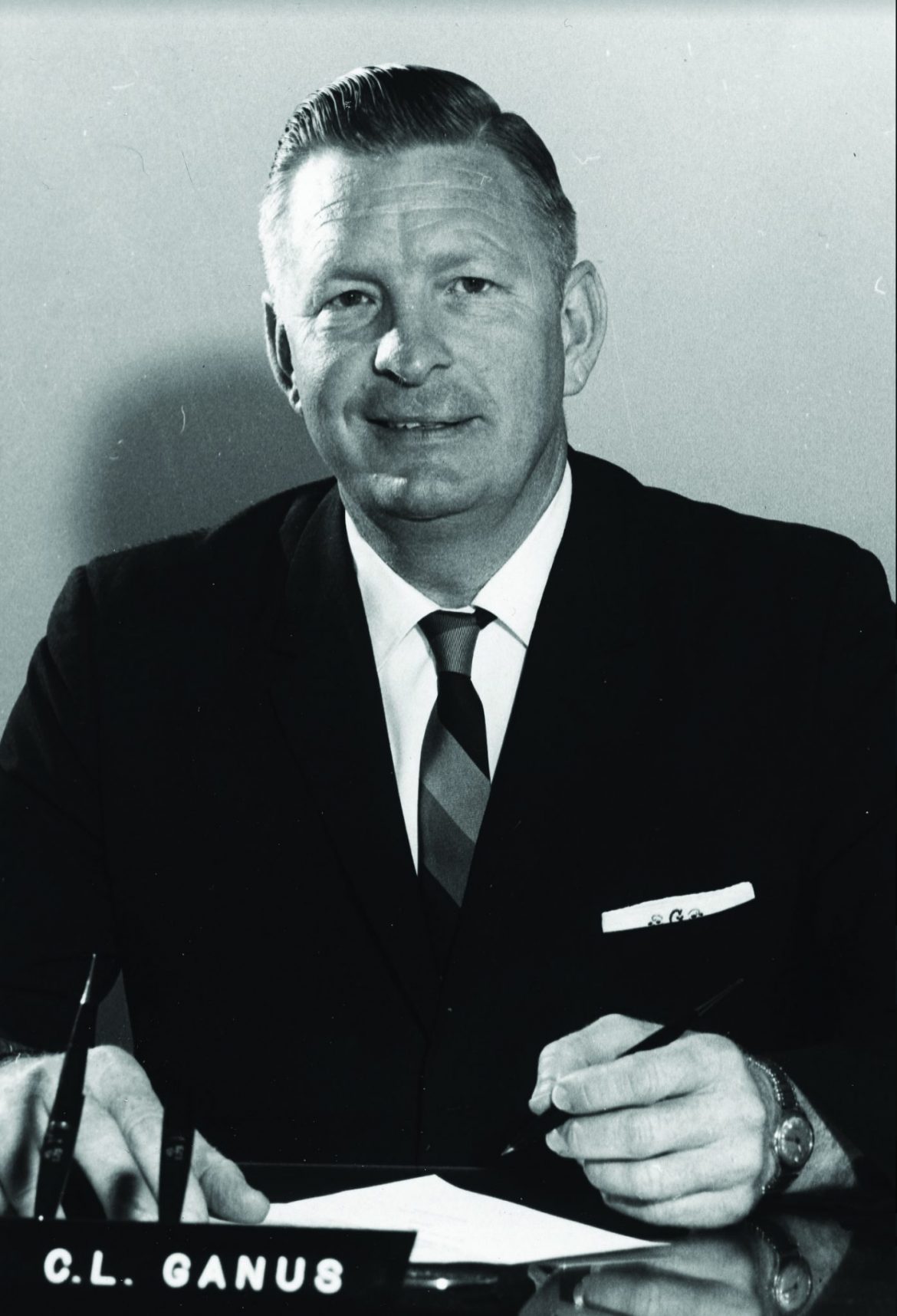 Staff note:
On Monday, Sept. 9, Chancellor Emeritus Clifton Ganus died at age 97. From student to professor to president to chancellor, Dr. Ganus served the Harding community for over 70 years. A humble leader and the No. 1 fan of Harding athletics, Dr. Ganus impacted many lives, and his lasting legacy is sure to impact many more to come.
Dr. Ganus’ Celebration of Life Service will be at 2 p.m. Sunday, Sept. 22, in the Benson Auditorium.
The Harding community is thankful for the life, love and legacy of Dr. Ganus. He will be dearly missed and fondly remembered.

Memories:
“About 10 years ago, the Harding football team was playing at Delta State in Mississippi. After the game, as Dr. Ganus was coming around to shake the hands of the players and coaches … I asked if I could ride back with him. As we got into his car and he started the engine, a cassette tape … [was playing] a commentary on a book of the New Testament. I asked him if he was preaching on that topic soon. He replied, ‘No, but you are never too old to stop searching and learning.’”
Dr. Clay Beason, associate professor and former Bison football coach

*** “Dr. Ganus loved to duck hunt. Early on a cold winter morning, we were wading in a flooded woods, and he tripped and fell into the water. Immediately as he stood, ice began to form on his clothing. As we walked to the truck, he never complained. Dr. Ganus was a tough outdoors man and a gentle person.”
Dr. Lew Moore, professor of counseling

“A few years ago … I approached him and said, ‘Dr. Ganus, Harding sure has blessed my family.’ I meant it as a tribute to his influence on Harding and on my life. He didn’t receive my comment as a thank you to him. Instead, he said, ‘It’s blessed my family, too.’ As if he had nothing to do with the blessing Harding has been on tens of thousands of people. No one like him.”
Dr. Ross Cochran, professor of Bible

“[While speaking at my Harding School of Theology graduation], he was making the point that with our degrees from Harding, we will serve the church better than we would without the degrees. Then he looked straight at me, called me out from the podium, and said, ‘Tim, we expect you to serve with this degree in Searcy!’ Wow! Still not sure if I was in trouble or being encouraged, but all I can say is, ‘Yes sir! We will miss you.’”
Dr. Tim Westbrook, director of Center for Distance Education

*** “About eight years ago, my daughter Sophie [age 4] and I were leaving her swimming lessons in the Ganus Activities Complex … As we were walking down the hall toward the door, we encountered Dr. Ganus, who stopped Sophie to chat with her about swimming … As we went our separate ways, Sophie remarked, ‘He’s a nice man, and I think he must also be an important man, too.’ I asked her why she thought so, and she said that she could just tell by his voice. I told her that his name was Dr. Ganus, and before I could say anything else about him, she said, ‘I knew it!’ She then went on to explain to me what GAC stood for, thinking I must not have known.”
Dr. Amy Qualls, professor of literature

*** “When my kids were young, Dr. Ganus invited us a couple of times to ride in his boat down the White River to eat at Dondie’s Catfish Restaurant in Des Arc. He would always let the kids sit in his lap and ‘drive’ the boat down the river.”
Scott Goode, assistant athletic director for sports information

“Most are aware of how time conscious Dr. Ganus was. I was leading singing in chapel in the late ‘70s in the Administration Auditorium before the Benson was built. I looked down during the song, and Dr. Ganus was on the front row giving me the cut sign. That was the last verse.”
Tom Ritchie, director of recreation programs

*** “In May of 2010, I was teaching at the University of South China in Hengyang, Hunan … Our visitor, among others, was Dr. Cliff Ganus. I was so encouraged that Dr. Ganus was coming to my little apartment halfway around the world in a Chinese city that most people had never heard of before. It was so cool!”
Steve Shaner, assistant professor of communication

*** “I arrived at Harding in 1997 as a professor in the communication department. On my birthday in 1998, I was surprised to receive a call from Dr. Ganus wishing me a happy birthday and thanking me for my service to the University. He called me on every birthday for more than 20 years to wish me a great day. I will miss his call on my next birthday.”
Dr. Dutch Hoggatt, professor of communication

*** “When I worked as a young photographer in PR at Harding many years ago, I would often travel with Dr. Ganus. It was always important to stop for a snack — regardless of the time. Dr. Ganus specialized in hamburgers, and he could describe the best ones at any dive in Arkansas and beyond.”
Dr. Mike James, dean of the Honors College

*** “For our last football trip [as a student reporter], we had to go to Big Rapids, Michigan, in mid-November. We left that day at 8 a.m. and didn’t come back until 7 p.m. Just 20 minutes after we got back to Searcy, I went to the TV studio to work on the game footage, and to my surprise, I looked at the live feed and saw Dr. Ganus on the Rhodes-Reeves Field House watching the basketball games. Unbelievable. This was Dr. Ganus’ last football trip ever, and I am honored to say I was in that trip with him.”
2018 Alumnus Yovani Arismendez