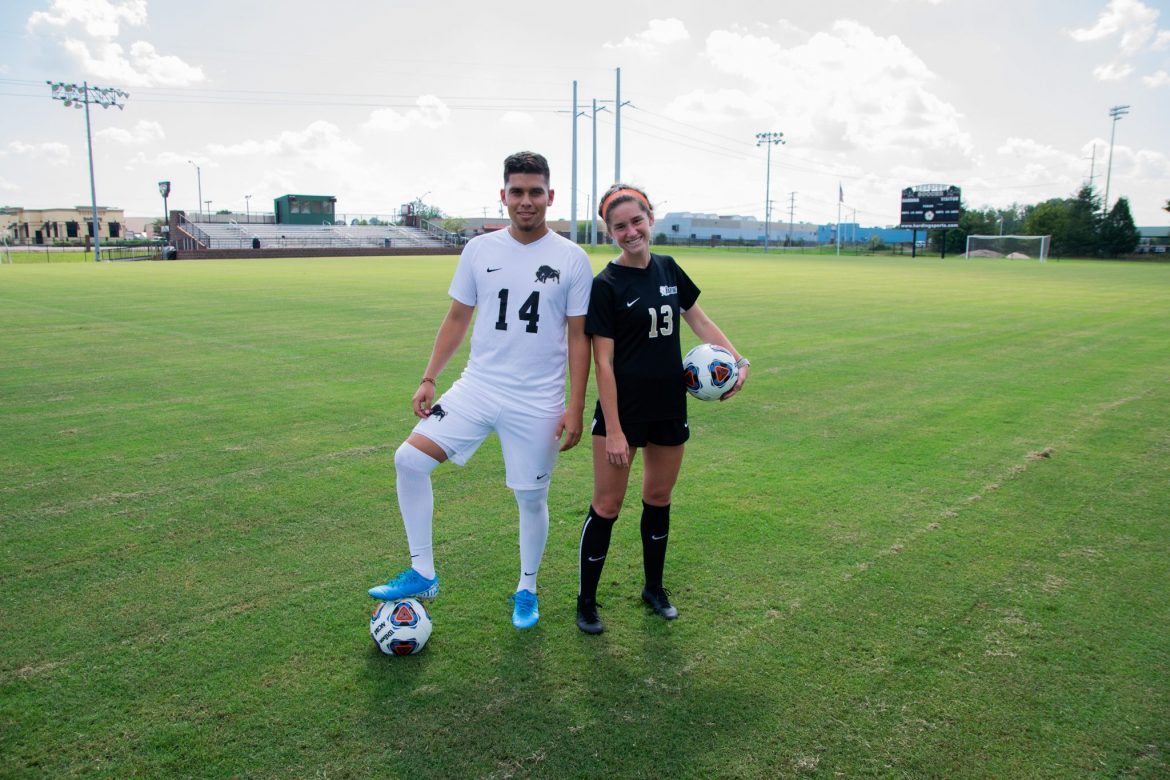 For this upcoming season, both Harding men’s and women’s soccer teams are hoping to step up their game and bring their teams to the next level.
Both teams are currently doing everything they can to improve their fitness and develop team unity in hopes of producing successful seasons.
Junior forward Emma Welch expressed her optimism for this upcoming season as the returning leading scorer for the Lady Bisons.
“As a team, one of our main goals is growth,” Welch said. “Last spring we only had 14 girls on the team, so this year we have tremendous room for growth. Having such a small number of returnees really requires our underclassmen and transfers to step up and bring our team to the next level.”
Harding soccer has gone through a season of improvement. Before this season, members of both teams expressed the challenge they have in front of them, but they show confidence in their ability to outshine their opponents.
Senior defender Michelle Morgan expressed her enthusiasm for the upcoming season. She said she hopes to be a great leader on and off the field and strives to be an example for the rest of the team.
“This season I am personally striving to be a good captain and leader,” Morgan said. “I want to teach what it means to be a good Christian, student and athlete. Of course we want to win and play our best, but this team and sport mean so much more than just winning. As a team, we always look to play hard and honor God with our ability.”
Harding soccer placed first in the GAC conference for the past two years and hope to carry that success on to this year. With challenging opponents in front of each team, they know it will be a fight.
Men’s Soccer Head Coach Jon Ireland said he hopes the team not only has a goal to win, but a goal to grow as individuals.
“My hopes for the season reach far more than just winning games or championships,” Ireland said. “Yes, we want to win our conference championship and reach the NCAA Tournament, but I spoke with the guys the other night about being great men. My goal is to help them understand who they are, where they’re going, and honoring the one who gave them their talents.”