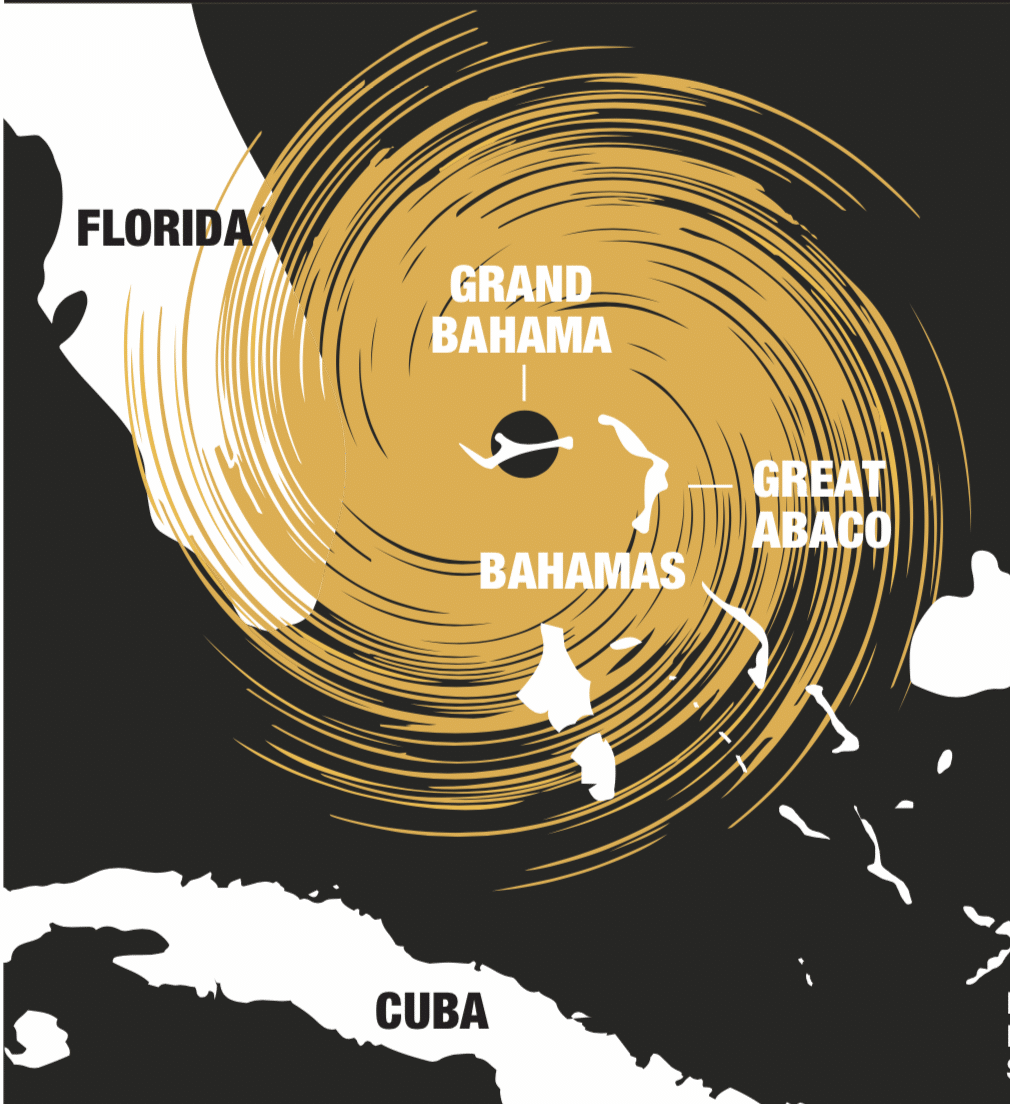 Hurricane Dorian made landfall in the Bahamas Sunday, Sept. 1, as a Category 5 storm and the second most powerful Atlantic storm in recorded history. The massive storm fluctuated between Category 5 and tropical storm classification for almost a week as it slowly made its way up the coast of the East US.
While Dorian’s effects may not be physically felt in Arkansas, many students from areas in the storm’s path have been left dependent on their families and weather notifications for updates, feeling an emotional burden.
Senior Abishai Beneby is from Nassau, the capital city of the Bahamas. His mother, father and two brothers weathered the storm as it battered its way through the islands. Beneby said that, luckily, Nassau was not affected as drastically as other locations.
“They’re fine,” Beneby said. “I was worried about them for a minute because I didn’t hear anything back for longer than they usually take, so I was worried. Then she responded to me.”
According to NBC, Dorian’s drastically slow pace has played a major role in the level of destruction brought about, especially to the Bahamas. The storm pummeled the island nation for almost two full days before moving on, crawling for 15 hours at only 1 mile per hour, NBC reported.
As of early Thursday morning, Dorian had moved past Florida with less damage than was initially feared and began affecting the coasts of Georgia and the Carolinas. In a statement made on Wednesday afternoon, President Donald Trump said Florida came out of the storm much better than predicted.
“We had actually our original chart was that it was going to be hitting Florida directly,” Trump said in the statement from the White House on Wednesday. “It was going to be hitting directly and that would have affected a lot of other states. And it took a right turn and ultimately, hopefully, we’re going to be lucky.”
Junior Kaitlyn Cutshall from Vero Beach, Florida, said storm preparations are nothing new to her and her family. She said her family usually prepares enough to weather out storms in place, with their last evacuation taking place in 2004. For Dorian, however, her family evacuated inland when the predictions seemed bad.
Cutshall said being away from her family while they prepared for and dealt with the slow-moving hurricane was challenging.
“It’s been pretty hard, just because I’m not there helping prepare for the hurricane,” Cutshall said. “And just not constantly knowing exactly what’s going on, because I have to find out through texts, or I have to keep up with The Weather Channel, and I just wish I was there with everyone.”
As of 10 a.m. Thursday morning, Dorian moving up the coast toward Charleston, South Carolina after slightly weakening overnight to a strong Category 2 storm, according to CBS.
CNN reported 20 confirmed deaths in the Bahamas and predicted the Carolinas would face dangerous flooding beginning Thursday. As the storm reached these coastal states, over 240,000 power outages were confirmed in Georgia, North Carolina and South Carolina by mid-morning on Thursday, with most in South Carolina.
Cutshall said she is thankful her family is safe and that Dorian avoided direct landfall with Florida, but that the situation is still scary for many.
“[Pray] for protection and guidance, and with any of the families that are being affected directly to be prepared for whatever happens,” Cutshall said. “You never know what the hurricane is going to do.”
Hurricane Dorian is a developing storm. This article was written and published as of 10 a.m. on Thursday, Sept. 5. To stay updated on storm conditions, check local and national news networks.