Home Passing on the pitch

Passing on the pitch 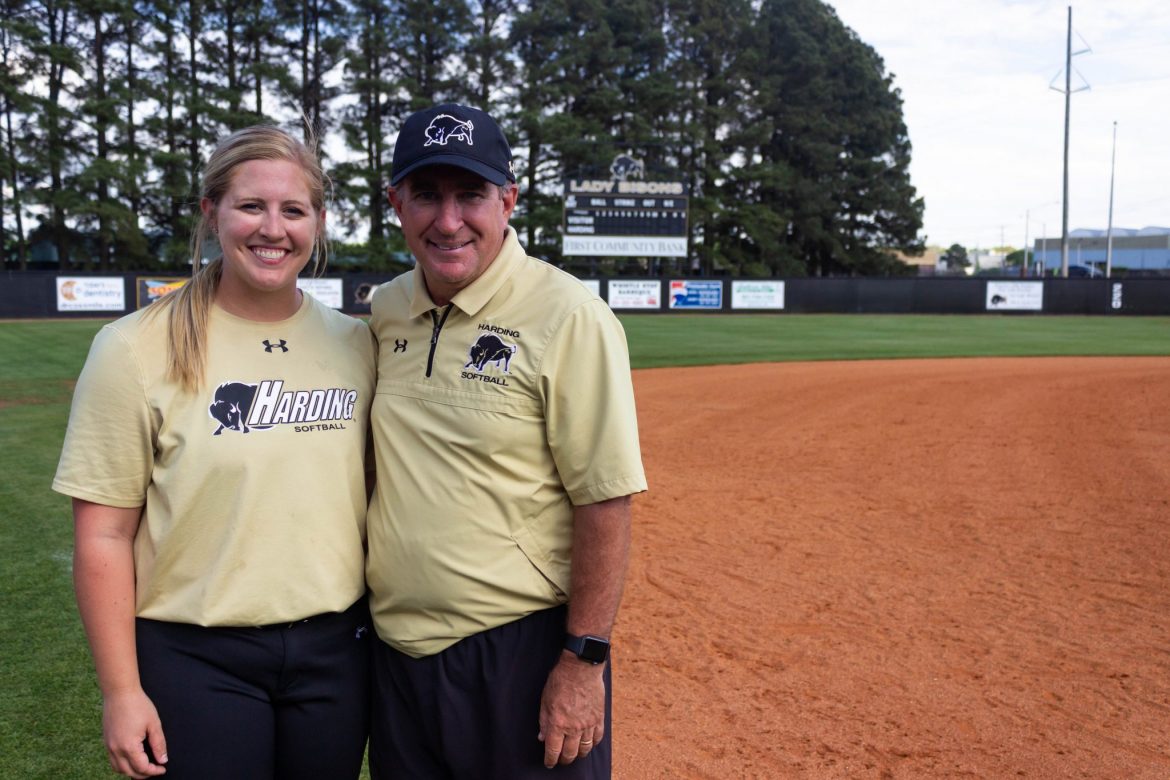 When you picture a dad raising his daughter, you may picture him trying to fix her hair, teaching her his favorite sport or simply reading to her. For Softball Head Coach Phil Berry, having his daughter on his team has given him four more years of memories with her.

“Not too many dads get to coach their daughters at the collegiate level,” Berry said. “We started making memories together when she was six years old playing softball. It is a way we grew up together and a way dads and daughters get to spend together … Instead of her going off to college and being away from us, we got to experience four more years of those same kind of coach-player, daddy-daughter moments that not everyone gets to do.”

Senior pitcher Amanda Berry joined the team as a freshman, which was Phil’s second year as the Lady Bisons’ signal caller. Her dad being the coach on the team was one of many factors why she chose to play at Harding. Their family moved to Searcy when Amanda was in high school so Phil could start the program. She believed in her father’s coaching abilities, admired the girls on the team and liked being on Harding’s campus. Amanda has enjoyed having a parent-coach relationship the past four years.

“Getting to go through college athletics with your parent is something that can be really tough, but ultimately, they are your biggest fans,” Amanda said. “I got to have my biggest fan in the dugout every day. It was always really fun to look over and know that even when I was struggling or failing, he was still rooting for me.”

Both Amanda and Phil said they initially found it challenging to play two roles in each other’s lives.

Freshman Jenna Hipp admires Phil and Amanda’s relationship with each other as well as with the Lord.

“Coach Berry loves Jesus,” Hipp said. “In the fall, after every practice he would ask each of us ‘How did you see God today?’

Hipp said she appreciates how much the team blends softball and their faith in Jesus, and that starts with Phil and is backed up by Amanda.

“[Amanda] has been a big influence on all [of the team members faith,” Hipp said.