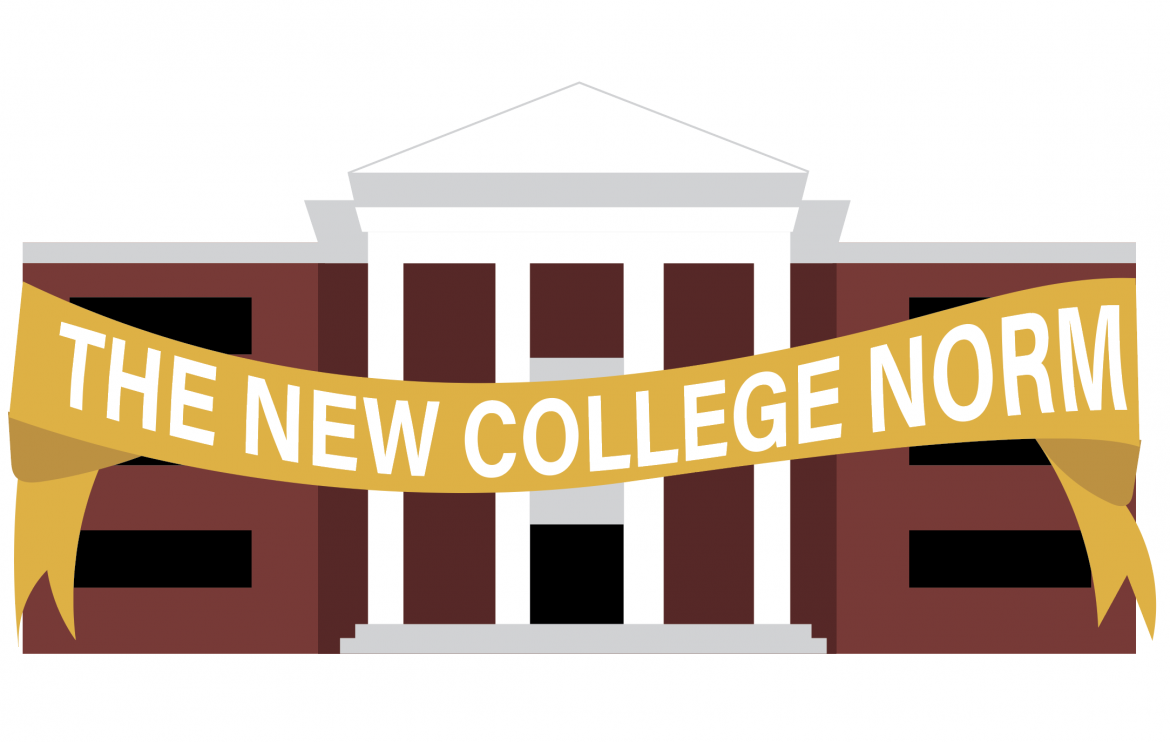 As summer approaches, some students prepare to finish final exams only to turn around and take a class or two during the break. Transfer credits have become a common aspect of the college experience, both in high school and over summers, so The Bison wanted to take a look at how transferring credits works, why students transfer credits and how this affects the university.

To begin the process, students fill out a Transfer Course Pre-Approval form. Katy Stork, transfer records coordinator, then reviews whether or not a course from another university is equivalent to the Harding counterpart. She compares syllabi from the courses, and if she does not have transfer guidelines for a class, Stork said she seeks approval from the departments.

“We always recommend [to] get things to us as soon as you can,” Stork said.

Provost Marty Spears said any class from an accredited university can potentially transfer to Harding as elective credit at the least, but the registrar works with department chairs and deans to determine if one class is equal to another.

Transferology and the Transfer Evaluation System from CollegeSource (TES) are resources accessed through the Harding registrar’s website that list previous courses that have been approved as transfer credits. While the course is not guaranteed for approval again, these resources are a good place to start, according to Tod Martin, university registrar.

On average, students transfer in nine hours of college credit, according to Dana Steil, director of institutional research. About three and a half hours also tend to be through exam credit.

“The most common classes transferred in are those that are frequently offered in high school for dual enrollment or AP credit,” Steil said. “These are mostly English composition classes, some history credits and some math credits.”

ASU-Beebe is a community college in Searcy where many Harding students take summer courses. The Harding registrar is in frequent communication with the ASU-Beebe registrar, according to Richard Counts, associate vice chancellor of academics at ASU-Beebe.

“The broader the experiences of students in any given class, the more rich the educational value in my opinion, including non-traditional, transfer and visiting students,” Counts said.

Stork, who said she rarely sees a transcript with zero transfer credits, said students often cite reasons such as wanting to graduate on time or to take some classes online to make time for a job.

“The student who arrives on campus like I did in 1980 with a high school diploma and no college credit is the weirdo,” Martin said.

Another reason to transfer in credits is to save money, according to Martin, and Spears said grade repair can be another factor. Transfer credits are often liberal arts classes, according to Spears, especially in programs like nursing and engineering.

“Essentially, they’re losing a year of practicing writing when they transfer in dual-enrollment credit,” Engel said. “It just takes time to learn how to write.”

College is expensive, and Engel said he understands the financial motive. However, he encourages students to think about how these core courses lead to well-rounded and educated students.

“What you bring in from your education is going to determine what kind of worker you are, what kind of attitude you have,” Engel said.

Having taught high school students as part of Honors Symposium and freshmen in New Testament Bible courses, Sandlin said he has been able to gauge students’ perceptions to fulfilling certain degree requirements. Cost and rigor are driving determinants, according to Sandlin.

He is quick to disclaim, however, that he believes it is often not even about the finances.

“If it’s cheaper but harder, people will just take it here,” Sandlin said. “If you live [near] Yale, you’re not taking English 201 at Yale in the summer and transferring it in when you return here. Even if Yale said they’d give it to you for free, it’d be too hard.”

Senior Cora Bonham took 20 credit hours during high school, and once she went to college, she took one or two classes through a community college every summer.

“It makes it a little bit easier on my load during the actual semesters because I think it’s better to take your hard science courses or your hard courses that are for your major at the school that you’re getting your degree from,” Bonham said.

As a nutrition and dietetics pre-med major, Bonham enrolled in general education classes such as theater appreciation during the summers. She said liberal arts requirements broaden a student’s knowledge base and add to the degree, but her major did not allow for many electives.

“It’s a liberal arts university, so I think the point is to get a wide variety in your learning,” Bonham said. “The thing is, if you took them out, and you only did the requirements for your major, then I’m not sure it would be that much different from trade school.”

While members of the Harding faculty and staff recognize students’ needs for transfer credits, many say the well-intentioned student might actually hurt themselves academically if an abundance of transfer credits are present.

Engel said that fulfilling degree requirements by any means possible often eclipses students and keeps them from receiving the full scope of the deliberate liberal arts curriculum at Harding.

“We believe very strongly that these courses aren’t just courses you should think about checking off in order to make sure you’re fulfilling a degree,” Engel said. “It’s something you should invest in because it’s going to enrich whatever you’re learning within your discipline.”

Ultimately, Sandlin and Engel said it comes down to students valuing the quality of their education and picturing it as holistic as opposed to pieced and priced out.

“Students are investing quite a bit of money in education, so you should expect to come away with good content, good knowledge, good skills,” Engel said. “If those aren’t being delivered to you in those classes, then I think you have a right to be upset about that.”

Sandlin said he was able to see these values apparent during his undergraduate studies as a history major at Harding. Looking back, he said he wishes he would have taken the opportunity to take every course — whether opportune to transfer in or not — at Harding.

As a freshman in history classes, Sandlin said his education at Harding, with a focus on faith, allowed him to learn in ways that might have not been possible had he pieced together his degree with outside credits.

“As a Christian liberal arts school, one of the things we believe is that God’s truth is suffused throughout the liberal arts,” Sandlin said. “We study the history of the world to know people who are made in God’s image to learn about sin and righteousness. We study English to think about beauty and the truth we see in novels in light of God’s word.”

“You do, I think, hollow out your academic reputation because you farmed out maybe 20 percent, sometimes, of your student’s education to someone else,” Sandlin said.

Sandlin added that students in the Honors College are often the ones more likely to bring in those credits from high school, particularly from advanced placement exam credit. The high-achieving students bringing in more outside credit undermines the curriculum in place by the university, according to Sandlin.

“How can we say we’re a liberal arts school when we’re not actually teaching many of our students, especially our best students, the liberal arts here?” Sandlin said.

On average, Honors College students, 31 percent of the undergraduate student body in spring 2019, transfer in approximately 10 hours of credit from outside institutions, and approximately seven hours are earned through high school advanced placement exam credit, according to Steil.

Although there may be a devaluation of individual learning and long-term academic reputation at the university level, Sandlin said a larger issue is to blame.

Sandlin and Engel outlined areas in which focus can be shifted for students and the university.

For starters, students should be more open to seeing the full scope by which the curriculum is designed, according to Engel, and one way this can start is with academic advising.

“I think advising can and should be better, in a way that faculty across the board should try to advise their students to go into these classes with an open mind, not an attitude that it’s something you have to get out of the way but to explore it and see what you can get out of it,” Engel said.

Sandlin believes that this remedy also begins by focusing on what he coined “excellence at the grassroots level.”

“We need our general education classes to be our best classes that we teach, and if we’re doing that with real-deal excellence, it will be easier to talk people into it,” Sandlin said.

Sandlin, a member of the liberal arts committee, said the committee is also actively exploring options for revising how Harding structures and examines its liberal arts courses to be of the most benefit to students, both from a financial and academic perspective.