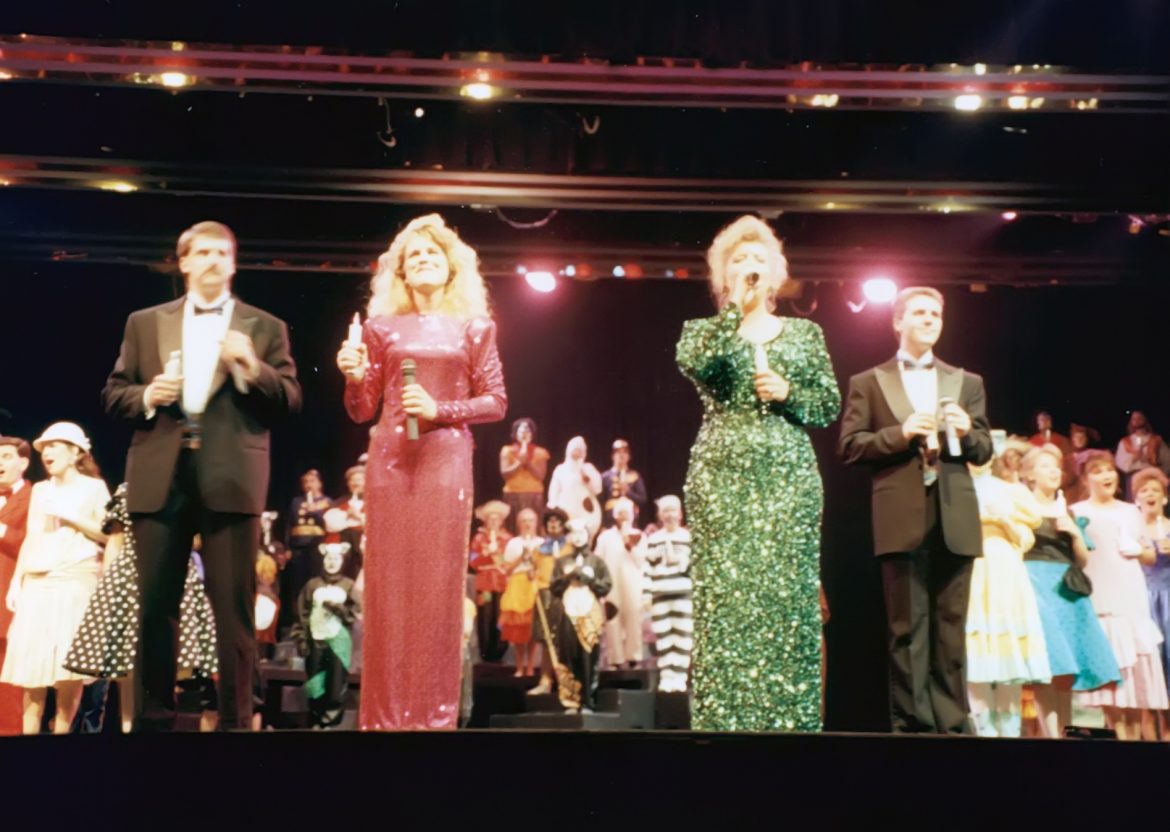 In 1973, Nancy Hatfield, her suite mate, and her suite mate’s boyfriend created the first Spring Sing performance, and over 40 years later, she often returns to what has become a Harding icon.

Hatfield returned to Spring Sing one year as a judge. She said the difference in technology from her time as a student to now is like the difference between landline phones and cell phones, and the electronics took the show to another level.

While Hatfield might have the closest connection to Spring Sing, several alumni who followed also return to campus for the annual show.

Alumna Katherine Stinnett, who graduated in 2018, said coming back to campus is a time of both reunion and nostalgia.

Spring Sing has been a part of Stinnett’s life since she was a child. She said she remembers her parents taking her as a kid to see Spring Sing, and she dreamed of the day she could follow in her older sisters’ footsteps and participate in Spring Sing herself. During her freshman year, Stinnett participated with women’s social club Zeta Rho and men’s social club TNT on stage and went on to become a Spring Sing director during her sophomore year.

“It’s fun and familiar, but it’s also strange at the same time because Harding carries on even when you’re gone and your friends are gone,” Stinnett said.

Alumna Katrina Southwell, who graduated in 2009, first participated in Spring Sing during her sophomore year and directed the following two years. She has come back to campus multiple times  for Spring Sing. Southwell said Spring Sing is a wonderful opportunity to catch up with friends.

“It really allows us a place and a time to come together that we usually wouldn’t,” Southwell said. “It’s hard to get everyone together, but with Spring Sing … everyone plans to go.”

Both Stinnett and Southwell emphasized that participating in Spring Sing has given them friendships and opportunities unique to the show. Stinnett said one of her best friends was her Spring Sing director from her freshman year.

Besides friendships, Southwell said Spring Sing has provided her with valuable tools she was able to use in her career.

Both Southwell and Stinnett encourage anyone who is thinking about participating in Spring Sing to go for it. Hatfield also felt that Spring Sing is beneficial to both the people who make it happen and those who watch it.

“I think it’s entertaining to the audience, and I think it’s a great opportunity for the students to feel like they are a part of something, and whether they’re in a club or not, they can still connect with the group,” Hatfield said. “Then you have a whole new circle of friends every year.”