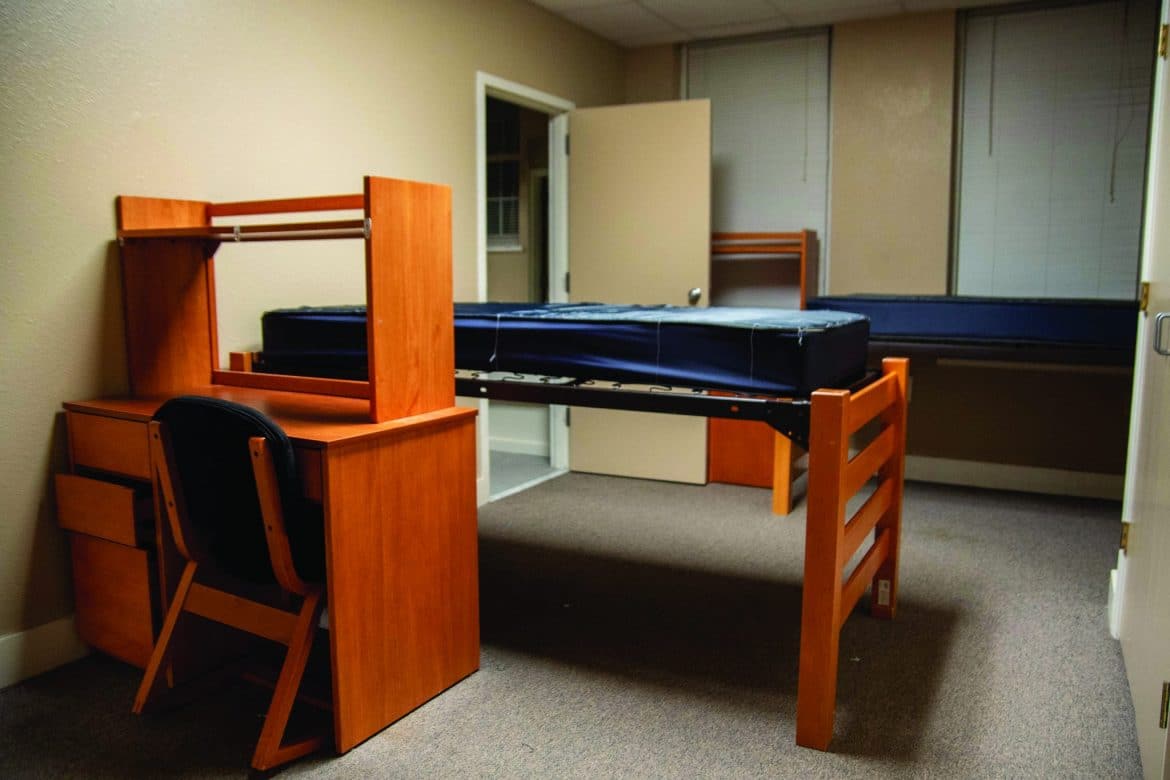 Despite student speculation that entire floors of residences halls on campus are vacant this semester, Director of Residence Life Kathy Allen said empty rooms are dispersed throughout campus dormitories and are a regular result of spring student retention and housing changes.

Allen believes a season of low enrollment has led to these rumors regarding housing options. She said the enrollment flux is, however, responsible for a change in fall privileged housing. Allen said privileged housing was designed to give upperclassmen the chance to experience a “realistic living experience” before they graduate.

For the 2019-20 academic year, the number of privileged housing beds will decrease from 188 to 175 for women and 156 to 140 for men, according to Vice President of Student Life and Dean of Students Zach Neal.

“In terms of Legacy, there aren’t that many fewer spots offered,” Allen said. “It’s not as big of a reduction as people are thinking considering it’s less than a 10 percent difference.”

Neal said that while an entire Legacy building will be designated in the fall as rental property, not privileged housing, this does not “remove opportunities of living for students,” it transfers the eligibility of that apartment space to qualifying graduate students, married couples, faculty and undergraduate students.

Junior Brylee Black, who currently lives in Legacy Park, applied to live there again for her senior year but said she will have to stay in Pryor instead.

“They said that I could be on the waiting list,” Black said. “I am definitely going to keep in touch over the summer to see if anyone has dropped out. … Right now, they put me in Pryor to ensure that I will definitely have a room for next semester.”

For eligible upcoming seniors who currently do not have a spot in privileged housing for the fall, Neal said women will likely move into Pryor, Shores or Searcy while men will move into Cone.

“During a given year, because of the flexibility we have with property, there can be changes even all the way into the summer,” Neal said.

Allen said many students believe the misconception that all of Legacy Park is designated to privileged housing when only 10 buildings are considered this semester to be dorm space; the remaining are delegated as rental property.

Allen said that in previous years as enrollment peaked, privileged housing expanded to meet those needs. As housing opportunities developed in the Harding community in recent years with the development of Legacy Park, Allen said that also drove students’ decisions regarding housing.

“In years past, girls would stay on campus [despite having] tons and tons of hours,” Allen said. “As the housing options have improved in the Harding community, more and more girls are choosing to not live in the dorms when they can.”

The Office of Residence Life will contact people to let them know if privileged housing apartments become available.

“If you have come in during your time slot, even if you are on the waiting list for somewhere, you have to trust the system,” Allen said. “We do our best to get people as high on their wish list as they can.”

Tiny Gardens: Supporting a jungle in your dorm room