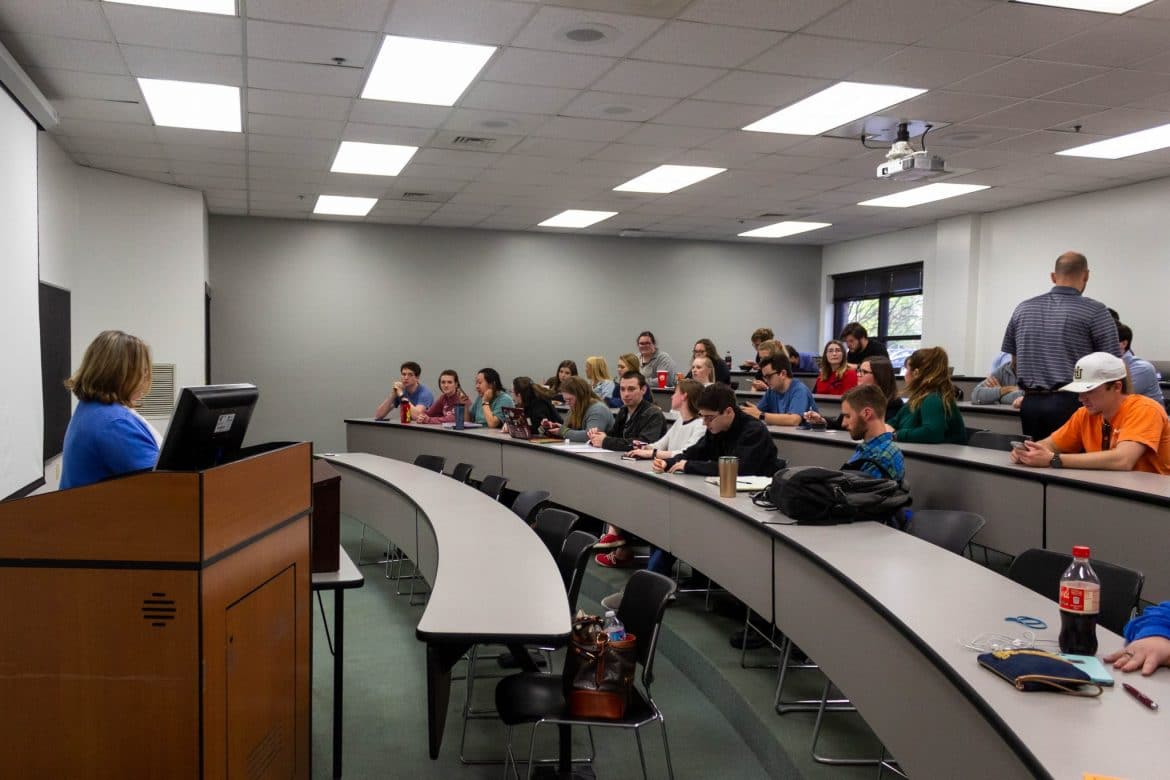 The Interclub Council (ICC) met Tuesday, March 26 to discuss new changes and additions regarding club week and club functions. The ICC, consisting of club presidents and vice presidents who meet on a weekly basis, met with Kara Abston, assistant dean of students, for nearly two hours.

The first change was to the induction ceremony process on Sunday nights of club week. Induction ceremonies must be held between 7 and 10 p.m. instead of lasting until curfew.

Clubs must also end their Friday night activities at curfew and may not sign out for an overnight stay.

In addition to these club week changes, special attention will be emphasized in the following ways: no running excluding athletic events, only 15 minutes of club activity allowed after All-Club Devotional and no activities in the dark or rain.

While mandatory breakfast participation had been previously discouraged, student life deans now plan to enforce the no-breakfast policy, and in lieu of breakfast, clubs will now have scheduled dinner times in the evenings.

Abston said these changes are occurring because of constant analysis. She said the deans are always looking at what goes right for clubs and what needs improvement.

Abston said the club week changes are also a result of feedback from faculty and club sponsors.

Clubs are now allowed to leave the state for a function with permission obtained by the Office of Student Life. In addition, each social club is now allowed four major functions per year instead of the previous three.

“We have allotted for four major functions, so we’re giving students more time for more functions,” Abston said. “The function changes have been really positive, and many students have asked for those changes.”

Senior Brendon Noyes, president of men’s social club Gamma Sigma Phi, believes the club week changes could do more harm than good. He said changing the induction ceremony ending time and allowing functions to be out of state do not have much of an effect on the club, but restricting Wednesday evening and “preventing clubs from staying out overnight on Friday night actually have a large effect.”

“We’ve designed our club week for the past 18 years to be a specific way that makes every day equally important to the message of the week and the message of the club,” Noyes said. “By taking these aspects away, it could potentially impact the amount of pride the new guys have after the week [is over] as well as the quality of relationships that usually form.”

Noyes said he believes club week is something everyone looks forward to every year, but that may fade if changes keep happening.

“By taking key club aspects away and refusing to listen to what the majority of the students actually believe regarding what makes campus social life great, the administration very well could be hurting the ability to make real relationships happen here on campus,” Noyes said.

Senior Emory Rockwell, president of women’s social club Chi Omega Pi, said her club has a prayer walk and testimony on Wednesday evenings, and the new time restriction will keep them from fitting in both.

“Having the new girls give her testimony of what the club has meant to her has always been important to hear,” Rockwell said. “To us, it is a culmination of the rest of the week. We get to hear about the week from different perspectives while getting to know the new members better.”

The function changes have fostered a positive attitude among club presidents, vice presidents and club members, but the club week changes are inciting different feelings. Rockwell said she was frustrated by these changes.

“Being in multiple executive offices in Chi Omega Pi, I have always followed the rules very carefully; as a club, we have stuck to the rules,” Rockwell said. “It almost feels like our club is being punished for something we did not do.”

Rockwell also fears these changes will have an effect on the future generation of students that join clubs.

“As a whole, our club has encountered a problem with apathy among old members,” Rockwell said. “I worry that future generations will not feel as close of a connection to the club because of the week being more ‘restful.’”

“That night involves some of my fondest memories at Harding because I feel like that’s when [inductees] see they have a brotherhood that loves them,” Foshee said.

Foshee said club week is stressful for both inductees and non-inductees, but he believes that social clubs are worth the stress and the effort.

“Looking back on my experiences with club week, I wouldn’t change a thing,” Foshee said. “I see that I have been a part of a special process that gives our club the privilege to welcome in new brothers. In my opinion, it’s all worth it, and I loved it just the way it was.”

Neal said they will continue to focus on committing to service, being Christ-like and welcoming new members.

“We strive to provide an incredible social experience while not distracting from academics,”Neal said.“With this balance in mind, every year we remind students of the focus and goals of the social club process, but every few years we make a special emphasis in order to maintain good communication.”

The new changes will be effective fall 2019.

Shifting Focus | Chill out about tomorrow