Home Sports Women and Athletes: One in the same

Women and Athletes: One in the same 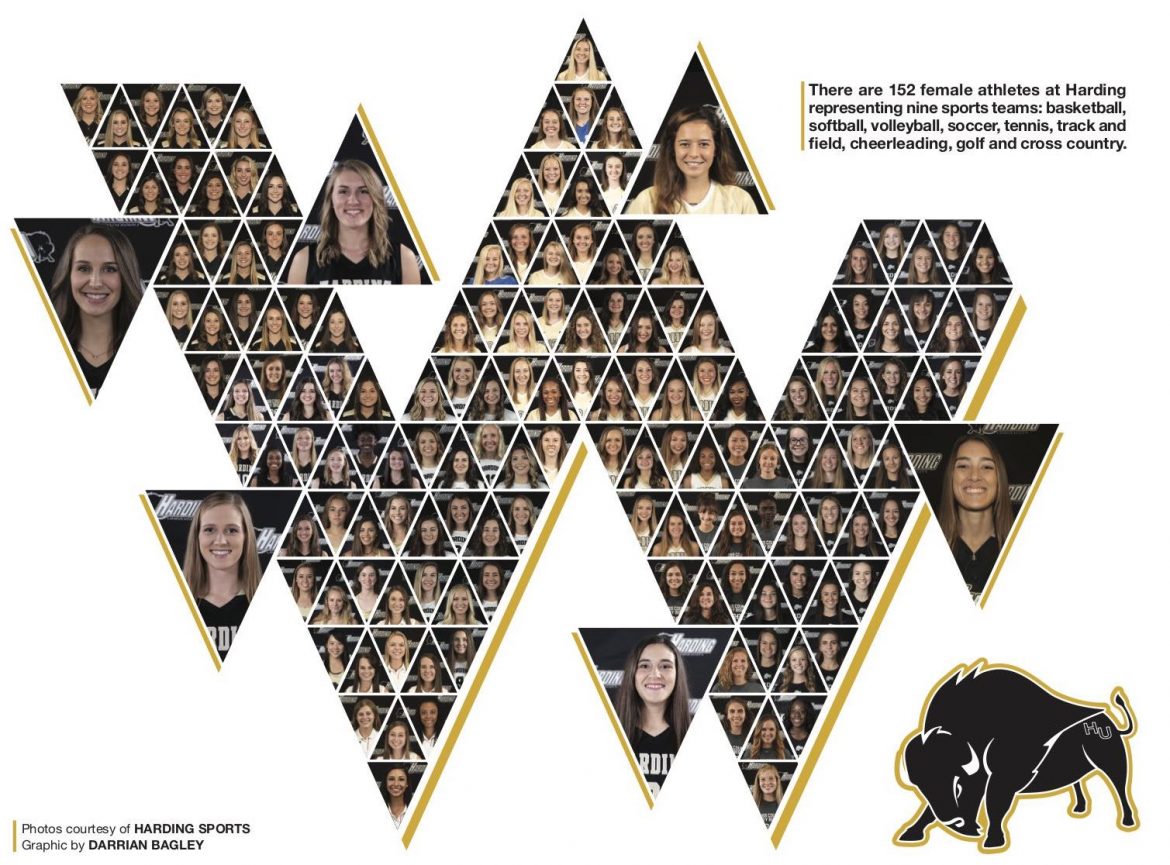 From the days of Lusia Harris, the first woman to play in the National Basketball Association, to today’s female athletes who are featured in advertisements for the world’s largest sports apparel company, women in sports have made leaps and bounds. Despite the changes, one fact has always remained: women have a strong desire to compete on all levels.

Caples said that one issue women athletes face is the stigma that only masculine women play sports and that sometimes women feel they have to choose between being feminine or being athletic. However, she said at Harding people give her nothing but respect when she tells them that she is on the basketball team.

“Everyone I talk to will say, ‘wow that’s hard, props to you,’” Caples said.

Padgett said it can be challenging to overcome the stereotypes associated with some women’s sports, especially in high school, but she said it is important to be around people that encourage her to just be herself.

“It can be hard because it can make you second guess yourself and think, ‘is this what I really want to do?’” Padgett said. “I’m not saying that it goes away in college, but for me it has not even come into the forefront of my mind. I think it is just part of growing and being confident in who you are.”

Webb said that she is also grateful for the interest that her professors have in her athletic success.

“I have a class this semester where every time I walk into class my professor talks to me about basketball,” Webb said. “I think it’s so cool that they want to come to the games.”

Sims said Harding is more than just encouraging to her as an athlete, and she is thankful to be able to play at a faith-based institution. She said Harding not only teaches her ways to improve her basketball craft but allows her to grow as a person as well.

“I think that it is really cool that we have a way to creatively express our emotions through basketball,” Sims said. “But, we can also be salt and light to people too.”

Freshman Hanna Jones plays second base for the softball team, and she said starting college as an athlete can be scary, but her teammates are always there for her.

“As the months have gone by, I have seen so much growth in myself as a person,” Jones said. “I can’t wait to see where I go from here.”

Padgett said as roles of women in society start to progress further, that progress feeds into sports as well. She said she is excited that it is now more accepted for women to show emotion on the field of play.

“It’s OK for women to go crazy and get pumped up for the game and their team,” Padgett said. “I think it brings teams together and lifts people up too.”

Webb said at Harding she feels free to express who she is as a woman and as an athlete. However, to her, those two things do not have to be mutually exclusive.

“You can be classy as a woman and still be able to compete aggressively,” Webb said.

Padgett said though women may have different roles and different characteristics, they can blend into one another.

“I think we are slowly redefining the role of women,” Padgett said. “We’re adding on to it and empowering it, and I think that’s a good thing for sure.”