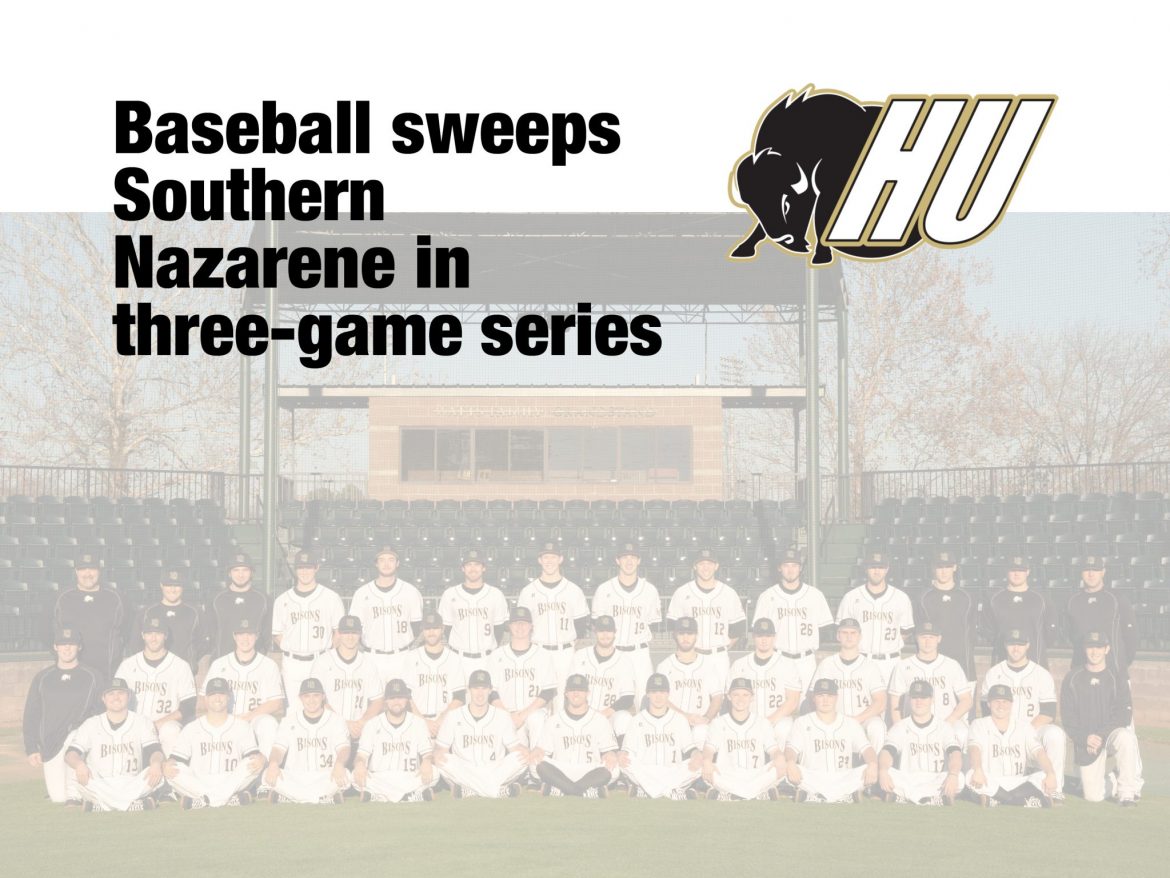 The Harding baseball team collected another win on Saturday, March 23, against Southern Nazarene University in the second game of a three-game Great American Conference (GAC) series at Jerry Moore Field.

After the first three innings, Harding trailed Southern Nazarene 5-2. Sophomore catcher Brendan Perrett closed the gap in the fourth inning with a two-out, two-run double. The score then remained stagnant until the bottom of the eighth inning, where Harding exploded for four runs.

The Bisons first run in the eighth inning was scored on a throwing error, followed by an RBI single from senior left fielder Nolan Fertig. A bases-loaded hit-by-pitch pushed the third run across, and a sacrifice fly from junior Luke Van Dover secured Harding an 8-5 lead.

Junior pitcher Ryder Yakel relieved junior pitcher Logan McCall in the middle of the sixth inning and carried the Bisons for 3.2 innings. Yakel struggled to start the ninth inning, walking the bases loaded with no outs. He then retired the next three batters back-to-back. His outing brings his streak to 28 2/3 innings without any earned runs.

“I knew that I just had to keep the guy on first from scoring and do whatever I could to
make that happen because I knew the guys were going to work behind me,” Yakel said. “So, I was just confident that they were going to back me up and they did.”

In the second game of the day, junior pitcher Ty Hoecker threw seven scoreless innings to earn a complete-game shutout and help Harding to a 4-0 victory. The win was Harding’s fifth straight and pushes the Bisons record to 19-11 overall and 11-7 in the GAC.

“You know it’s always good to go ahead and get that series win and have an opportunity to get a sweep,” Head Coach Patrick McGaha said. “Being able to come from behind and win that game, I think it gave us a little bit of momentum going into that final game.”

Harding’s next game will be Tuesday, March 26, against Christian Brothers University in Millington, Tennessee.

listen. | Love is more than your thoughts and prayers