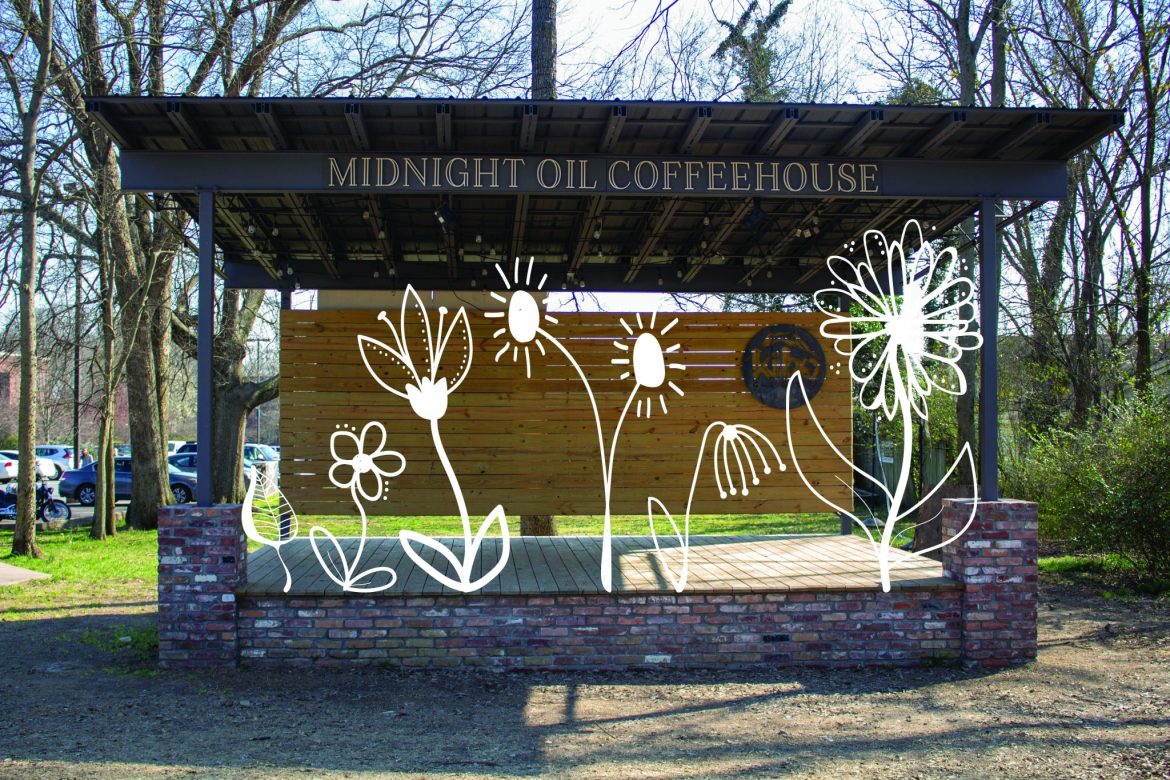 Kibo Midnight Oil Coffee House and the Campus Activities’ Board (CAB) are teaming up to put on an art and music festival tomorrow Midnight Oil Manager Eric Mount said they want to use their outdoor space for a festival like this one every fall and spring.

“We really love to bring people together,” Mount said. “The festival is also a great way to be able to feature local artisans and encourage community members to get outside together.”

Three bands will perform at the festival. The music will start with Nordista Freeze from Nashville, followed by the five-sibling band Dawson Hollow from Missouri. The headliner will be Nobility, another Nashville band whose lead singer, Sean, is a Searcy native. In addition to the music, there will be live painters including local artist Little Rose and Harding students and juniors Morgan May and Meredith Palmer.

“I was honored to be asked to participate,” Palmer said. “I will be painting acrylic on canvas live during the festival.”

For budding artists, there will be a watercolor table set up for kids to get creative, and their work will be featured on the back deck. Several local businesses will be present for the festival as well. Joyful Macarons from Judsonia will be there, Burrito Day will be selling popsicles and Slader’s Alaskan Dumpling Co. will be providing dumplings.

Midnight Oil is also including a T-shirt designing contest for the festival, with parameters that the design must include three Arkansas emblems: the loblolly pine tree, apple blossoms and the northern hummingbird. The winner of the contest will receive a shirt for free and their name or initials will be included in the design.

Seniors Shelbi Bridges and Samantha Shepherd, two public relations students have been a part of the planning process for this semester’s festival. They have been working with Mount to organize the festival for their class project in communication ethics and scripture. Bridges and Shepherd have meetings with Mount weekly to make plans for promotional materials, print ads, videos and other details.

“We contacted the artists who will be live painting,” Bridges said. “And we’re also organizing and recording video interviews for social media, and we will be shooting footage of the festival for Midnight Oil to use as promotion for their festival next semester. We’ve been working with McKayla Mills, who runs the Midnight Oil social media, and she will be putting up posts for the festival starting next Tuesday.”

The Spring is Sprung Arts and Music Festival begins at 2 p.m. tomorrow on the Midnight Oil lawn.