Home Lifestyle The ZZZs of Harding

The ZZZs of Harding 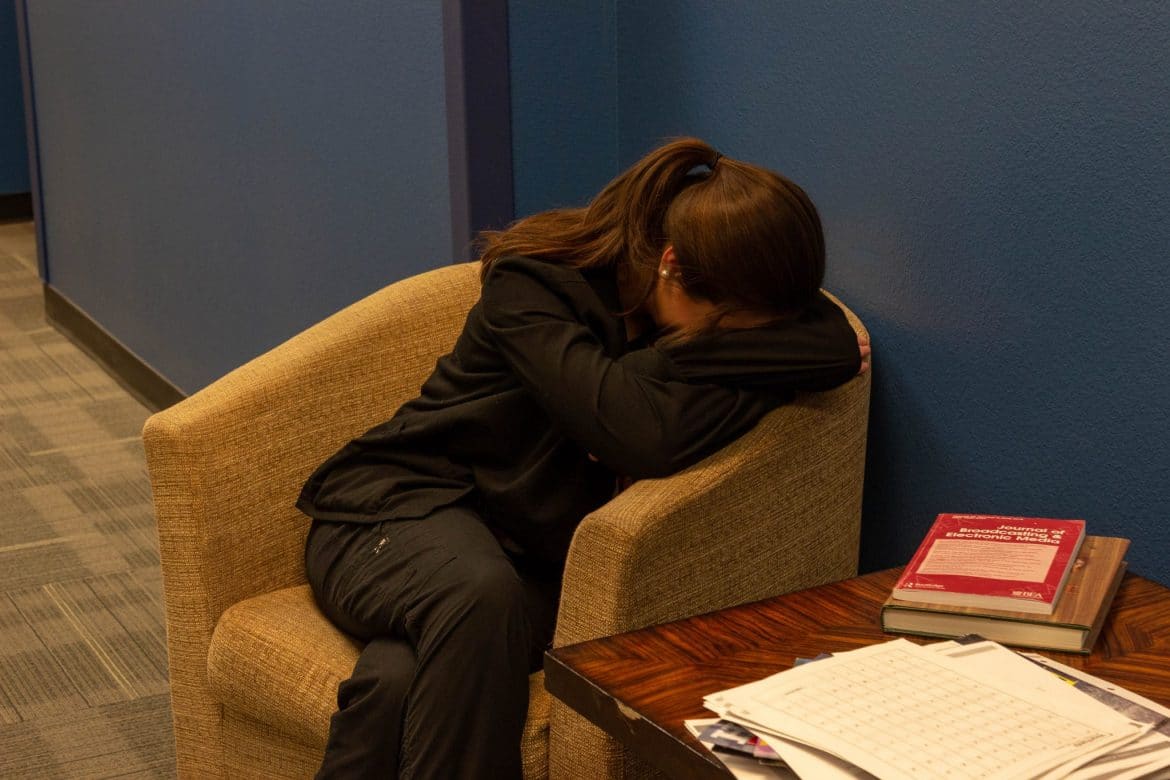 Whether it has been a long week of juggling homework and your social life or you found yourself still watching Netflix well past 2 a.m., naps are an essential part of your college experience. Napping in the middle of the day before your next class or a meeting with a teacher is one of the freedoms you should experience before reality hits and having a real job holds you back from your full napping potential. Sometimes there just isn’t enough time to go back home and take a nap then be somewhere on time. So here are some of the places, on purpose or accidental, that have been used rather than a bed to nap.

When she was a Harding student in 1983 Cheryl White, sales and merchandising coordinator for the Harding University Bookstore, fell asleep with a milkshake in one hand and a donut in the other while studying under a library booth. She said she was found by her crush and they broke up soon after.

One day, communication sciences and disorders major Nic Spelce was so tired he fell asleep on the piano in the American Heritage Building. He does not play piano and does not remember how he got to the piano.

Senior nursing major, Caroline Burch was in her car watching a movie in the Searcy Hall parking lot, taking a break before she did some homework when she fell asleep for at least an hour.

Angela Shaw, operations support assistant in the Harding University Bookstore, was so tired one day that she took a break in the bookstore break room and took a nap instead of eating lunch.

Senior nursing major Courtney Smelser, was so tired one day that she laid down and took a nap on a bench on the Front Lawn.

Stevie Gidden, junior social work major, will rent a blanket in the Brackett Library, head to the second floor and sleep in the booths.

“There are chargers and it’s quiet, a good in between classes nap spot,” Gidden said.

Sophomore communication studies major Holden Montgomery will take three-minute naps in the cafeteria by laying his head on the table during lunch or sit in a chair outside the computer lab in the Reynolds and nap.

Senior biochemistry and molecular biology Will Crews got into a science lab, the one with the bones, and slept because he had an anatomy test the next day and didn’t have enough time to study for his test and sleep.

Junior public relations student Haley Hood had been studying for finals week around the clock so she put some chairs together in the business building and took a nap.

Kendall Carwile, Digital Productions Editor, fell asleep on the couch in the Stu Pubs office, but would like to say it was not while she was on the clock.