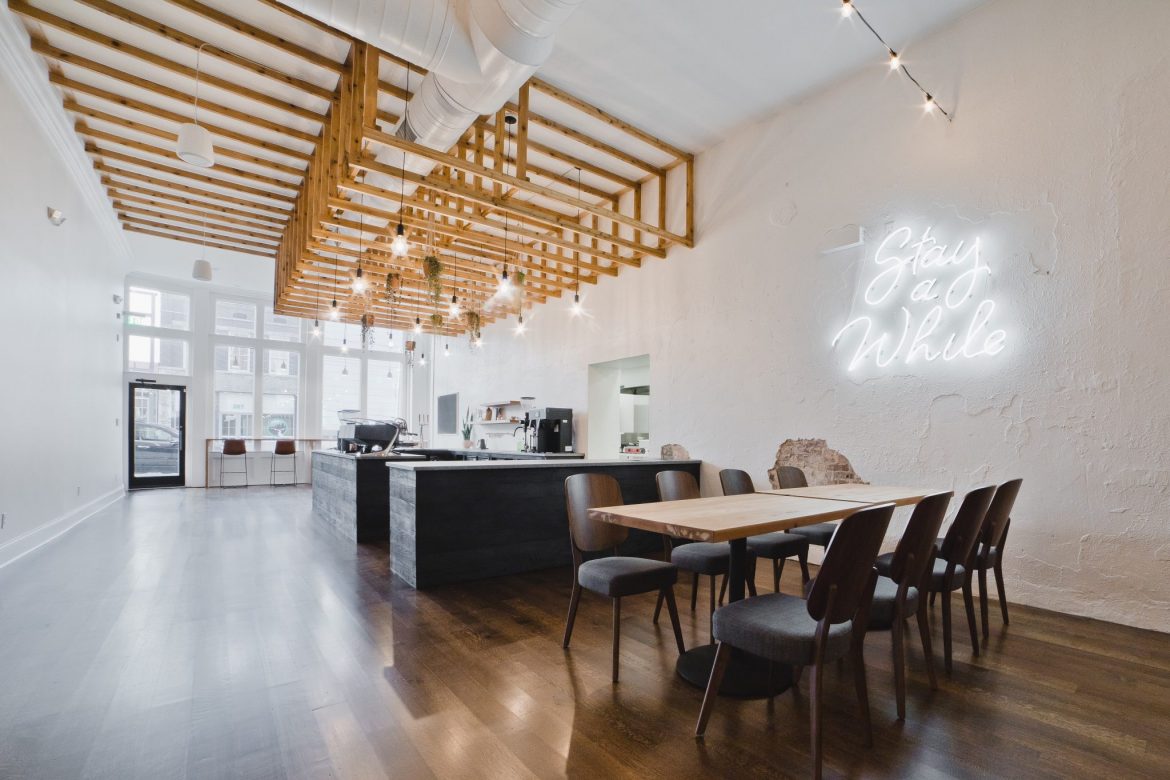 Two young alumni have moved back to the city that raised them and will open Comeback Coffee on March 29. | Photo courtesy of Amy McPherson

Two young alumni have moved back to the city that raised them and will open Comeback Coffee on March 29. Hayes and Amy McPherson, 2017 Harding graduates, moved back to Memphis to build a life together and invest in their community.

“We left for college and were feeling that tear of where to go next, and Memphis always kind of had us hooked, making us want to come back to this place,” Hayes explained. “[The name Comeback Coffee is] a nod to that and it’s also a nod to Memphis as a city. I consider Memphis to be a comeback city, there’s a lot of negativity about Memphis and there’s a lot of plight and struggle here but I’ve always felt that Memphis has a way to always bounce back, a way to come back to something bigger and better.”

Comeback Coffee has been in the works for two to three years.

“It’s been a constant battle working with the city and local government and actually starting the construction process,” Hayes said.“We had to add on a kitchen and bathrooms, so it was a big process but we’ve been dreaming about Comeback since our sophomore year of college.”

While in college, Hayes worked as a barista at Kibo Midnight Oil Coffeehouse. He says that working there helped refine his coffee skills and surrounded him with people that helped shape what Comeback is.

Harding alumna Anna Moseley worked at Midnight Oil with Hayes McPherson.The two were hired at the same time, so they developed their coffee knowledge and skills together.

“Hayes has very natural communication skills, so he always made customers feel welcomed and appreciated,” Mosely said. “Even though we were both learning the ins and outs of the coffee world simultaneously, I feel as though Hayes taught me a lot about coffee, community and connection. He and Amy are true creatives and to have their talents all married into one shop, well that is something special.”

With the establishment of Comeback Coffee, Amy is making two of her long-time dreams come true.

“Ever since I was a kid, I wanted to be an artist and own something,” Amy said. “We didn’t land on a coffee shop until later in college but we both fell in love with the industry and saw it as something Memphis could use.”

In Memphis, Amy works as a designer, often doing branding work for businesses. While doing the design work for her own business seemed like a great idea, she chose to pass that project off to someone else.

“While I enjoy designing, this project is such a big deal to me,” Amy said. “I knew that because of my personality I would never be able to completely settle on a logo that I did myself — I wouldn’t be able to ever stop critiquing it — and also we just had plenty of other work that I thought it would be much more efficient to hand that part of the job to someone else.”

The McPhersons are working together to make all decisions about the future of Comeback Coffee.

“The way we like to look at it is, a 100 percent partnership. No decision is made without consulting each other,” Hayes said. “Amy is definitely the more stable person, the more realistic person, and I’m definitely more of the dreamer of the both of us. We complement each other really well when it comes to the shop and what actually can happen.”

Comeback Coffee, located in downtown Memphis, will offer a variety of coffee and tea as well as a full menu of seasonal food items.

The McPhersons are working on the final touches in preparation for the grand opening. They said that their goal as a shop is to sell quality drinks and quality food, but more importantly, to create a welcoming environment.

“When it comes down to it, we want Comeback to be a place for everyone — where the richest of the rich and the poorest of the poor can come rub shoulders,” Hayes said. “We’re excited to be able to just put our shop out into Memphis and just say, ‘This is y’all’s place too, not just Amy and I’s.’”

Even in retirement, still in love with international programs

Reaching the next generation